At Glamour UK’s Women of the Year Awards, Felicity Jones’ ~rumored~ engagement ring is all we could look at, to be perfectly honest. Sure, there were tons of Hollywood’s best and brightest in killer dresses in attendance. And true enough, Felicity Jones herself was rocking an amazing gown (although we don’t expect anything less from her, because she consistently slays on red carpets). But, like, all of that paled in comparison to the gorgeous ring on her finger, courtesy of fiancé, director Charles Guard. Although neither has confirmed their engagement, so ~whatevs~. 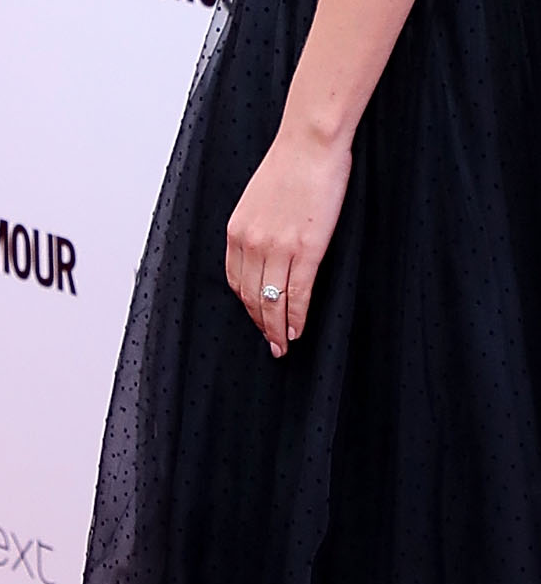 And obviously, we have to take a moment to appreciate the amazing dress she was wearing as an accessory to the rock on her finger. 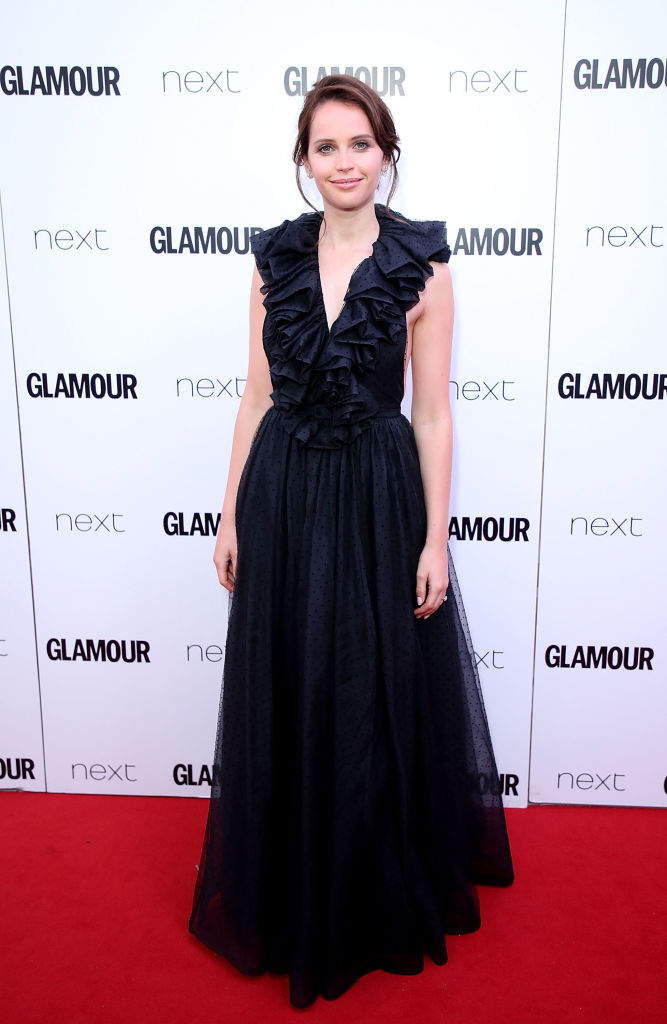 Felicity Jones and her fiancé were together for two years before announcing their engagement this past May. Although we’re slim on deets since the couple is very private about their relationship — which we totally respect — Felicity Jones has made it clear that she’s a pretty romantic person, so we’re sure their engagement was adorbs.

In an interview with The Telegraph a few years ago, Felicity Jones said:

"I am definitely romantic and I love romantic stories — that’s why I keep making romantic movies. It’s funny how seeing a love story never gets boring because it’s the dream isn’t it? It’s the dream to have a true connection with another human being.

Since this quote came out before we believe she was dating Charles Guard, suffice to say the bar was set rather high, so we love knowing that she found somebody to exceed her expectations. And somebody with impeccable taste in jewelry.