Does the celery juice trend have all the benefits it claims? 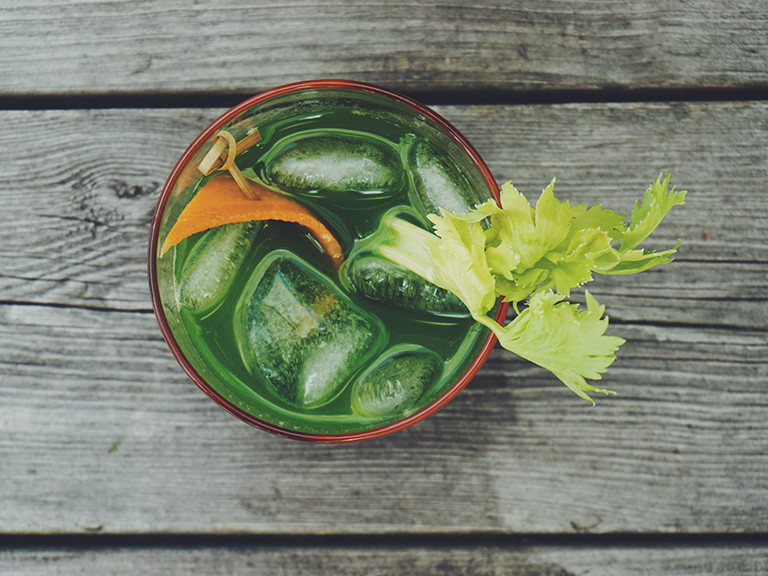 Which celebrity Insta were you looking at when you realized celery juice was a trend? Or maybe it wasn’t a celeb or influencer pic at all, but just one of tens of thousands of posts tagged #celeryjuice.

The movement started with Anthony Miller, a man who calls himself the Medical Medium. He’s not a nutritionist or a registered dietician; as he shares openly on his site, he has no medical credentials at all. He claims instead to “read” people’s conditions. And celery juice? He says on his website that he’s been recommending it since he was a child for its undiscovered healing properties, which allegedly include relief from digestive problems, autoimmune diseases, skin conditions, and “hundreds” of other issues. But does the trend, which advises that you drink 16 ounces of celery juice on an empty stomach every morning, really have all the benefits it claims?

“There’s no scientific evidence showing that celery juice in particular can combat those illnesses,” Rachel Berman, a registered dietician and general manager at Verywell, says. “My feeling about these kinds of trends that highlight one food or a juice is that there’s no silver bullet. Really, when it comes to diet, the more variety you have, the better. Drinking celery juice isn’t going to be something that pushes you over the edge to great health.”

Celery does offer some health benefits, of course — it being a vegetable and all. It’s high in vitamin K, a nutrient that helps with blood clotting. It also contains some Vitamin A, which is important for healthy vision and immune function, though not as much as other vitamin-rich veggies like broccoli. One review of research on celery found that it does contain a number of helpful antioxidant compounds, but concluded that more research needed to be done on any therapeutic benefits of the vegetable. Most notably, it’s made of 95 percent water.

Laura Silver, RD, wonders if many of the people who claim to have noticed the benefits of celery juice were merely gaining them from hydration. “There certainly are tons of people out there who say it cured this and that, and I don’t think people are all lying,” she says. “I just think maybe they weren’t getting enough water, maybe they weren’t eating any vegetables to begin with and now they’re getting some nutrients. Or maybe it’s placebo effect, and that’s okay.”

Clinical nutritionist Alyson Roux adds that celery-juice apostles may be benefiting from the introduction of a daily routine into their mornings. “This comes down to the difference between correlation versus causation,” she says. “Behaviorally, if somebody goes from not eating breakfast every day, starting their day with a cup of black coffee and then running to work and grabbing a quick snack, and then they shift to waking up a little earlier, taking some time to intentionally make some celery juice — that is a complete behavioral shift … So you have to ask the question: Is this the juice or is this the behavior that is changing that person’s day?”

The bottom line: If you want to get on board the celery juice trend, go for it (while maintaining a well-rounded and nutrient-rich diet) — just don’t expect a cure-all. “People think nutrition is so much more mysterious than it actually is,” Silver says. But at the end of the day, this is a fad involving a common vegetable, not a newly discovered miracle cure.