The truth about energy-boosting supplements, according to experts

Do they really work? Here’s what science has to say. 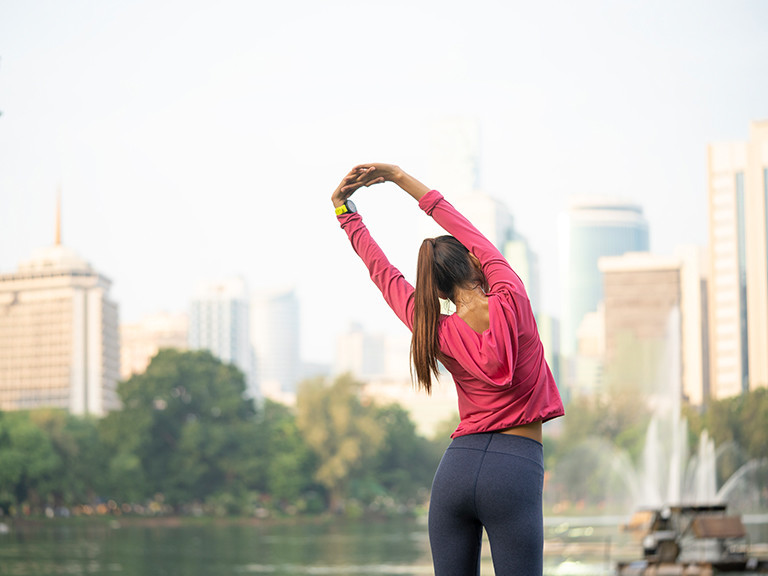 Scroll through social media on any given day and you’ll probably notice someone swearing that a new supplement boosted their energy. But can that be true?

Let’s start with the basics. Energy, in its most literal sense, comes from calories, which come from food. Where certain supplements, and specifically nutrients, can give an assist is in helping our bodies break down that food. “There are nutrients that support energy,” California-based dietician Wendy Bazilian, DrPH, RDN, says. “[But] I would be reluctant to say they boost energy.”

Consider B vitamins, for example. “B vitamins are known to help metabolize carbohydrates in our body,” New York dietician Keri Gans, MS, RDN, CDN, explains. “So, people say, ‘B vitamins therefore give us energy.’” Yes, but only indirectly. “B vitamins break down carbohydrates, [but] the carbohydrates are what give us the energy,” Gans adds. “If you didn’t eat any carbs, B vitamins would have nothing to break down, and you wouldn’t get energy from just [taking a supplement].”

As nutritionist Nancy Clark, MS, RD, CSSD, puts it, “Vitamins and minerals are the spark plugs in the car’s engine. But they need the gas. Because you can have a bunch of spark plugs, but if you don’t have the gas, that car is going nowhere.”

Among the B supplements, B12 is often cited as having an effect on energy—and it does, but again, with a caveat. “If you are deficient [in B12], the side effect may be that you are tired [or] lack energy,” Gans says. In that case, taking a supplement may improve your vitality. (B12 is found naturally in animal products, including fish, meat, eggs, poultry, and dairy, so vegans and vegetarians may be lacking in it.) But if you do get enough B12 in your diet, Gans says, “you don’t just take [more] B12 and feel great…it’s not like you’re going to [take this supplement] and all of a sudden go run a marathon.”

A similar logic applies to iron: If you have an iron deficiency, meaning you are anemic, you may feel sluggish and benefit from a supplement. “Iron’s really important because it’s part of something called hemoglobin, which is the protein that carries oxygen in the blood stream to deliver it to the working muscles,” Dr. Heidi Lynch, RDN and assistant professor of kinesiology at Point Loma Nazarene University, explains. “So, if somebody is low in iron, they might feel more fatigued, especially during exercise.”

Women of reproductive age tend to be at higher risk of iron deficiency “simply because we have a higher need [for it],” Dr. Lynch adds. (The recommended daily allowance for women ages 19 to 50 is 18 mg a day compared with 8 mg for men in the same age range.)

On top of that, Clark notes, many millennial women have cut back on their consumption of red meat—a top source of iron—and traded standard breakfast cereals, which are often fortified with iron, for unfortified organic options. If you’re worried you’re at risk for an iron deficiency, she recommends having a healthcare provider test both the iron levels in your blood as well as your iron “stores” or reserves.

And if you don’t have a deficiency, don’t take iron. “There is a risk of iron overload,” Lynch says. “So, if somebody has adequate iron stores and then they start to supplement, that could lead to excess iron. More is not always better.”

If you're considering using an energy supplement with a proprietary blend, “you really want to go with a well-respected company, and I would encourage people to look for a product that’s been third-party tested,” Lynch says. "Well-respected companies meet or exceed requirements by the Food and Drug Administrations current Good Manufacturing Practices for dietary supplements."

One typical ingredient in an energy supplement with a proprietary blend is caffeine, which is scientifically proven to provide a pick-me-up. “Most of us have experienced this functionally, getting the morning cup of coffee,” Lynch says. “But the way caffeine works with energy is that it stimulates the central nervous system and can also block a receptor and decrease feelings of pain or perceived effort in the context of exercise.” A supplement containing caffeine may, therefore, work to make you feel like you have more energy. But Lynch encourages caffeine consumption through green tea, green tea extract, or coffee, rather than in a pill or powdered form, because it’s easier to control the quantity you consume.

There’s also some evidence around the potential benefits of beetroot supplements. Beets and beet juice are top sources of nitrate, which the body can convert to nitric oxide, which then expand blood vessels and blood flow, thereby upping the delivery of oxygen and nutrients to muscles. But research has only really shown that these supplements may improve endurance and performance in activities like running, swimming, cycling, and rowing—and on top of that, studies have been small, and done with athletes. “Hard to compare [them] to the person who’s about to get on their [exercise bike] at home right now,” Gans says. “There’s promise, but it’s hard to make the comparison valid.”

“Everybody wants the silver bullet and a quick fix,” dietician nutritionist Mascha Davis, MPH, RDN, author of Eat Your Vitamins, says. But the reality is, if you want optimal energy for a workout, you need a balanced snack that contains carbs and proteins and fat.

In some cases, Dr. Bazilian points out, that snack can include a natural food-based supplement. If you’re making a smoothie, for instance, you can mix in Greek yogurt and milk as your source of protein. “Or [you] could [add] whey protein, hemp protein, pea protein,” she says.

Again, though, it’s the food that’s the fuel. “Something I appreciate about even the [word] ‘supplement’ is it’s exactly that,” Lynch says. “The product is intended to supplement, but not to replace or be a substitute for a healthy lifestyle.”

For more information on supplements, visit the Office of Dietary Supplements.