The way people react to typos says a lot about their personality, according to science 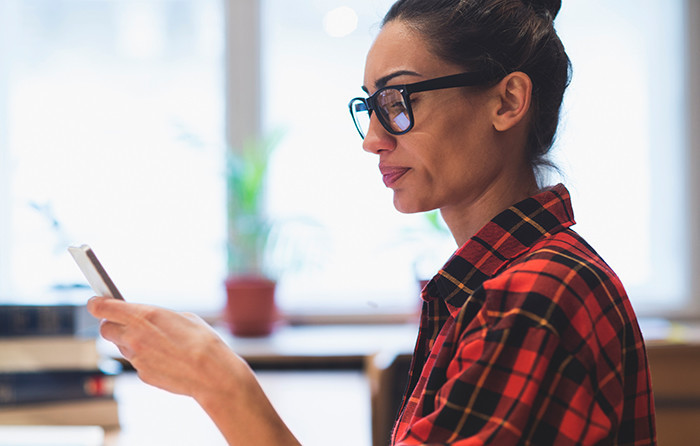 Try as we might to avoid them, typos happen. Swift fingers and small keys make for frequent errors, and not even ducking autocorrect can catch every mistake before we hit send.

But does the universal nature of typos make people forgiving of them? According to one recent study, the answer is no, not really—but even more significantly, the research found that your reaction to writing errors may say a lot about your personality.

For the experiment, 83 native English speakers evaluated messages that were simulated to seem like responses to a roommate ad. Participants read a version of the message that was presented in one of three ways: without errors, with typos, or with grammatical errors (grammos).

Let’s briefly talk about typos versus grammos. For the purposes of this study, typos were misspelled words that ended up generating non-words (such as teh instead of the). Grammos were homophones—misspellings of the intended word (like your in place of you're).

The participants read messages from prospective roommates and also took a personality questionnaire that measured where they are on the scale for extraversion, agreeability, conscientiousness, neuroticism, and openness. Once they finished reading the responses to the roommate ad, they rated the prospective roommate by answering whether the person seemed trustworthy, considerate, and intelligent, among other qualities.

The takeaway? If you get a message containing typographical or grammatical errors, you're probably going to judge the person for their mistakes.

"When a person makes typographical errors or grammatical errors, a reader likes them less," says Catherine Caldwell-Harris, Ph.D., a professor at Boston University in the department of psychological and brain sciences, who was not involved in the study. "I think that's important because a lot of us make typos."

Living with laptops and smartphones means many of us communicate in the (often rapidly drafted) written form, which has much more permanence than a verbal conversation. "The great thing about verbal communication is we don't have proof," Caldwell-Harris says. "There's a lot of room for errors and stops and starts in verbal communication that people forgive that they wouldn't forgive in written."

If you find yourself frequently drafting messages to people over how stupid they are for confusing there and their (yes, it counts even if you don’t hit send), you might consider flipping the mirror to yourself and examining what your emotional response says about you. And it doesn't hurt to remind yourself once in a while that you, too, have probably made a typo or grammo in your life, because it happens even to the best of us.

That said, it's good to keep in mind (say, if you're writing an email to a boss) that people do notice typos—and use them as a way to evaluate you. So if the message is important, proofread your draft before you push it out into the world.

At the end of the day, don't stress out too much about catching typos in every communication. You're already doing enough. "There are so many demands on executive function. Paying attention, staying on task, error monitoring, making sure that everything you did was right," Caldwell-Harris says. "We have to use executive function so much and it's making us fatigued. I would never want to tell anyone to use more executive function. We're at our limit!"

© Copyright . All rights reserved. Printed from https://hellogiggles.com
this link is to an external site that may or may not meet accessibility guidelines.