Stressed at your desk? Get a deskplant

A little bit of greenery can go a long way. 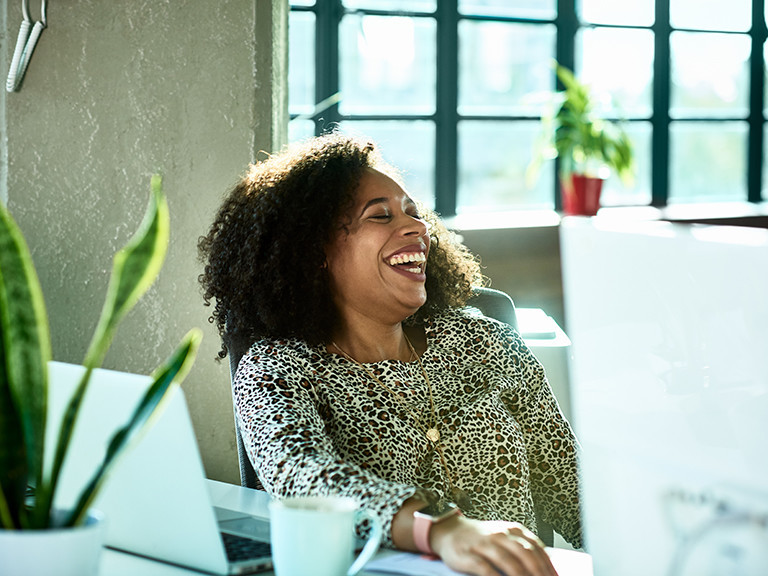 You’ve definitely experienced times when you’re feeling super stressed during the workday but can’t get up from your desk to take a break, like when you’re on an important conference call or drowning in last-minute deadlines. But there’s an easy and affordable solution that may help calm you down: Look at a desk plant. According to a new, small study from Japan published by the American Society for Horticulture Science, taking the opportunity to “gaze intentionally” at greenery may decrease stress and anxiety at work.

The study looked at the stress habits of 63 full-time employees who worked desk jobs at one company. They were first asked to track their pulse rates for a week to assess their body’s stress responses. Then, over a four-week period, researchers instructed them to take a three-minute break when they felt “fatigued” to tend to and/or look at their new desk plant. Participants continued tracking their stress responses before and after interacting with their leafy companions. After the four weeks, participants filled out a standardized questionnaire to determine their mental state and stress levels and provide additional feedback regarding the study.

The study’s authors found that gazing at a plant (even if it’s only for a few minutes) gave participants an opportunity to remove themselves from work and helped some create separation from stressors. After comparing pulse rates from before and during the experiment, researchers found that 27 percent of participants’ pulse levels decreased significantly after tending to their plants. And as for questionnaires, 54 percent of participants reported that looking and caring for a plant had a “positive impact” on their mental health. Interestingly enough, researchers also noticed that having a “mild attachment” to an office plant—choosing and caring for it rather than merely co-existing with it—may intensify its stress-relieving effects. While the study looked at workers in an office, if you work from home and are interested, it certainly can’t hurt to add a plant to your home office setup!

Of course, if you want to enjoy the perks of tending to a desk plant, you need to get one that can thrive in an office setting—which often means opting for greenery that can grow in low lighting and without a ton of maintenance. A great office plant is a pothos or philodendron plant, says Rachel Lyons, a designer at John Mini Distinctive Landscapes in New York, because they grow well in office lights. Another good option: The Chinese evergreen. “They’re a really cool, bushy little plant,” Lyons says. “You can put them on a desk in a pretty dark room and they will shoot up new leaves and flowers.”

If you’re nervous about killing your plants, consider the snake plant. “They’re almost impossible to kill as long as you don’t overwater them,” Lyons says (which is the most common cause of plant deaths). Snake plants need to be watered once or twice a month, while pothos, philodendron, and Chinese evergreen plants need to be watered weekly. If you’re nervous about overwatering your leafy friends, a good rule of thumb is to put your finger in the soil, Lyons says. If it’s still wet 2 to 3 inches down, don’t water the plant.

You also want to avoid having any plant in standing water for more than a couple hours at most, Lyons says; any longer and the roots will begin to rot from absorbing too much water. Overwatering also creates a breeding ground for bacteria and gnats, which will not help with your stress levels at work.

This isn’t the first time science has extolled the benefits of keeping a plant in an office. While this study didn’t say whether or not the work performance of these participants improved, a 2014 report found that incorporating greenery into the workplace can increase employees’ productivity by 15 percent. Productivity and something nice to look at on your desk when you need a break from looking at a screen? That’s a win-win.