The Science Behind Feeling Hangry 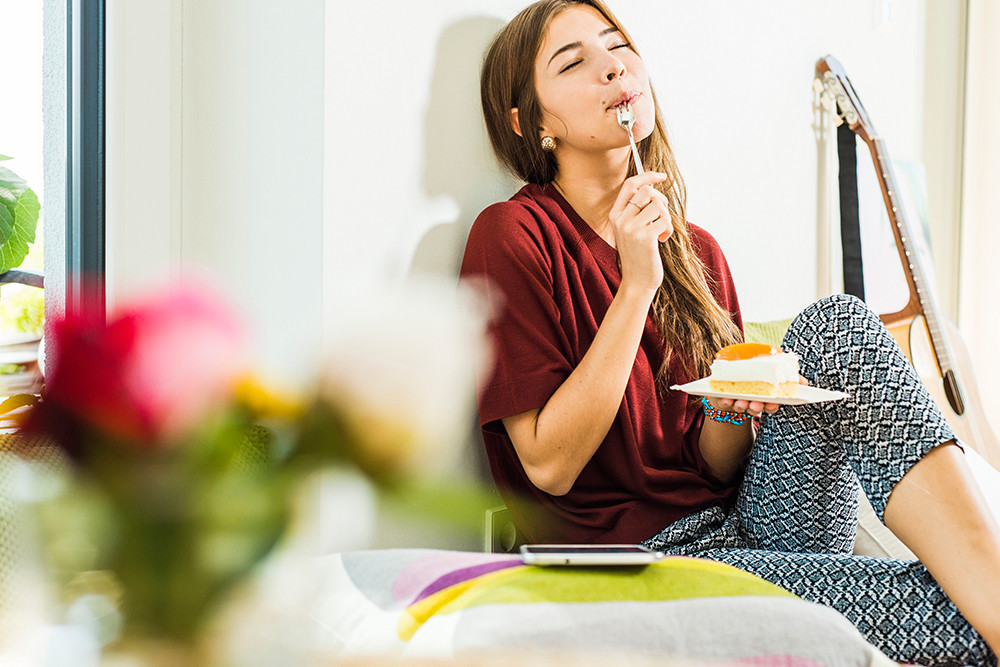 Remember that woman who called 911 because her pizza order had taken too long? (Yes, that really happened.) It was a classic case of what happens when you go from being a perfectly rational human to being a hangry one.

Feeling hangry—a portmanteau of hungry and angry—is a universal experience that probably dates back as far as the start of humankind. But popular awareness of hanger has taken on new life in recent years, even gaining an official dictionary definition.

Being hungry does trigger your body to release cortisol, the stress hormone. But obviously, you can be hungry without being hangry, as anyone who's had a growling stomach without wanting to punch someone in the face can tell you. So if hunger doesn't directly lead to aggression, what's actually at play? Thankfully, there’s some new science that looked into what’s going on.

Researchers at the University of North Carolina, Chapel Hill, conducted three studies to find out what makes run-of-the-mill hunger amplify irritability and stress. They posited that people are more likely to be led by their (unpleasant, hungry) feelings when they're not paying attention to their emotional state, but instead are more focused on what's going on around them. For example, at the end of your workday you might think you’re grumpy because your partner hasn’t replied to your texts right away, not because you are hungry.

In another experiment, participants were told to show up having just eaten or having fasted for five hours. First, they completed a spatial reasoning task. They then were instructed to write either about something emotional or about something very neutral. Next, they were given a computer task that was extremely tedious and designed to make them feel frustrated. The task was set up to crash, after which an experimenter would blame the participant for what happened. What the researchers found was that hungry participants who hadn’t written about emotions ended up having what you might call hangry responses. They felt hate—hate!—toward the experimenter and thought they were judgmental.

The good news is that hungry participants who did write about their emotions didn't feel as much animosity toward the experimenter. "It suggests that hunger on its own doesn't matter for feeling hangry," MacCormack explains. "It is also about our lack of awareness in the moment, where we're caught up in all those feelings that the hunger is evoking in us … and we're then blaming those feelings instead on the world around us. That terrible person in traffic ahead of me, they're the reason why I feel so upset, not the fact that I'm hungry."

So what should you do if you've behaved badly due to hanger in the past and want to avoid any future acts of aggression or feelings of rage against humanity? According to MacCormack, just being aware of your emotions and your body can help. If you start noticing that little things are setting you off, check in with yourself. If eating something is in order, grab a snack or sit down for a meal.

What happens if you know you're hungry but you're stuck in a traffic jam or on a train? Try to make your context more positive by putting on your favorite songs or calling a friend to boost your mood. "All these things will subtly change the context that you're in and make it harder for you to mistake your hunger as meaning something about the thing that you're doing," MacCormack says. Hangry happens—we're all human, after all—but we don't have to let it get the best of us. And you can always pack a granola bar to be safe.