Is it normal to break out after a facial?

Everything you need to know about these unexpected blemishes and how to treat them. 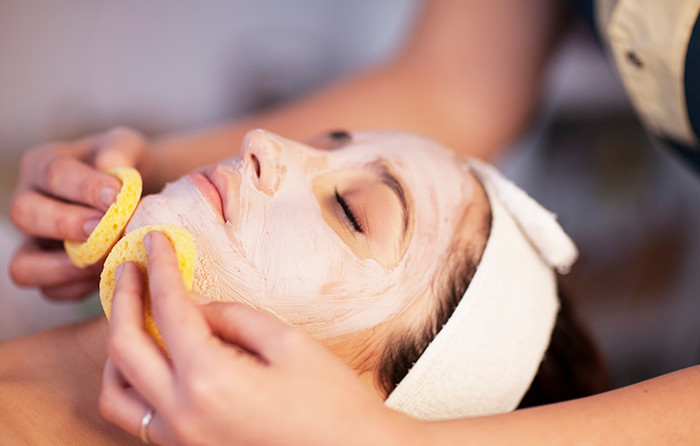 Listen, we all spend enough time scrolling Instagram (and thanks, settings, for telling us exactly how much) that we’ve come to have certain expectations when it comes to self-care. Like, if you get a facial, aren’t you supposed to radiate like an IRL Insta filter for days afterward? That’s true for some — but for others, you’ve instead got a crazy breakout all over your face the next day. What gives?

Well, it turns out it’s fairly common, especially if your skin tends to be acneic or otherwise prone to blemishes, explains Just Ageless spa founder Jeannel Astarita. “It’s not that you’re creating new blemishes,” she says. Basically, by stimulating blood flow with a facial, your face starts unearthing something that was already there under the surface to begin with.

So, what’s a person to do about this pesky situation? Here’s what you need to know:

First: know that nothing went wrong

“There’s some sort of exfoliation process that’s part of every facial and as part of the exfoliation process, cell turnover speeds up,” Astarita explains. “It’s like there’s a pocket of bacteria that’s been brewing under [the skin’s surface] and it’s just coming to the surface more rapidly.” Sadly, there isn’t really a way around it, but if you continue to get once-a-month facials for around 90 days and stick to a skin care regimen recommended by your facialist in between, you should be able to clear all the bad stuff out. After those three months, Astarita says you’ll be working with a completely new set of skin cells and a much cleaner surface.

You should also expect your aesthetician to warn you of the possibility of a breakout. That’s why you should never get your first facial, say, three days before a big event like a wedding or a huge presentation at work. Better to be safe than splotchy!

There’s a chance it might happen again, but not every time

If your skin purged once, it likely will again. But once you get through that 90-day cycle, Astarita says you should be in much better shape because you’ve basically cleared the deck of much of that bacteria beneath the skin’s surface (in addition to seeing improvements before then, too).

The trick is sticking to your new regimen; Astarita finds that issues happen when people swing too strongly in one direction; i.e., you have a breakout and do everything in your power to treat it and end up with skin that’s dry and irritated…and then you over-moisturize trying combat that. Your aesthetician or dermatologist can help you find balance with your skin care routine.

You may want to try a laser

When Astarita has a breakout-prone client, she says she likes to use a laser treatment called Laser Genesis on the skin, which penetrates to the ventricular layer of the skin where the blood vessels and sebaceous (oil) glands are found. “The key bacteria in acne is very susceptible to heat,” she says. “By using a vascular laser, we’re delivering heat to the depth in the skin where the sebaceous glands are, so we can kill the bacteria and dry up excess oil.” If you’ve ever had your skin clear up after spending time in the sun, the same thing is pretty much happening here—minus the skin-damaging UV rays.

So what can you do at home?

If you do break out post-facial, don’t panic. If you’re unsure about what to do, first get in touch with your facialist for advice about treating the problem; they’ll know exactly what products were used on your skin and can advise accordingly. Try putting a cold cloth or frozen spoon onto the inflamed spot to calm the area down. If you decide to spot treat a breakout with an acne cream, make sure to only put the product directly on top of the zit, not all over your skin. You can also try an at-home LED light treatment if a laser facial isn’t in the cards for you.

Along with spot treating using the above tips, a key to balanced skin is moisture. It may seem obvious, but well-moisturized skin is healthier and more resistant to bacteria, Astarita says. She recommends products with hyaluronic acid, which holds 1000 times its weight in water. “It’s more about hydration than a thick emollient,” she says. “It will be soothing and that’s going to go a long way to help balance your skin.”

© Copyright . All rights reserved. Printed from https://hellogiggles.com
this link is to an external site that may or may not meet accessibility guidelines.