It’s not for everyone. 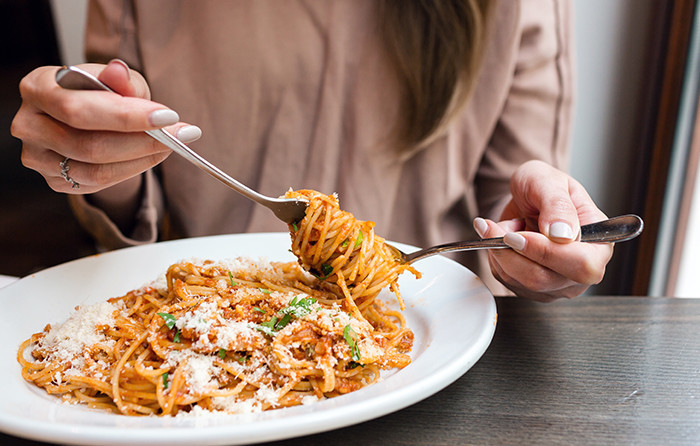 Another year, another new diet everyone’s talking about. And this time the hot diet getting more and more buzz is carb cycling. While some diets can be confusing—“going keto” means what exactly?—this one is exactly what it sounds like: You cycle through periods of eating a normal amount of carbs and periods where you cut back on them.

The underlying concept behind carb cycling is that when you don’t eat a lot of carbohydrates, your body taps into existing fat stores for fuel. That can theoretically help you lose weight and get more lean. Then, when you eat carbs again, you’ll feel a burst of energy. That combination of lower body fat and higher energy is exactly what certain athletes want.

“You’ve probably heard of marathon runners doing this where they eat a whole lot of carbs the night before they run a race,” Albert Matheny, RD, co-founder of Soho Strength Lab says. “Body building is another community where it’s been around for a long time.” Loading up on carbs isn’t all in athletes’ heads either. One study found that eating carbohydrates right before hopping on a bike can improve power and reduce time it takes to cycle a set distance. But it’s still an emerging science, and more research on carb cycling (particularly in non-athletes) needs to be done.

So how do people do it? That’s not so obvious, because there isn’t a set way to do carb cycling, according to Matheny. “People say they are going to keep carb intake low one day and increase it the next, or do three days of low carbs and one day off,” he says. Others just go with the strategy of eating low carbohydrates on days when they aren’t working out and more carbs on days they exercise.

That leads to the next obvious question: Should you try it? While carb cycling might be helpful for endurance athletes, it may not give the average person much in terms of results. “There’s no great reason to do this if you don’t have a big fitness challenge,” Matheny says. It also takes quite a bit of work to keep track of exactly how many carbohydrates you’re eating. Low carb days tend to be around 100 to 125 grams of carbs a day (for reference, the USDA recommends adults eat 130g per day, or 45 to 65 percent of your total calories for the day if you’re not an athlete). With carb cycling, you’ll need to meticulously count the amount of carbs in everything you eat, which is trickier than it seems. That’s because carbs don’t just come from foods like pasta and bread. Fruit like apples and bananas; beans; vegetables like potatoes, corn, and peas; and even milk and yogurt have carbohydrates in them—but remember that these foods also contain a lot of other key nutrients you still need.

What might be a better idea for most people looking to improve their diet is to focus on the kinds of carbohydrates you eat. “For many Americans, carbs are the majority of their diet,” Matheny says. Try to avoid sugars and processed carbs, and instead pick healthy ones like whole grains, vegetables, and legumes. “Complex carbs don’t spike your blood sugar as much,” Matheny says. “And have them with some protein and fat to slow digestion down.” In other words, a steady, balanced diet is probably better than any sort of diet cycling—and is way easier to keep track of.