How to detox from social media without totally quitting

Yes, it is possible to unplug without totally trashing your phone. 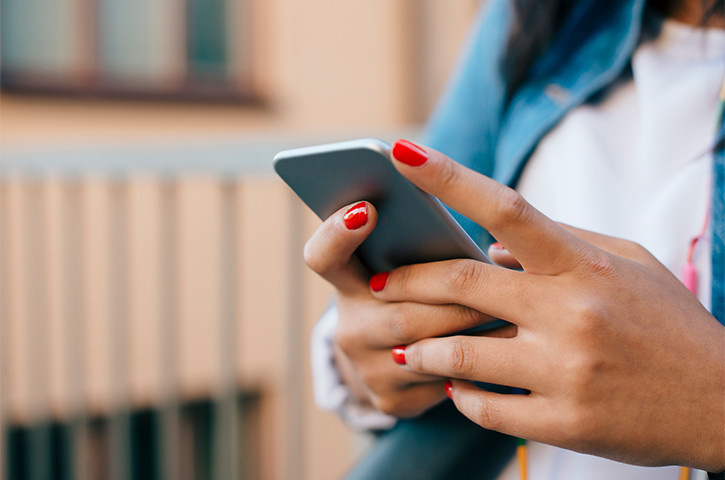 Raise your hand if this has happened to you: You look up from your phone and realize you missed the entire TV show you were just watching because you were scrolling through social media on your phone. Yeah, you’re not alone. The average American spends two hours and 51 minutes staring at their phone each day, according to comScore’s 2017 Cross Platform Future in Focus report. And a survey by consulting firm Deloitte in 2018 found that respondents said they checked their phones an average of more than 50 times a day.

That’s a huge amount of time—and it can have major effects on how we feel and how we interact with people in real life. Spending a lot of time on social media can actually make people feel more socially isolated in the real world, according to one study in the American Journal of Preventive Medicine. Another study found that just having your phone out during IRL interactions can stifle closeness, trust, and empathy, and other research has found an association between high social media usage and anxiety and depression.

The reality is, though, you can’t totally escape social media. For a lot of people, it’s part of their jobs, a way to discover new things, and how they stay connected with friends and family. But it is possible to spend less time glued to your phone without giving up Instagram or Snapchat completely. In fact, one study of undergrads at the University of Pennsylvania found that participants who limited their social media use to 10 minutes per platform per day felt less lonely and less FOMO than those who didn’t. If you’d like to slow your own social media roll, follow these easy steps to help make sure the time you do spend on social media feels mindful, not mindless.

1. Use built-in settings to track your usage

You can’t change a habit without fully understanding it first. Fortunately, tech developers are actually trying to help people spend less time on their phones. Apple’s digital wellness Activity Reports and Google’s Digital Wellbeing dashboard both quantify how much time you’re spending on your phone, how frequently you use different apps, how many times you unlock your phone, and how many notifications you receive. Use this as a starting line to figure out what you’re over-using.

2. Then use those settings to control yourself

The idea of setting aside phone-free time is a lot easier said than done. But you can set limits that control the amount of time you can spend on an app—or even on your phone itself. If you’re trying to cut back on Instagram’s infinity scroll, you can set a daily 30-minute allowance; when it’s up, the app will essentially kick you out. If you’re someone who can’t put their phone down before bed, you can put your Apple phone in Bedtime mode to dim the display and hide all notifications on the lock screen from when it’s time to go to sleep until it’s prompted in the a.m.; Google’s Wind Down mode sets a bedtime schedule for your phone, changes the screen to black and white, and also silences notifications. And on that note…

3. Reconsider if you really need all those notifications

It’s like we’ve all developed a Pavlovian response to that little ding or vibration we get every time a notification comes through on our phones (and how many times have you thought your phone vibrated only to find no messages?). Head to your phone settings to turn off or manage notifications, especially for your most distracting apps (looking at you, Instagram). You can also mute that group text that doesn’t stop going all day while keeping individual text notifications on—or simply put your phone completely on silent and face down when you’re busy.

4. Use an app to help you unplug

Yes, you can actually use technology to step away from technology. There are a number of apps that help you develop better phone habits. Moment motivates you to unplug with challenges, from “put down your phone for 30 minutes” to “turn off some notifications.” Siempo (currently available on Android and coming soon to iOS devices) turns your phone’s home screen black and white so it looks less appealing, and regularly rearranges your app icons so you can’t, say, blindly open Snapchat upon waking up every morning. And Flipd literally hides all your most distracting apps until the time limits you set are up.

You can also consider physical changes. Think about it: if your phone isn’t next to you, you can’t look at it. Try buying an old-fashioned alarm clock to wake you up in the mornings and leaving your phone to charge in your kitchen overnight. You can also leave your phone in another room (or at least out of reach, like tucked into a bag) when you’re doing an activity, whether it’s watching a TV show or going out to dinner with friends.

6. Do more activities where your apps aren’t invited

Chances are, you’re scrolling through your phone a lot because you’re bored—so keep busy! Sign up for new fitness classes, go on a long bike ride, take a cooking class, or spend time volunteering at a local animal shelter. You can also use your phone for what it was originally invented for: talking on it (gasp!). Start scheduling catch up calls with any long-distance pals instead of tagging each other in memes for eternity.

It sounds scary—what even is a phone if it’s not perpetually logged in to Facebook, Twitter, Instagram, Snapchat, [insert trendy new social media app here]? But, TBH, nothing is going to happen if you delete those apps from your phone. You can still log in to most of them on your desktop, so you can avoid total FOMO, but you’ll save yourself from that automatic response of opening and scrolling just out of boredom.

You know how you’re more likely to stick to a workout routine if you tell people you’re going to the gym after class, or if you post about your #gainz on Insta? The same is true for a social media detox. It’s all about accountability. Be upfront about the fact that you’re cutting back on the amount of time you spend posting and sharing. In a best-case scenario, the people around you will not only support you, they might just jump on the social media detox wagon themselves.