It’s finally November, which means Halloween is over for a whole other year. Luckily, Halloween 2016 was pretty epic, especially Hedi Klum’s famous Halloween party. Heidi stunned us all when she revealed that her costume was actually an army of glamazon Heidis, making it truly tough to figure out who is the real Heidi Klum. Tons of other celebs rolled into the party in their best costumes too, and we loved seeing some of the fabulous looks.

But it’s not just the people at Heidi Klum’s Halloween party guests that were spooky awesome. The party featured SO many scary surprises in the details, and we’ve collected some of our favorites.

The decor was chic haunted house, and we were all about it. 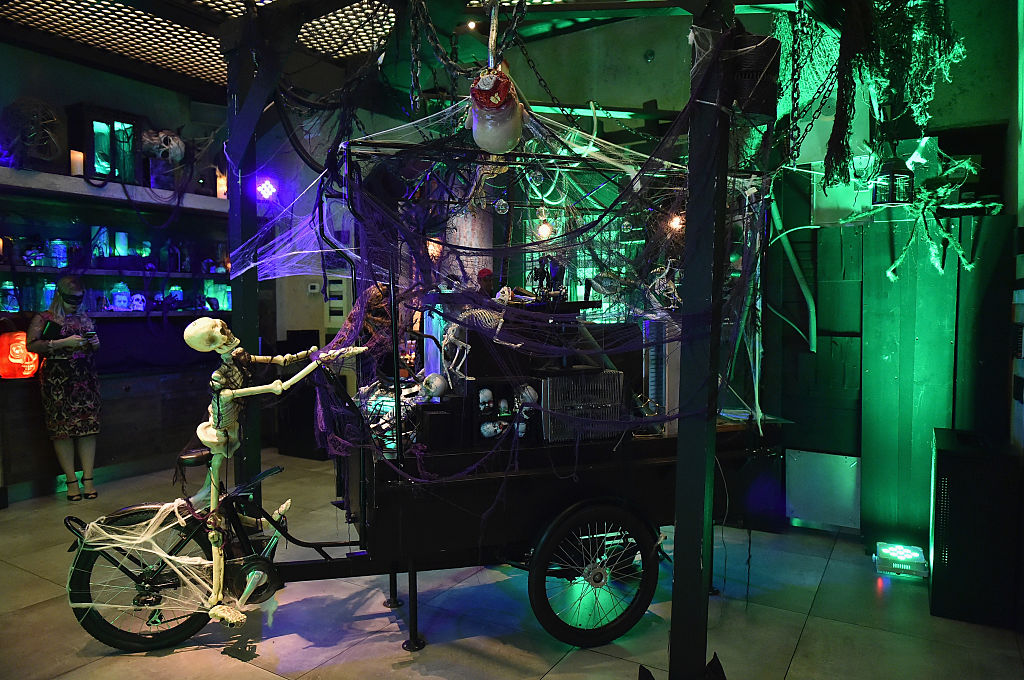 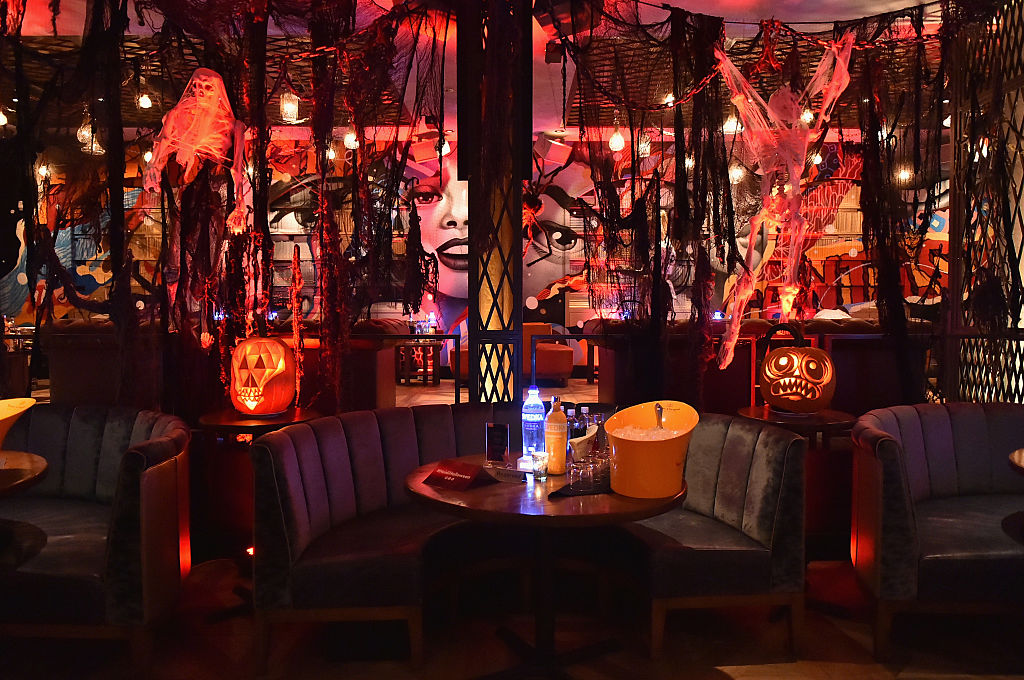 Heidi’s party decor was as on point as her costume choice. Elegant, spooky fabrics hung from literally everywhere. Tons of skeletons sat in corners, waiting to scare someone. We also love the tons of fabulous, detailed jack-o’-lanterns.

Speaking of jack-o’-lanterns, check out this fabulous Heidi Klum pumpkin. 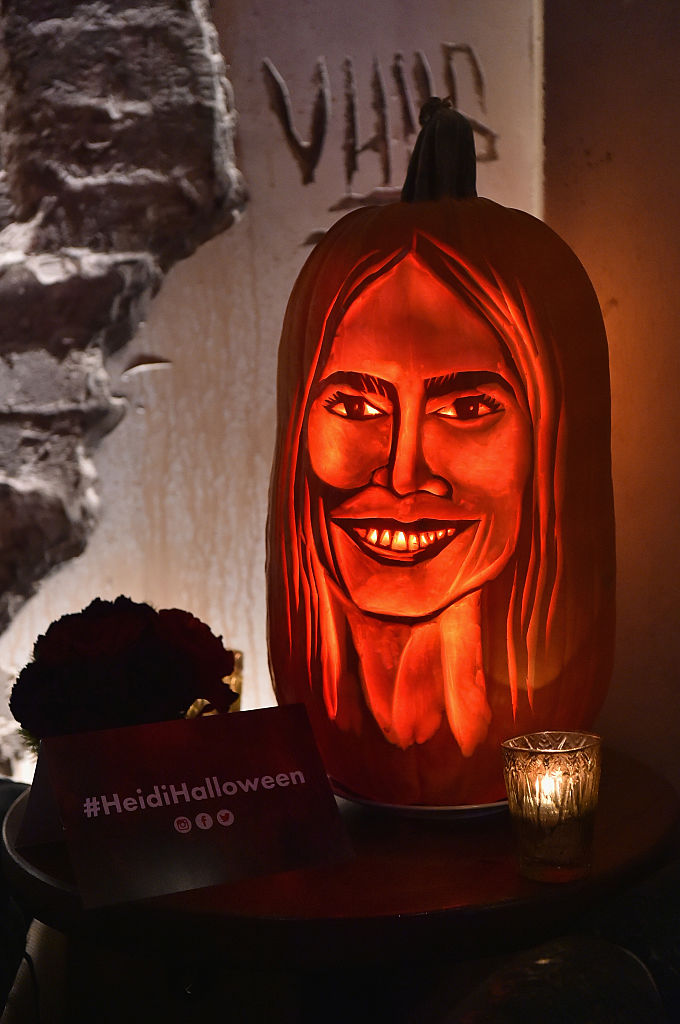 That is SO awesome. We couldn’t even use a regular pencil and paper to make a rendering of Heidi Klum that fabulous. Not only is the artistry totally stunning, but they even found the perfectly shaped pumpkin.

Even the cocktail servers were in spooky form in their bloodstained white coats. 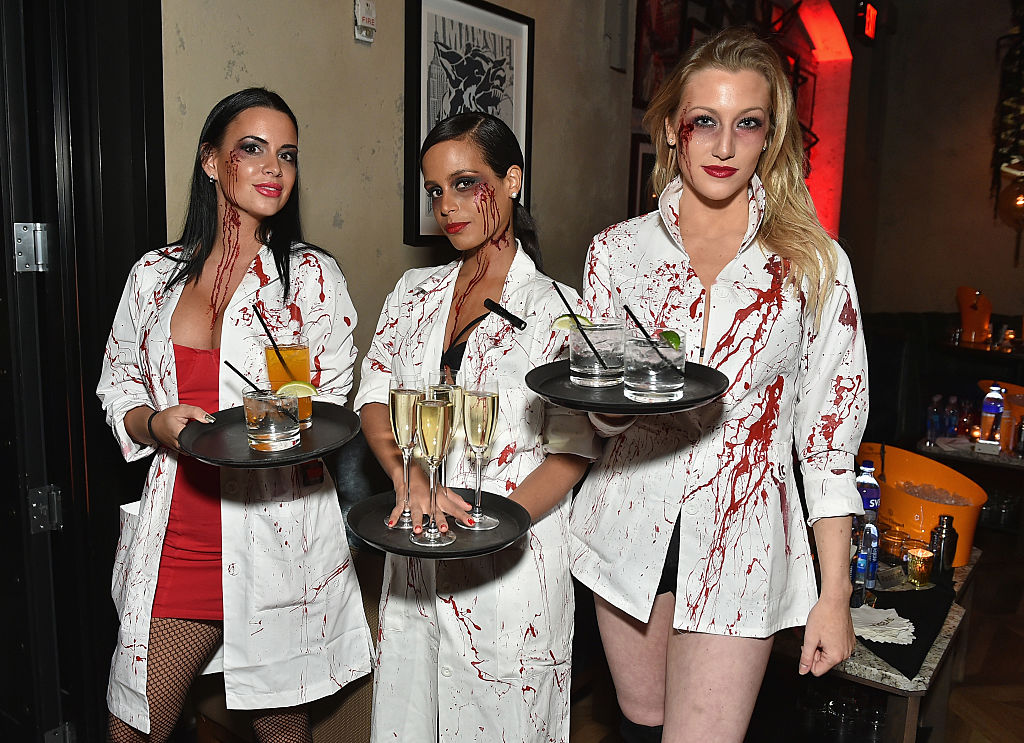 These ladies look gruesome and beautiful at the same time. Getting drinks from these bloody ladies would put anyone into the Halloween spirit. Just don’t forget to tip them, because they look like they could be dangerous.

Even the cocktails were themed, and we want to drink them all now. 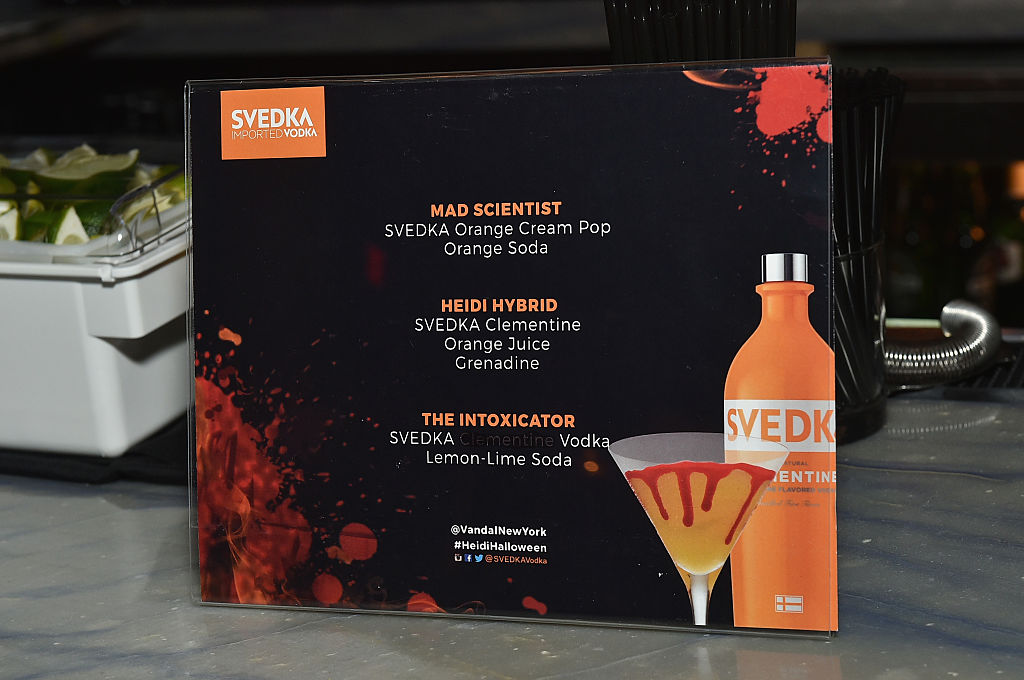 In a way, it’s a good thing that we weren’t at this party, because we wouldn’t be able to choose! But at the same time, we REALLY want to try the Mad Scientist.

There were all kinds of spooky surprises hidden around every corner, like this creepy head in a jar. 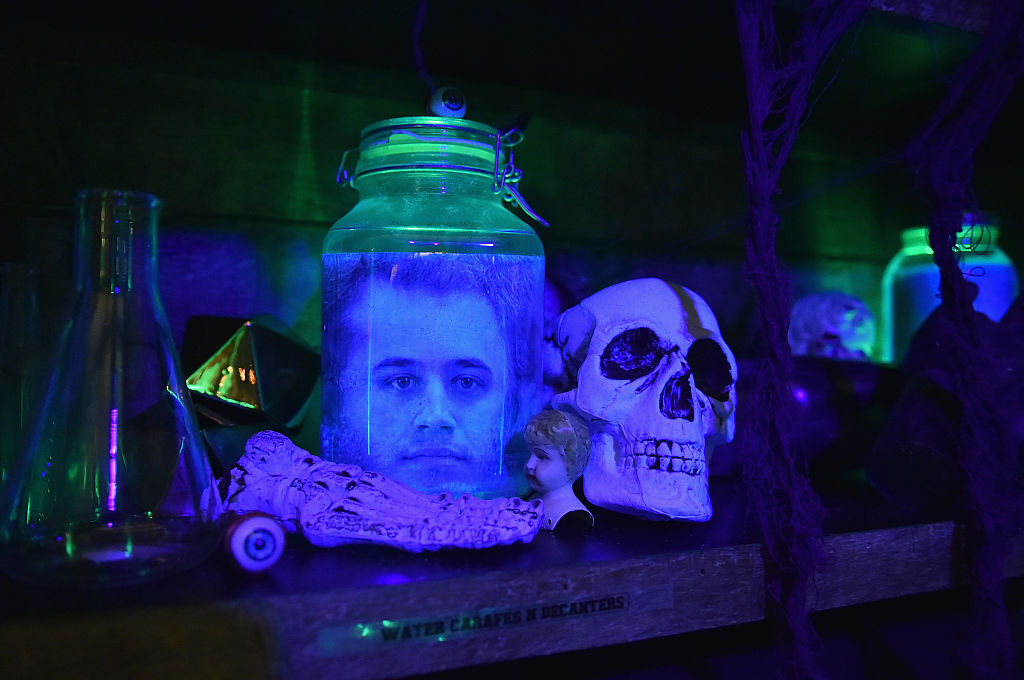 The party looked like SO much fun, and we wish we could have been there. 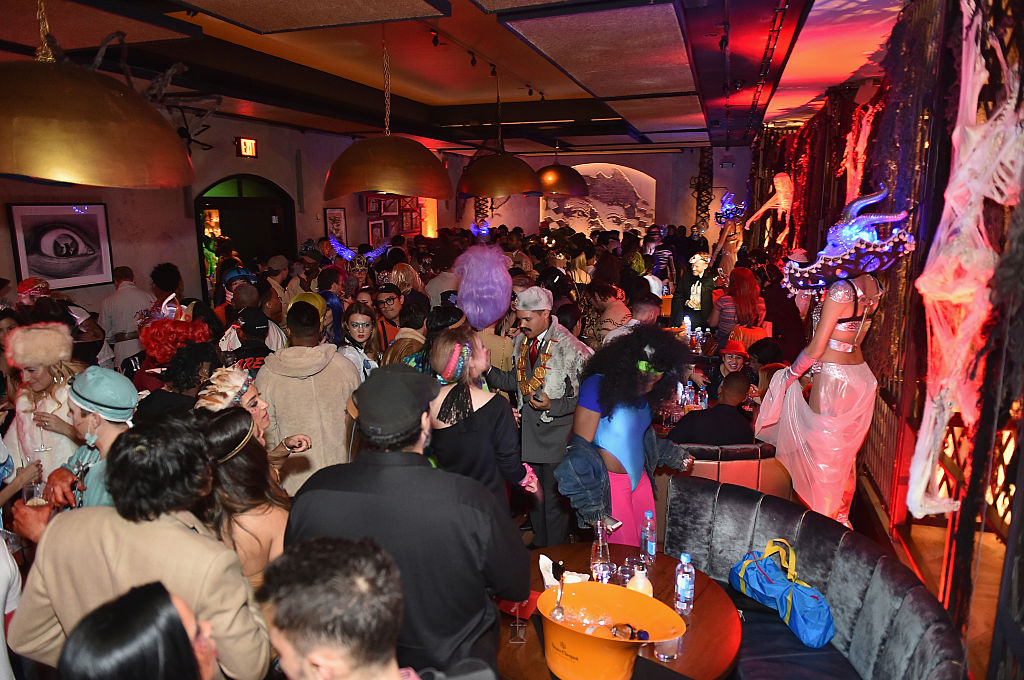 Once again, it was totally a Heidi Halloween!