Unfortunately, it was not Evan Peters, and I’m so sorry for leading you astray. But! The second best character on this season of American Horror Story just showed up, and it’s time to celebrate. Though AHS  is slowly winding down — only one more episode left! — that doesn’t mean it’s done with its surprises. Like, say a surprise appearance from Rhett Snow the Uber Driver on American Horror Story, and this is the uplifting cameo America needs right now!!

We first met Rhett during “Chapter 4,” when he appeared as IRL Talking Head who had once driven around Cricket. At the time, it was an odd joke for a show where LITERALLY EVERYONE HAS DIED and now, once again, it’s an odd joke. And now everyone is really dead, but that’s not what we’re here to talk about. 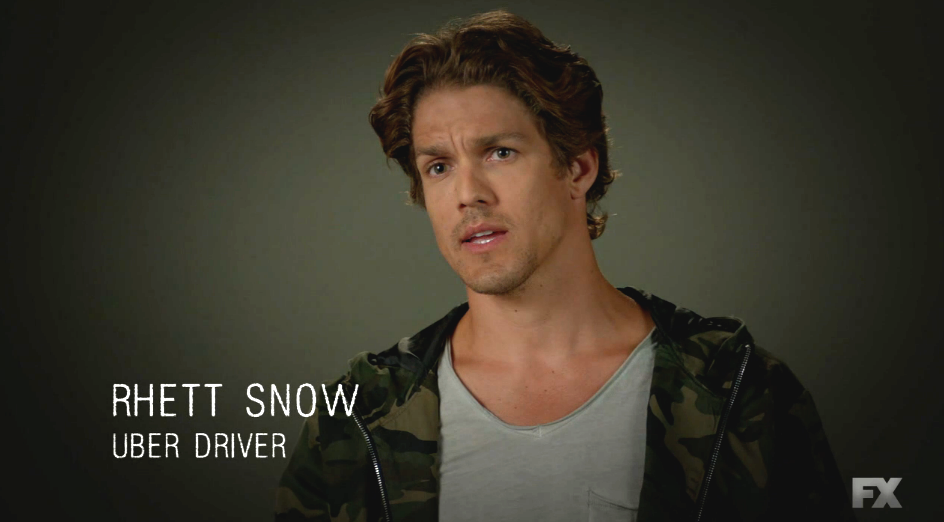 In “Chapter 9” when Audrey asks Dylan about his time in Roanoke (he’s staying at a motel a distance away, no he doesn’t have a phone), Dylan tells Audrey that he Uber’ed to the Roanoke House, and lol for days, because then cut to: 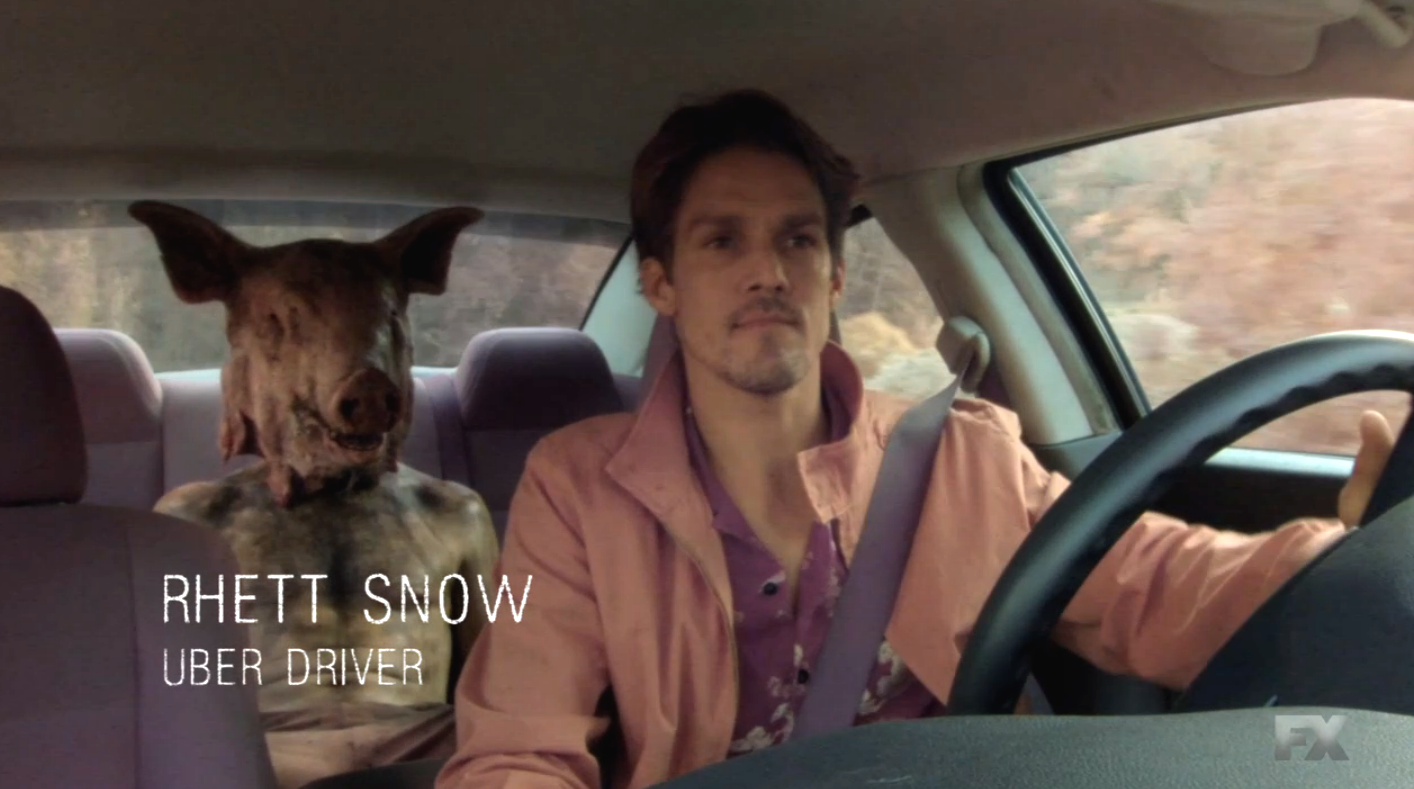 Dylan in the back of Rhett’s Uber, in his Pig Man Costume. Thank you, AHS, we desperately needed this.

Also, Rhett Snow brought some joy and happiness to a nation in great need.

And people stated the utmost obvious./

Is this the last we’ll ever see of Rhett Snow? Cross your fingers Season 7 figures out a way to bring him back.