It’s quite possible that Courtney Love and Francis Bean Cobain are the most famous mother/daughter duo, and they often venture out in a grungy style that feels reminiscent of the late Kurt Cobain (remember their appearance in that Burberry ad?).

Last night the pair showed up to a Givenchy fashion show in Paris, France, and their combined color-coordinated look turned heads.

Let’s just say first off, that these ladies know how to make black stand out! Love donned a slip dress with sheer tights, black scarf, and open-toed heels. Apart from some mascara, her makeup was barely there. Her daughter was also in a slip dress, but she mixed it up with stripes, red lipstick, big boots, sheer duster (kinda like something you’d see in Hocus Pocus) and a green handbag to throw in some contrast.

Is it just us, or do their clothes give you a certain witchy vibe? 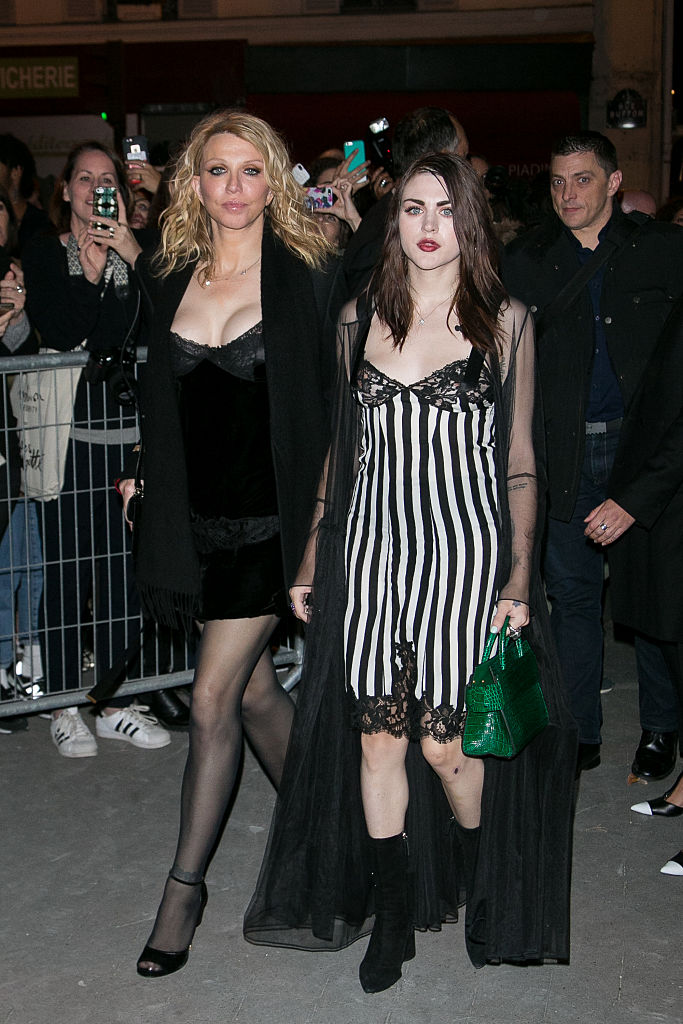 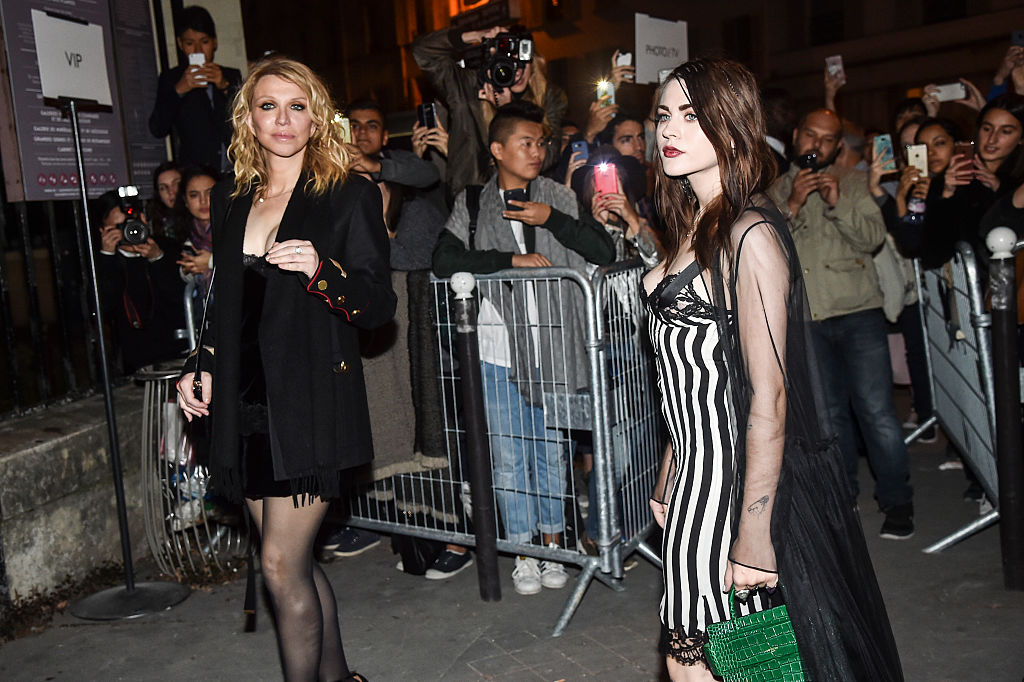 Hey, we’re not complaining – it’s great inspiration for our own wardrobe (especially since Halloween is vastly approaching!). They maintained a confident look while being snapped by photographers, and that’s one of the reasons we love them – we’re never going to see these two conform to fashion trends; they just do what they do, and they own it.

Francis has obviously been through a lot in her 24 years, but she’s such a strong (and wise) figure who has used the tragedy of losing her father to embrace life, and encourage others to do the same.

By the looks of things, she and Love are living it up right now in France – and we wish them the best.