What’s been inspiring in the past week after a troubling election is the upswell of girl power from women all across the country. On that note, Glamour’s Women of the Year Awards paid tribute to Hillary Clinton with some of the awesome women who supported her. Elizabeth Banks turned out to celebrate with the group, and she’s been a vocal advocate for Hillary Clinton and women in power. She stepped out rocking a fabulous purple gown for the most awesome reason. 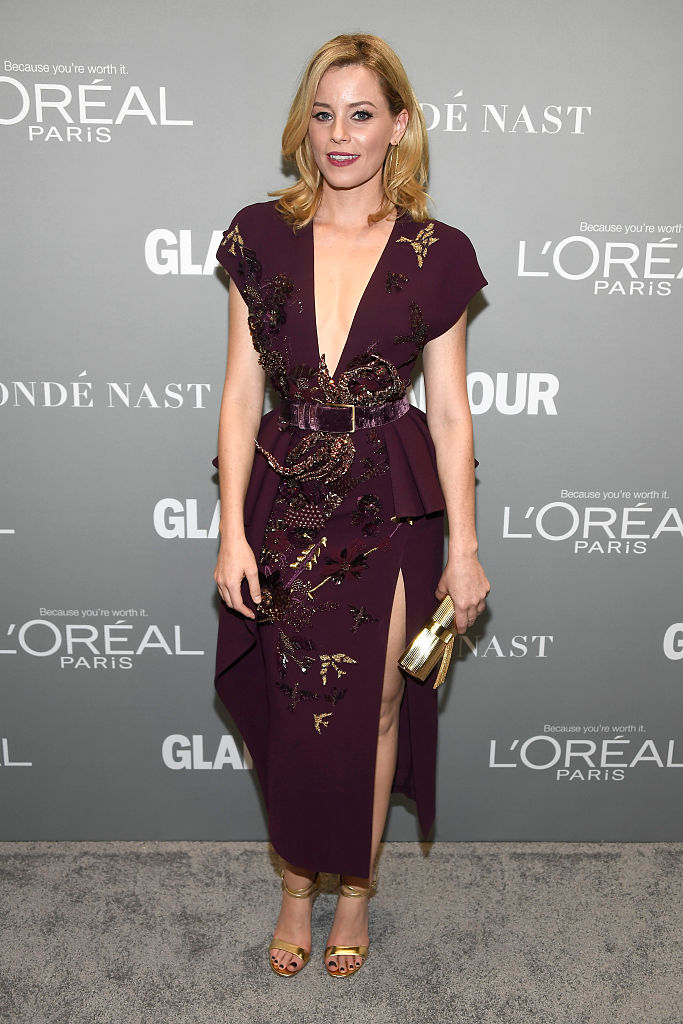 First of all, WOW! Elizabeth looks stunning in this beaded purple stunner. The low neckline, dramatic slit, and asymmetrical hemline give the dress a dramatic, geometric look that we love. The cinched waist and peplum, details show off Elizabeth’s fabulous figure, and she looks fierce. The beaded details include gold beads, which pair perfectly with Elizabeth’s gold bag and shoes.

Elizabeth celebrated her look as a tribute to Hillary Clinton.

Elizabeth Banks makes a point to celebrate the fact that she’s wearing purple with the hashtag “unity.” When you mix the colors of red and blue, the colors that traditionally represent Republicans and Democrats, you get purple. So the color represents a unity between the two sides. Also, the colors purple and gold are historically colors associated with the Women’s Suffrage Movement, which fought for women’s right to vote.

Hillary Clinton also wore purple during her concession speech. Elizabeth’s color choice was an expression of solidarity with her as well.

However upset we are with the results of the election, we must keep fighting. Moments and statements like Elizabeth’s remind us to keep the fight firmly in our minds.

We are inspired by these trends of using style to say something important.

We love Elizabeth for wearing her girl power so proudly!