What Fashion Week is like for a Black writer

“Every year the women of New York leave the past behind and look forward to the future. This is known as Fashion Week.” Those words were uttered by Carrie Bradshaw in Sex and the City, and there’s no denying that New York Fashion Week is pretty electric. Designers show their wares and tell us what’s hot for the next season. All the pretty people peacock around in hopes of getting their picture snapped, and spotting your favorite celeb in the front row is enough to make even the coolest influencer fangirl out.

But if you’re a Black woman in the fashion industry or in the media, the feeling of Fashion Week can be a bit different. Often times, it can mean being looked up and down by publicists who give you that “who the hell is she and how did she get in here?” look.

As a fashion writer and on-air host with 10 years’ experience, attending shows and previews is part of what I do. It’s usually to learn about new trends, develop relationships with brands, and network in rooms with people who have the careers I crave. I’m hyper visible even at non-Fashion Week events, meaning I am the the only Black woman or one of a few Black women in the room. Or I might be completely invisible: Just last week, I left a press preview after a few minutes when the publicists interacted with everyone else in attendance, but apparently I wasn’t worthy of the same greetings or engagement.

But there’s something about Fashion Week that heightens this disrespectful behavior. 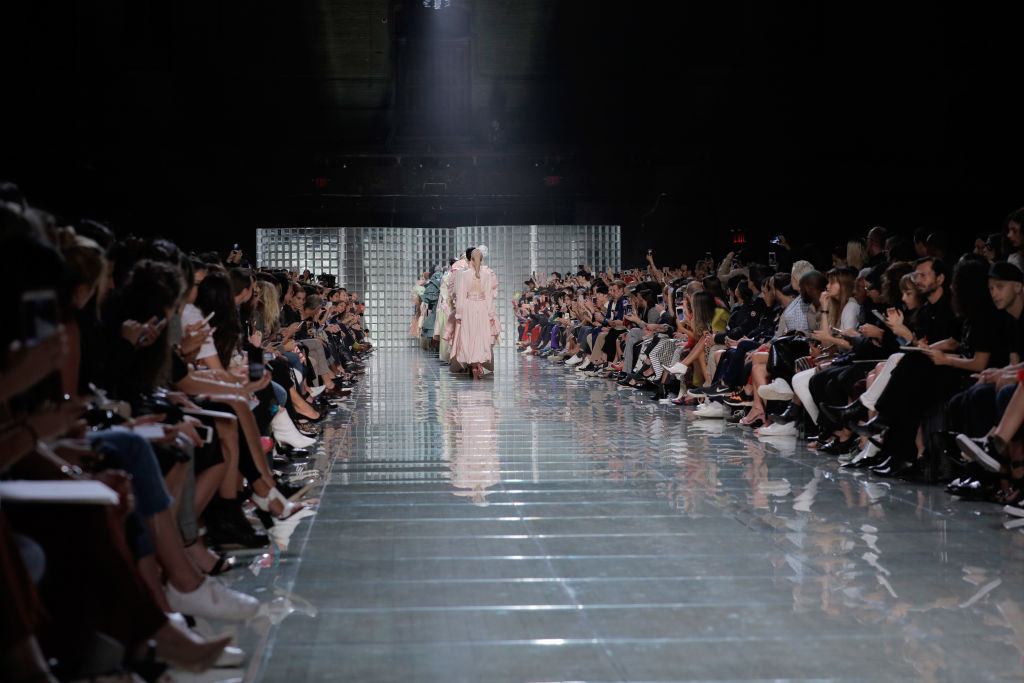 Ask any Black woman who has attended Fashion Week if she gets those stares, if she is conveniently omitted from guest lists while her white, junior colleagues are ushered in, or if she has to watch from the third row, without a single Black or brown face in the entire front row.

When you’re either constantly ignored, you start to feel paranoid. At least that’s how I internalized it.

During my first two New York Fashion Weeks, I remember thinking, “is it me?”

Maybe I wasn’t dressed the part. So I stepped it up and wore outfits that were a bit more daring, and wobbled on the train from Harlem to midtown in the most uncomfortable heels. Even then, I’d see white women dressed in far more basic clothing get treated like royalty, while my vintage designer threads meant nothing. One season, I even straightened my kinky hair thinking it would give me a more professional look and I wouldn’t stand out so much. Still, no dice. 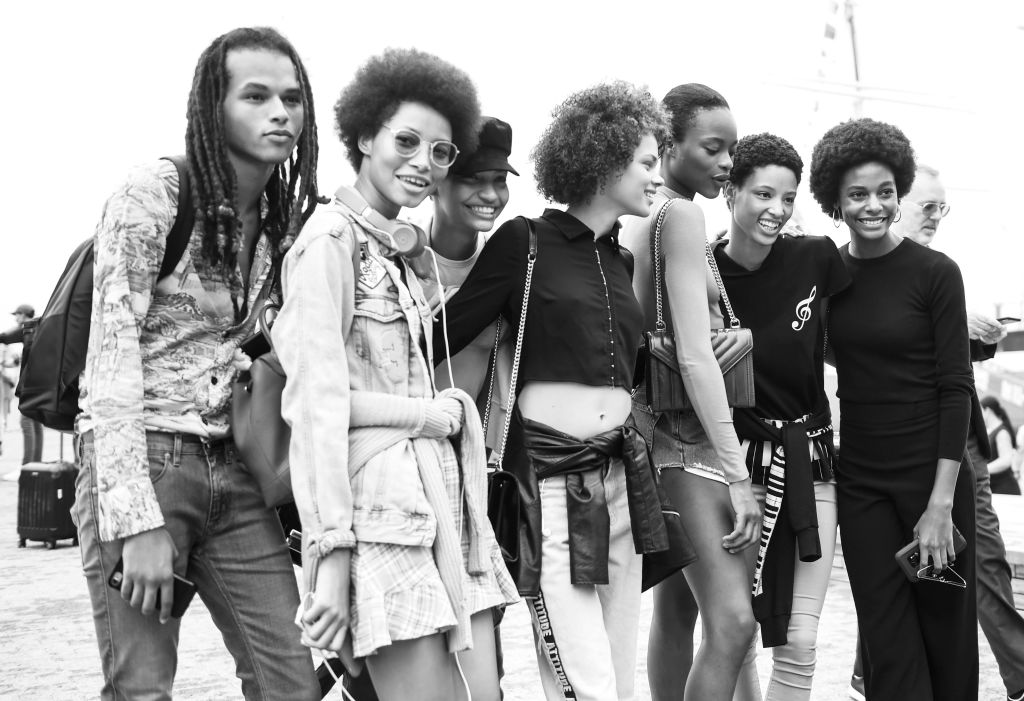 It was only after asking a few of my fellow Black writers, bloggers, and editors what their experiences had been like that I was convinced I wasn’t crazy or overly sensitive.

One friend told me about a show she attended where the publicist couldn’t find her name. She stepped to the side so the young PR woman could check other people in. After a few minutes, the publicist finally turned to her and said, “Yeah, I just found your name on the list. But the show is starting now, so we’re closing the doors.” Before my friend could even reply, the publicist walked away. Her two colleagues looked embarrassed at how the situation was handled; one of them said she could do standing room, but she couldn’t have a seat—despite the fact that she had a seat assignment.

I was pissed when I heard my friend’s story because I knew it all too well. I asked my friend why she didn’t say anything. She responded, “So I could be the angry Black woman? And why would I want to stand when I arrived on time and already had a seat?”

Her story had similar threads to others: Showing up to a space you were invited into, but where you really aren’t wanted.

Maybe it’s a product of me getting a little older, but I’m just over it. The anxiety and embarrassment of will-they-or-won’t-they let me in; the wondering of what microaggressions I’ll face even if I do get in—I literally can’t stomach it any longer.

So now when I see people gleefully going on about Fashion Week, I can’t help but roll my eyes.  As a blogger, writer, and on-air style expert, I should be attending Fashion Week. But I had to sit this one, just like last year’s, out. And I don’t know if I’ll ever return.

On a hopeful note, I have been happy to see the success of CurvyCon. Though not an official New York Fashion Week event, the three-day conference embraces women of all sizes, compared to runway shows and street style selects that will have you thinking everyone is at least 5’8″ and a size 2.

And just this past weekend, Pyer Moss held a show that actually made me upset I wasn’t in attendance. While many shows are in Manhattan with an occasional show in Brooklyn, this event was in BK at Weeksville Heritage Center. Founded in 1838, the neighborhood was one of the largest free Black communities. In addition to the historic site, designer Kerby Jean-Raymond sent clothes down the runway that featured phrases like, “Stop Calling 911 on the Culture” and “See Us Now?”

New York Fashion Week, Milan Fashion Week, Paris Fashion Week: do you see me? Do you see us now? We’re the writers, stylists, designers, models, and editors who add to the richness of any art.

While I’ve given up on Fashion Week, I’ll continue to create my own lane and root for those who still have some fight left in them.