If you think all of the biggest fashion moments at the Academy Awards were over when the ceremony wrapped up after Parasite took home Best Picture, you missed out. The 2020 Oscars after-party circuit was chock full of major red carpet moments, including by some of your favorite stars who skipped the big show. Reese Witherspoon, Jennifer Aniston, and Chrissy Teigen may have been absent for the awards, but they were dressed and ready to hit the after-parties.

On the Oscars red carpet, we saw Janelle Monae lead the “sparkle” charge with her hooded gown. But as 2020 Oscars after-party fashion showed, it wasn’t the last we’d see of dress hoods. Billy Porter also made an appearance in another show-stopping look, and Aniston and best friend (onscreen and off) Courteney Cox had an LBD twinning moment.

Check out what your favorite celebrities were wearing to the 2020 Oscars after-parties below. 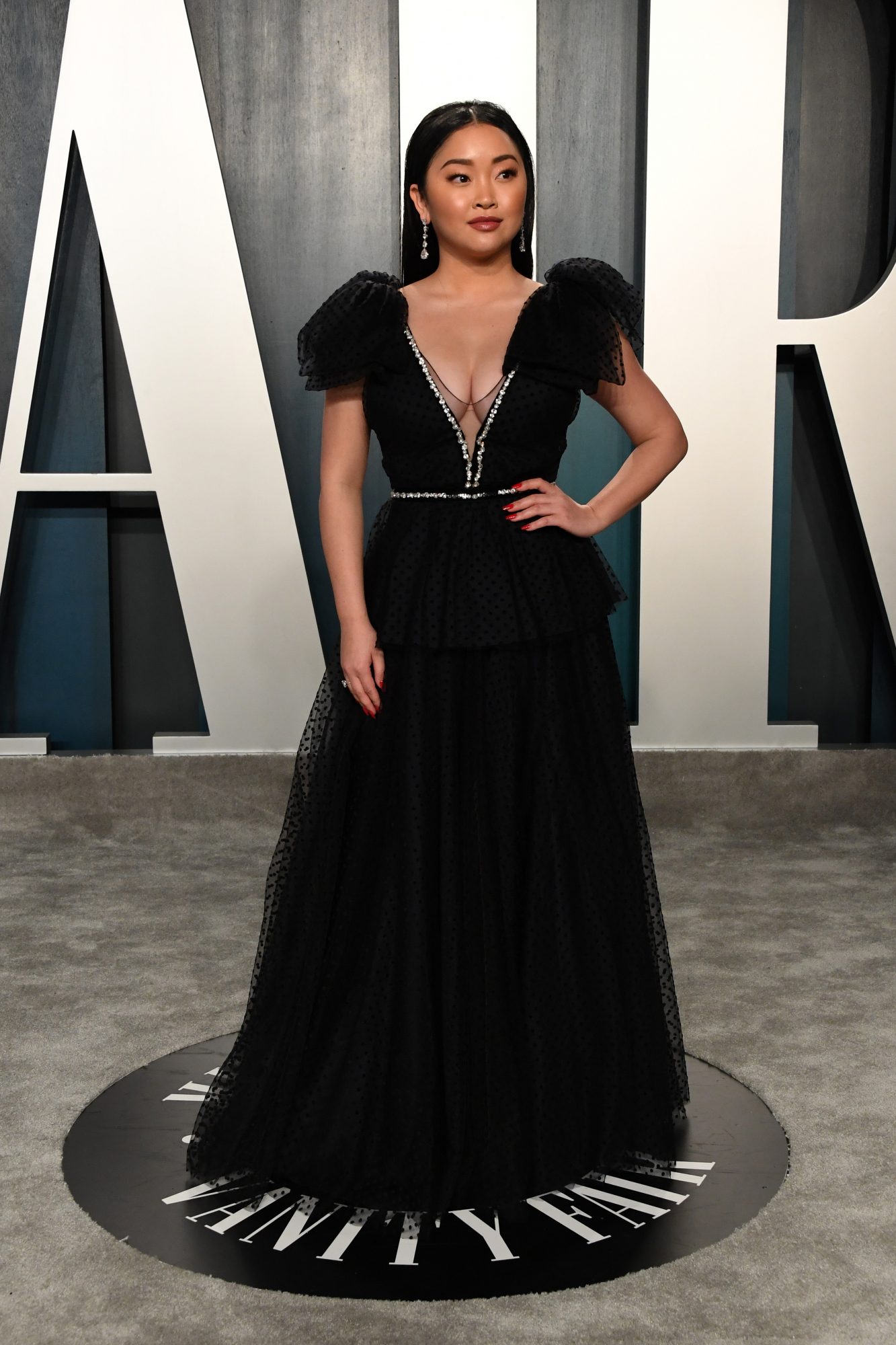 Okay, so maybe we’re the ones holding a grudge for To All the Boys I’ve Loved Before not being recognized for every 2019 Oscar. (Okay, kidding, but also not kidding.) Lana Condor showed up to Vanity Fair Oscar party in a statement-sleeve black dress.

As she stated in her Instagram photo, Elizabeth Banks re-wore her 2004 Vanity Fair Oscar Party dress to the 2020 Oscars after-party. 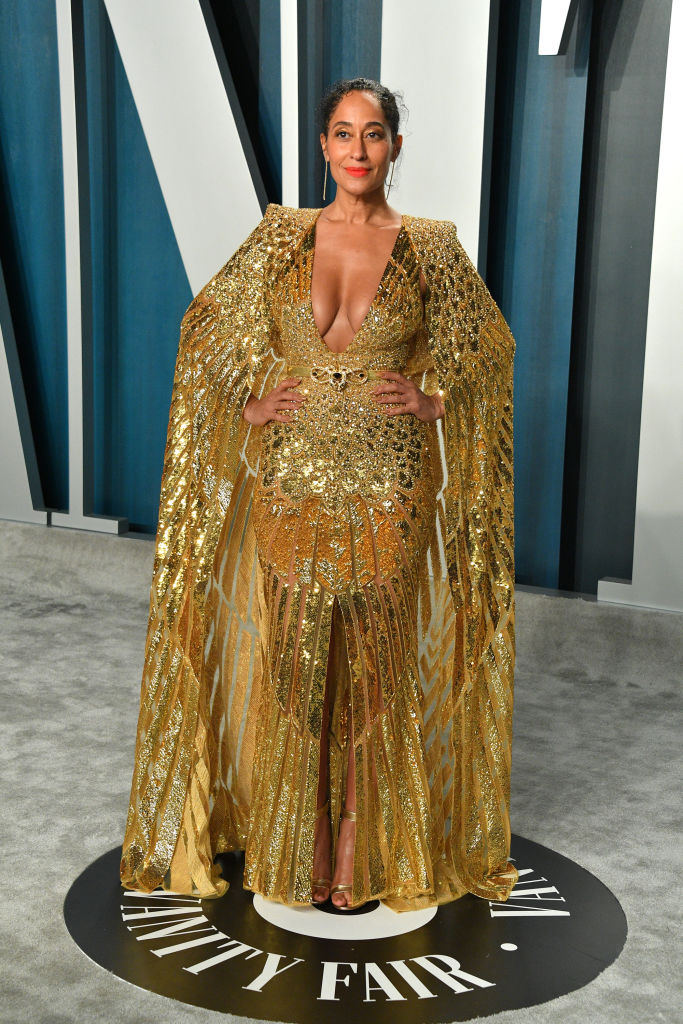 Reese Witherspoon opted to go short with her polka dot after-party dress. The actress didn’t attend the ceremony, and as she hilariously captioned her Instagram post, “Only @beyonce could get me out of the house past 11pm…” We hope she had yet another award season meetup with new BFF Beyoncé. 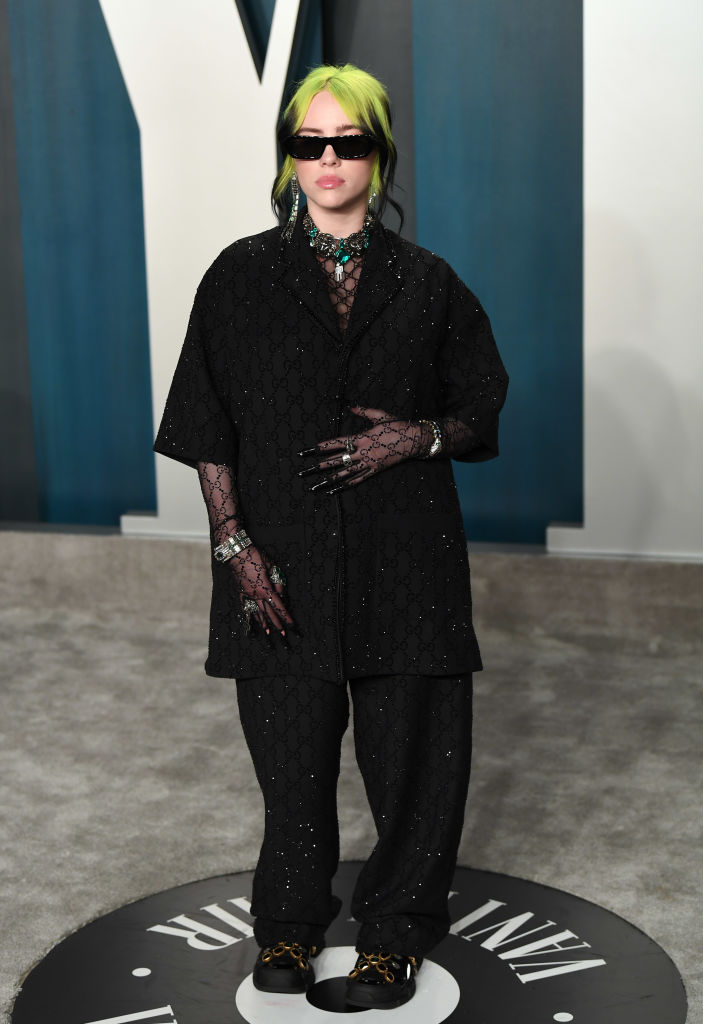 Billie Eilish traded head-to-toe Gucci for a sparkly Chanel look. To complete the day-to-night transformation, after wearing all-white on the Oscars red carpet, she swapped to monochromatic black. 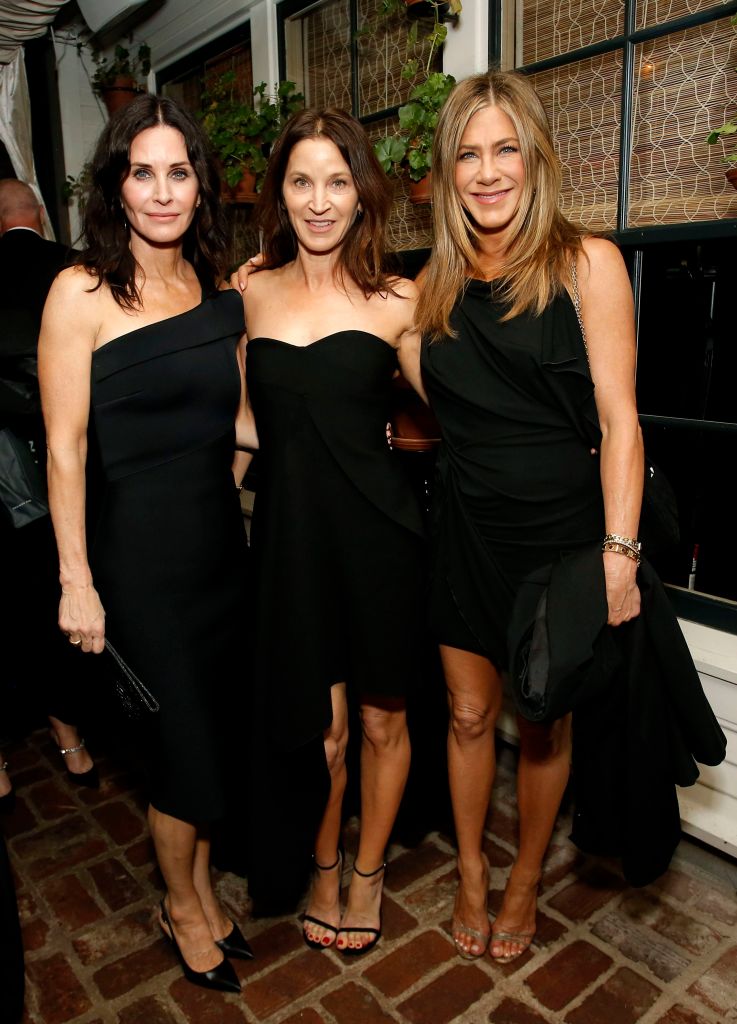 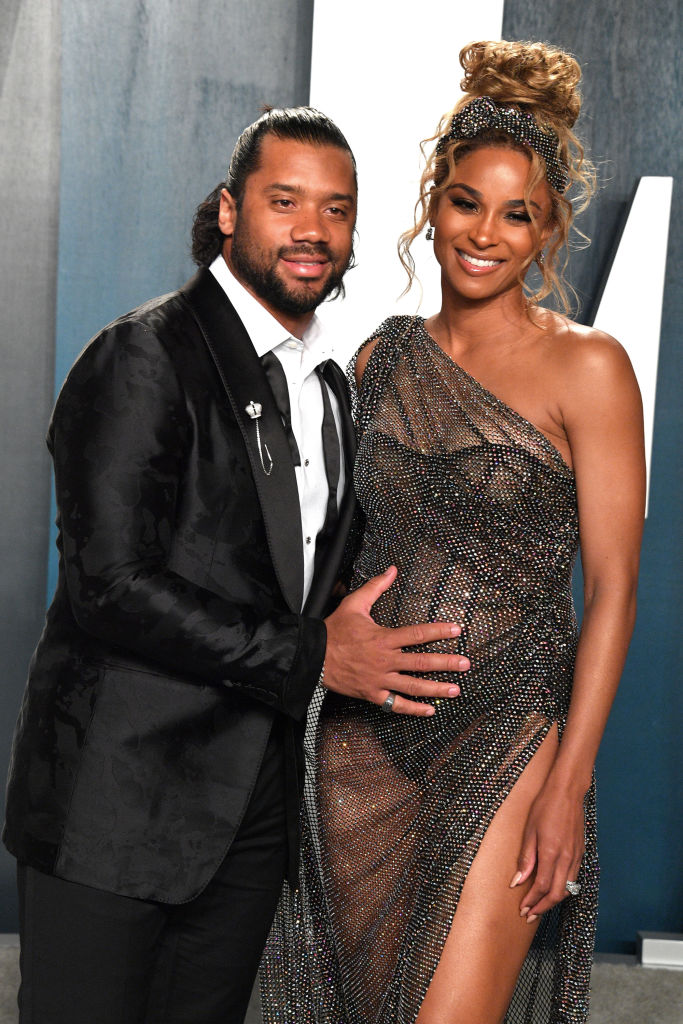 Ciara announced her third pregnancy less than two weeks ago, on January 30th, and she’s showing off her growing pregnancy body in this sparkly sheer dress. Needless to say, she looks incredible, and her husband Russell Wilson clearly agrees. 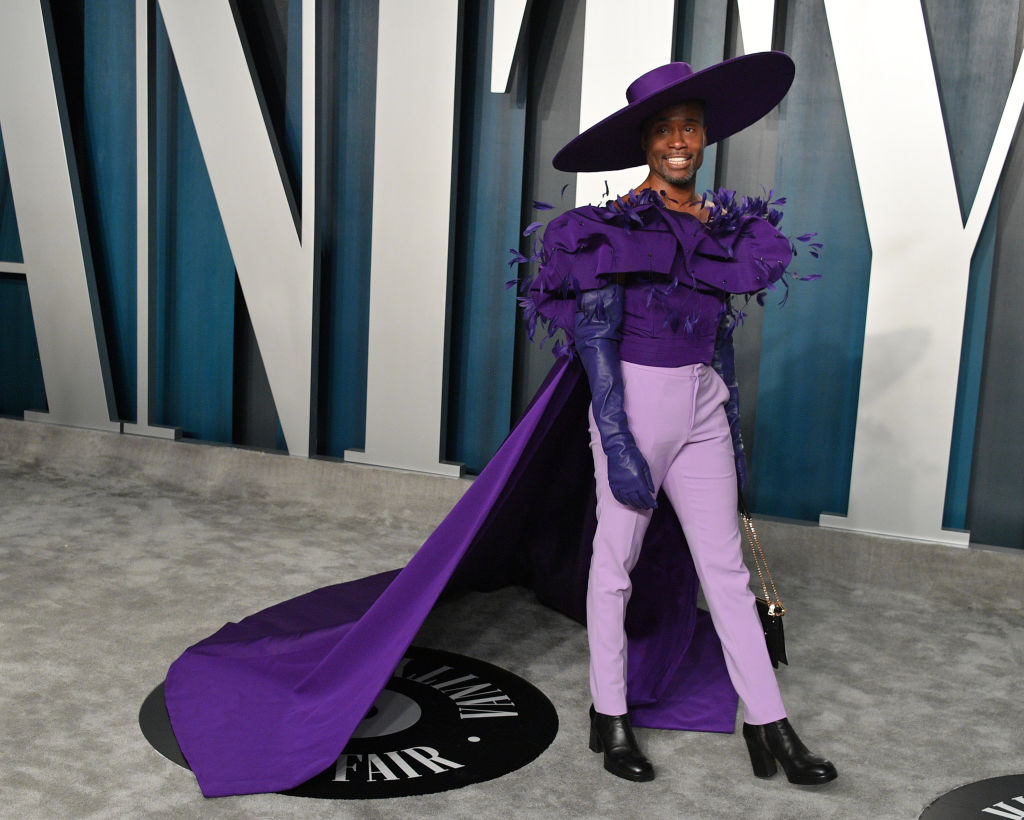 Billy Porter went party-hopping after the Oscars (from the Vanity Fair party to Elton John’s) in this bright and beautiful Christian Siriano look. Two Billy Porter red carpet looks in one night? We are truly blessed. 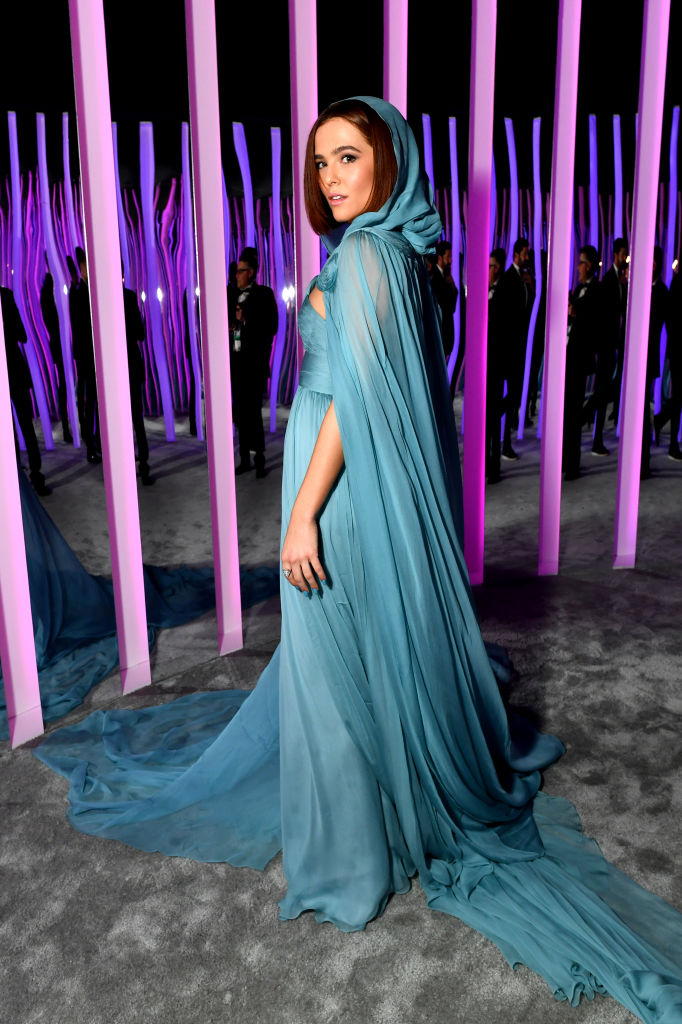 The 2020 Oscars seem to be starting a trend of dresses with hoods and capes, and we’re not mad about it. The Set It Up star is channeling a little bit of Disney princess Elsa in this gown. 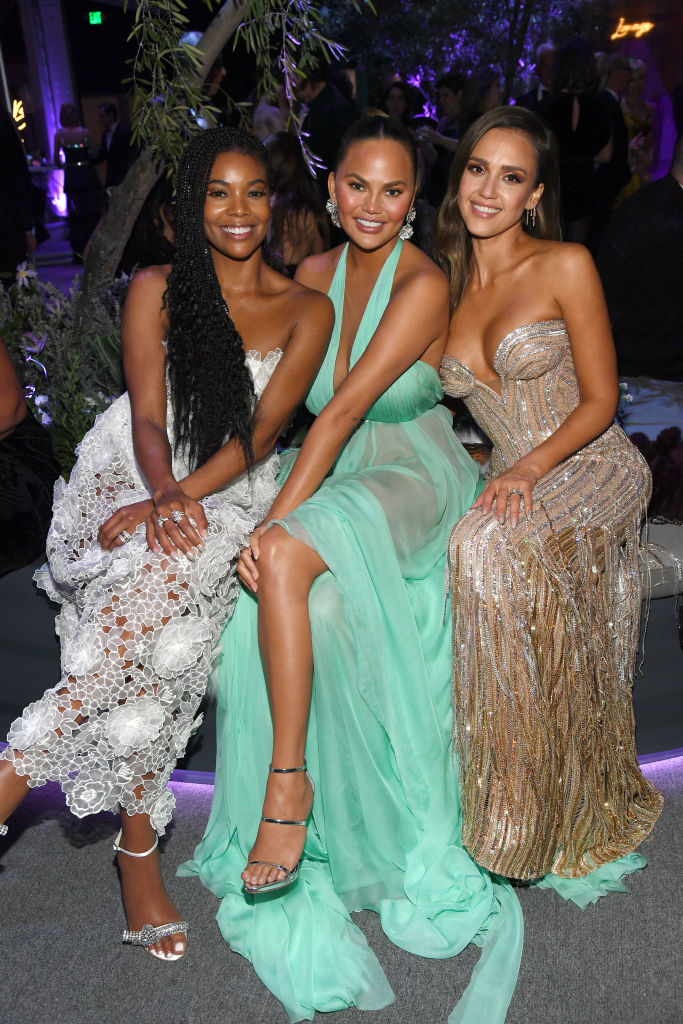 There’s almost too much power for one photo in this snap from the 2020 Oscars Vanity Fair after-party. Please let us join this squad immediately. 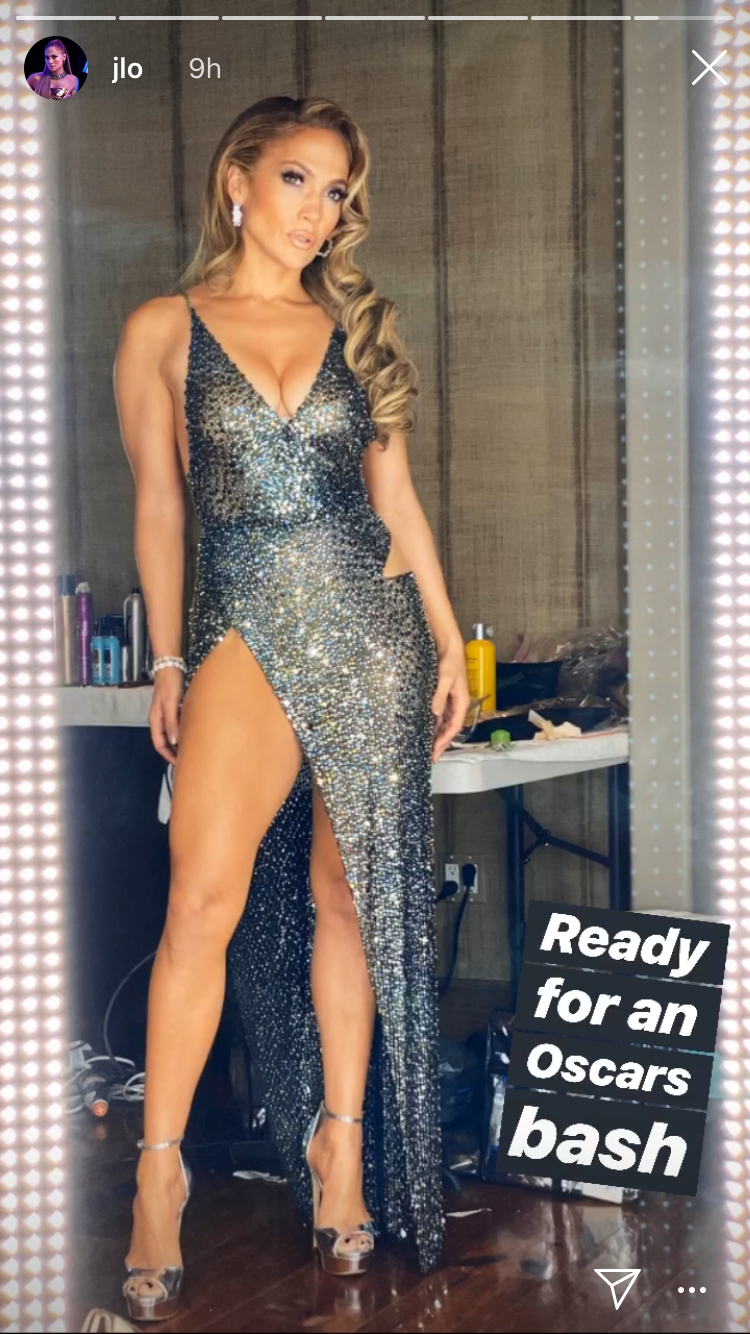 J.Lo may have been snubbed for an Oscar for her role in Hustlers, but she still blessed us with an after-party appearance. And, just saying, the red carpet would have been better off if Lopez showed up in this glitz. So, we blame the Academy.

TBH, though we already stayed up until almost midnight, we’d still watch an Oscars after-party red carpet show where we could see all these looks in action.