In Fantastic Beasts, young Dumbledore isn’t the openly gay character I hoped for

Fans of the Harry Potter series have been waiting for canonical confirmation of Dumbledore’s sexuality since author J.K. Rowling announced the character is gay in 2007. So when it was announced that the Fantastic Beasts sequel, The Crimes of Grindelwald, wouldn’t explicitly identify Dumbledore’s queerness, fans were surprised and angry. Gellert Grindelwald, the titular character, is supposed to be the great love of Dumbledore’s life, and much of the movie’s plot revolves around Dumbledore’s internal struggle between his loyalty to Grindelwald and his disagreement with Grindelwald’s political views.

The Crimes of Grindelwald is very careful never to out Dumbledore, and to make him as straight-seeming as possible. The movie has rightfully been accused of queerbaiting—hinting at Dumbledore’s sexuality without confirming it.

Not once in the movie do we ever get confirmation that Dumbledore is gay, or even that he and Grindelwald ever had romantic feelings for one another.

Moreover, Dumbledore’s costume design is conformist and colorless—contrary to the whimsical outfits he’s described wearing in the books. It’s almost as if this was done to reimagine him into as much of a traditionally masculine role as possible. 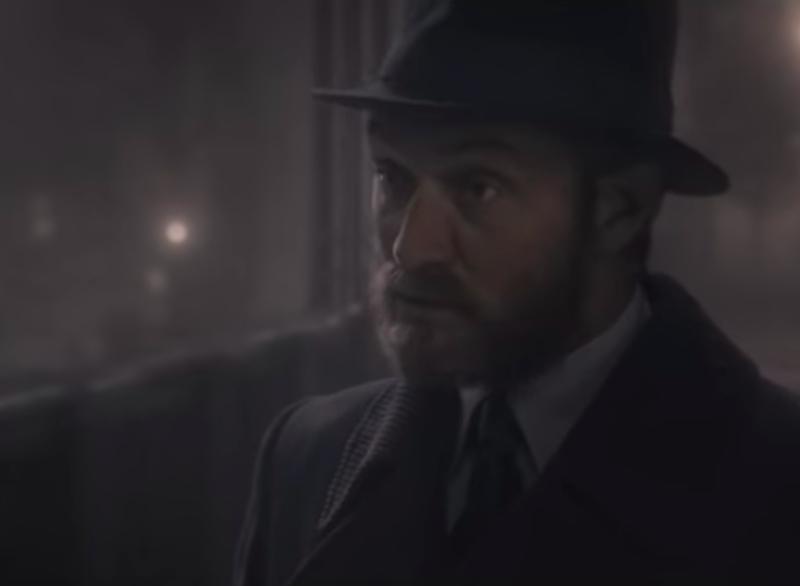 We’re treated to multiple scenes where Dumbledore vaguely alludes to his sexuality and his feelings for Grindelwald, but the film refuses to name these feelings. When he faces the Mirror of Erised, Grindelwald appears and we see that the two previously made a blood pact: a magical promise never to fight one another. While he’s speaking to Leta Lestrange, Dumbledore says that regret has become his lifelong companion, and he warns her not to make it hers too. He encourages her to be honest about her past and vulnerability, hinting that there are truths he hasn’t spoken. The audience can guess those truths might relate to his sexuality and his relationship with Grindelwald, but we’re left hanging without any payoff.

The problem with this choice is that, in addition to queerbaiting audiences and teasing them with possibilities, Dumbledore’s character and storyline feel flat. We’re supposed to believe that he has an unbreakable bond with Grindelwald, but we never get the chance to see the two of them really interact, even in flashbacks. We’re told that they were “closer than brothers,” but we don’t get to see what that looks like. We don’t get to genuinely empathize with Dumbledore’s pain. This makes it challenging, nearly impossible, to understand his character’s arc—he begins the movie refusing to go against Grindelwald, and ends the film feeling hopeful that he’ll find a way to break the pact and fight him. That development and choice doesn’t feel earned because the movie spends all of its time telling us that Dumbledore and Grindelwald used to be close (literally, we only learn this because the characters talk about it) instead of showing us.

It would have been far more powerful for the audience to see Dumbledore and Grindelwald’s relationship when they were close. We don’t get to see the two kiss, embrace, confess their love, or even just talk about unimportant things like their least favorite classes or what they ate for breakfast.

Their relationship had the potential to be complex and compelling. The plot could have asked questions: Did Grindelwald return Dumbledore’s feelings? Were they lovers or was it unrequited? Was all the pain between them caused by their differences in morality and politics, or did they have conflicts before that? Did it take time for Dumbledore to accept that Grindelwald is evil, and what was that emotional process like?

The straight relationships in the film are given serious weight and ample screen time, although the movie struggles with consistent character development and pacing overall. These choices prove that including diversity thrown in as an afterthought makes for inconsistent storytelling at best—and offensive plots at worst (as is the case with Nagini’s storyline). Simply put, The Crimes of Grindelwald seriously suffered by not giving us the openly gay Dumbledore we deserved.