As a Korean American, I often eat rice drowned in leftover doenjang-jjigae (soybean paste stew; 된장찌개) for breakfast, I sometimes speak Korean in my sleep, and I am incredibly proud of my heritage. But I didn’t always feel this way.

During the early years of my life, I struggled to understand my “in-betweenness.” I was born in Korea to Korean and Korean American parents and moved to the United States when I was four years old. I grew up in San Jose, California and Mercer Island, Washington. Even though English was my mother tongue, my kindergarten teacher was adamant that I be placed in the ESL (English as a Second Language) program. My immigrant mother was devastated and worried that I would fall behind, so after dinner, I was always glued to my Hooked on Phonics “Learn to Read” kit.

But no one teased me for being in ESL classes or for going to Korean language school on Saturday mornings instead of going to soccer games.

Instead, I was teased for most of my childhood because of the snacks I ate during recess and because of the lunch boxes (or as we Koreans call them, dosirak) that my mom prepared with the utmost love and care every morning. 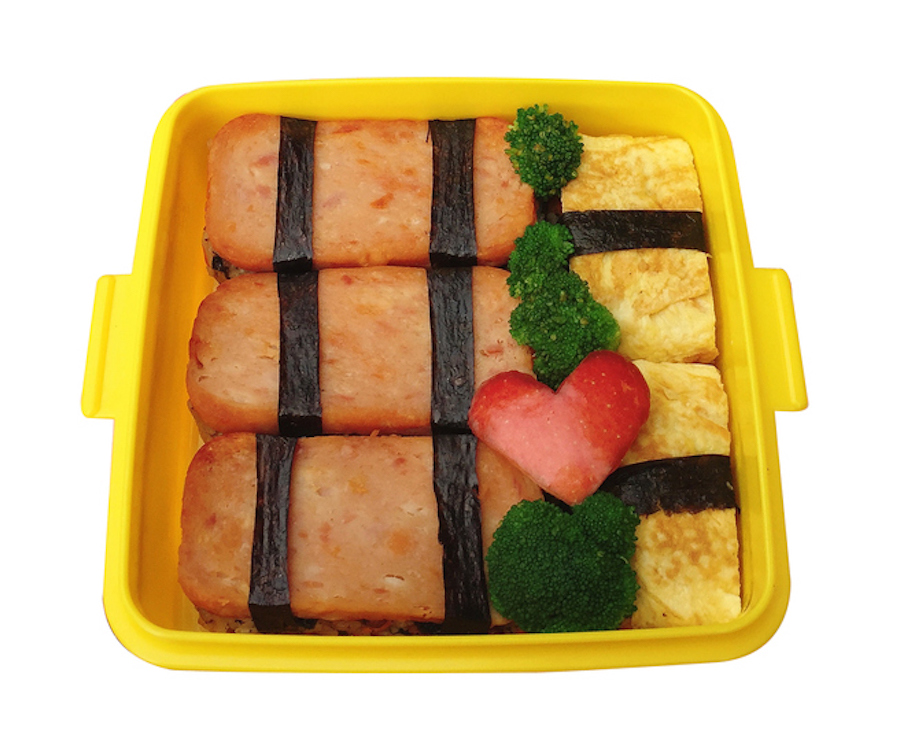 Soon I learned that Cheetos at the playground were cool, and dried seaweed (gim; 김) — which my mother insisted was high in vitamin A and promoted healthy eyesight — was not.

In middle school, before my friends would come over for playdates, I’d ask my mom if we could bake chocolate chip cookies; I had once overheard a realtor say that it made the home smell “acceptable,” and I had also noticed all my white friends commented on the smell of our kitchen (kimchi, Korean fermented vegetables, was a staple in our home).

I’m not the only Korean American who experienced this prejudice around our food growing up. My friend Cory was constantly asked “Who farted?” by visiting friends after he’d eaten jjigae (stew) or kimchi at home. Kathleen traded her gimbap (Korean rice roll; 김밥) for peanut butter sandwiches after her classmates told her gimbap was weird. Cat remembers eating her lunch on the toilet or flushing down her dosirak and pretending she forgot her lunch.

The scars run deep for me as well. 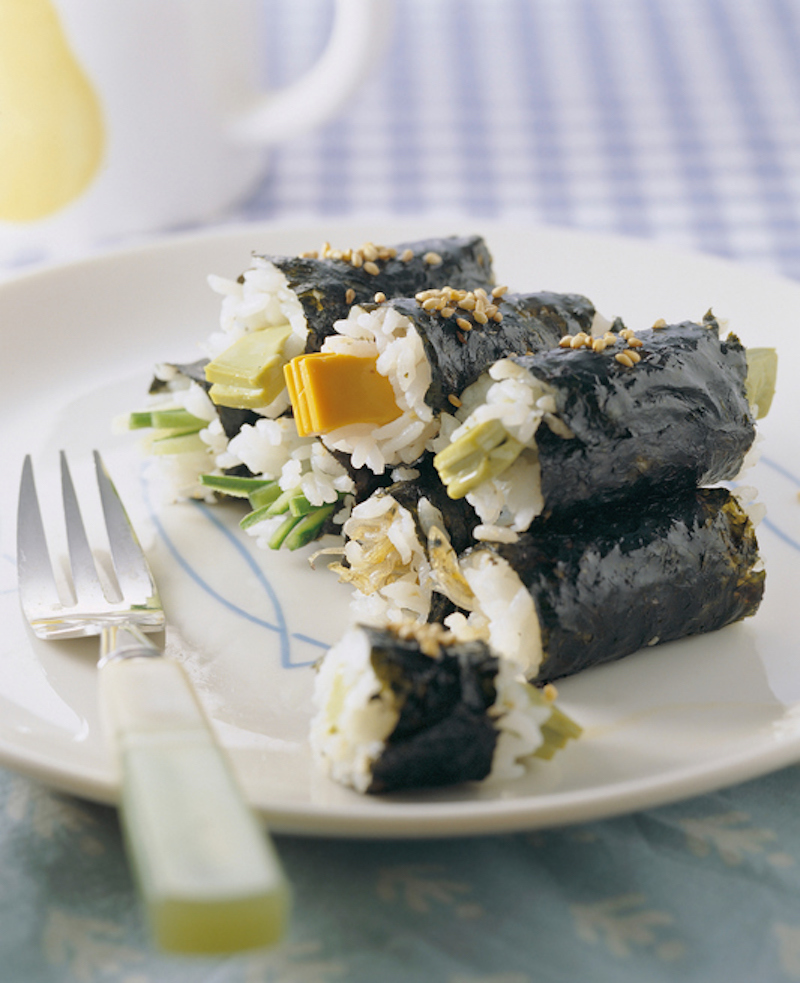 I vividly remember when my friend came over and my mom cooked up Shin ramen with an egg for us, my favorite meal at the time. My friend refused to touch it because she didn’t want to eat “tapeworms.” I tried to explain that it was like “spicy spaghetti,” but she wanted Goldfish and Capri Sun instead.

The next day at school, this friend decided to tell everyone in our class that my mom cooked “rotten” foods.

It really hurt. I was upset, and the principal called my parents. When I came home, my mom sat me down to tell me stories about Dae Jang Geum (대장금), a female Korean physician that used foods to heal the King. I’m sure the popular KDrama series Dae Jang Geum that was airing at the same time had inspired my mother to share these tales, but after that conversation, I was hooked. I fell head over heels for Korean food; I wanted to learn as much as possible about why we ate what we ate.

That same year, I brought fried Korean style silver hairtail fish (galchi; 갈치구이) and rice to eat for breakfast after morning swim team practice. My teammates didn’t want me to shower in the same locker room because my fish was “smelly,” and I no longer cared. I showered outside and ate my fish and rice with pride. Little did my teammates know that my breakfast, packed with much needed carbohydrates and protein, was far healthier than their Eggo waffle or PopTart.

When I was in high school, Chef David Chang rose to fame with Momofuku and Chef Rachel Yang opened a Korean fusion restaurant, Joule, in Seattle (near where I lived) — and everything changed.

I now giggle every time I walk down the ethnic aisle at the grocery store and see Korean instant ramen and the beloved chocolate snack, Chocopie.

In college, I dedicated a summer to living in Korea, where I attended a Korean culinary academy. I learned to cook my favorite Korean dishes, from bulgogi (marinated beef; 불고기) to kimchi-jjigae (kimchi stew; 김치찌개) to banchans (Korean side dishes). I even participated in “temple stays” to learn how to cook Korean vegetarian cuisine from Korean Buddhist monks. Through my love and curiosity for Korean food, I found a profound appreciation for my “in-betweenness.” I also discovered a way to more deeply connect with my own mother and grandmother, as most of the Korean recipes I cook today are passed down from them.

Now an adult, when I discuss the personal struggle of growing up Korean American with my American expat friends in Paris (where I now live), they always ask me if I am upset that Korean food has become “trendy.”

They ask, does seeing Korean food all over my Instagram feed offend me? My answer is always no. I strongly believe that food is one of the most important ways to understand another culture, and I am glad that Americans have grown more receptive to food from other places. For example, after a wild night of drinking, my friends always gather in my tiny Parisian kitchen the morning after for my kongnamul-guk (soybean sprout soup; 콩나물국), a popular Korean hangover cure. No one ever questions the smell of my kitchen and people actually ask, “Where is the kimchi?” What makes me the happiest is that my baby sister Chelsea, who is only ten years old, now trades her Kirkland Signature dried seaweed from Costco for packets of Gushers with her friends during recess.

If you ask me, the best way to experience a culture is to taste its food. I hope that during this Asian Pacific American Heritage Month, and all year long, you try or cook up something new (like my family’s recipe below!).

Cho Family’s Kongnamul-guk Recipe:
This soup is traditionally made with a fish broth but I was never a huge fish eater (other than consuming fish for breakfast after swim team practice), so my mother made a version without it! I personally prefer this recipe when I am hungover because it’s basically just a salty, spicy broth. In Korea, we say foods are shiwonhada, which means something along the lines of “fresh” and “refreshing.” This soup is just that — it always hits the spot.

INGREDIENTS (makes at least two servings, depending on how thirsty you are)
4 cups of water
1 package of soybean sprouts (500 grams), thoroughly washed.
1 clove of garlic, minced (feel free to add more to fit your taste)
1+ tablespoon salt (we use Korean sea salt but any salt will do; we always say “1+” because there are days when you just want it a little saltier)
1 chopped green onion, washed and chopped, as garnish
Sesame seeds as garnish
Korean hot pepper flakes aka gochugaru (optional if you need that spicy kick!)

DIRECTIONS
1. Bring 4 cups of water in pot to a boil with lid.
2. Place the washed soybean sprouts into the pot and bring to boil with lid.
3. Add 1+ tablespoon of sea salt, 1 minced garlic clove, and optional Korean hot pepper flakes.
4. Lower the heat, cover, and let it cook for another 15 minutes. The soybeans should be slightly crunchy on the outside but soft on the inside.
5. Place in bowl, sprinkle in green onion, sesame seeds, and a little sea salt to make it look good.
6. Serve with a bowl of rice (and some kimchi never hurts).