When I first heard of the Face Swap Live app, which is currently sitting pretty at #1 on the Apple app store charts, I thought: Haven’t we seen this idea before? 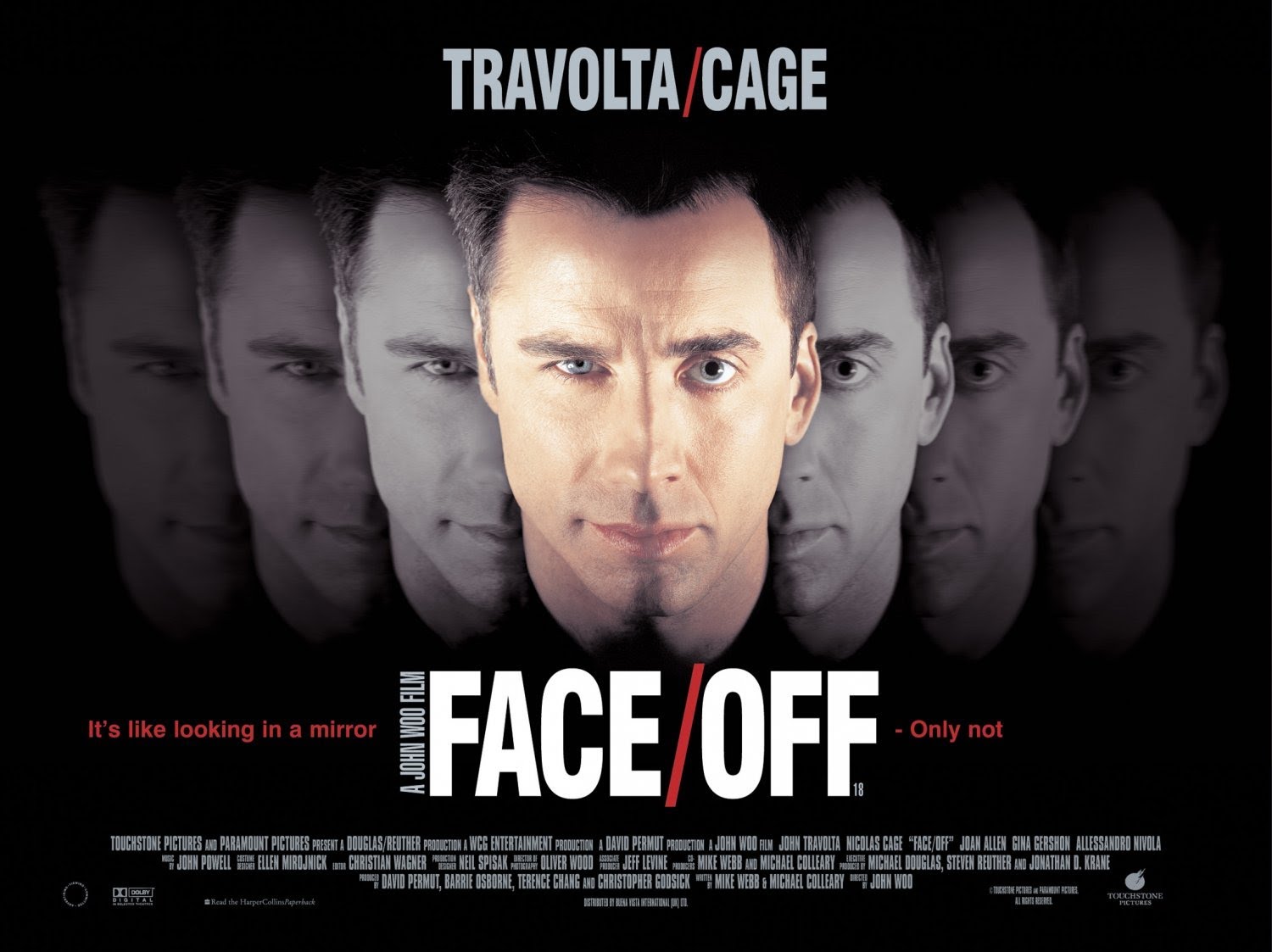 And as you can guess from the name, Face Swap Live is based on one simple premise: When you swap a person’s face with another person’s face, it will lead to disturbing hilarity. But, the app’s popularity has us wondering, what else can it do? Is there more to it? Surely, swapping faces isn’t THAT sustainably funny? So, I test drove some of the app’s features:

The app has two main settings: You can use a pre-set photo, or swap faces in real-time (aka live) through your phone’s camera. For the pre-set photos, you can choose to wear an image as a mask or place your own face within the image. I decided to aim high by trying both options with the Renaissance masterpiece, Leonardo Da Vinci’s Mona Lisa: 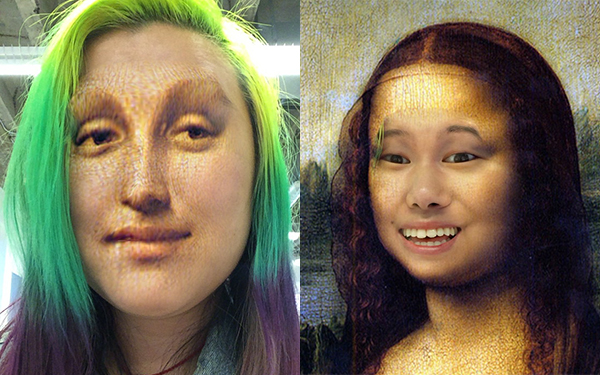 Hmm. It turns out that oil paint portraits don’t quite translate over onto human skin, but the face overlays are more elastic than other face-swap tech out there (like Face in Hole and other similar sites). Notice the way that the Mona Lisa’s smile and expression have tilted to mirror the incredulous face I was probably pulling; similarly, my face is distorted in order to fit into the portrait’s dimension.

Feeling slightly more intrigued, I decided to level up with a photo of none other than Beyoncé. (Aside: Did the app clear the rights for existing peoples’ portraits?) This time, I also utilized Face Swap Live’s video recording option to make GIFs within the app. First, I wore Queen Bey’s face as a mask:

Weirdly enough, you can see that her “face” actually does move with mine, down to my teeth coming out of “her” lips. It’s incredibly freaky, but shows how versatile the mask option is.

Sadly, the inverse, where my face is placed onto Beyoncé’s, doesn’t translate nearly as well:

In addition, I kept getting error messages when I tried to turn the video into a GIF; I eventually had to export, re-record, and GIF-ify the video through other programs.

Within the pre-set photo options, you can also clip how much and where you want to swap. You can leave your nose intact, as well as only swap your eyes or your mouth. Feeling patriotic, I decided to clip my eyes onto President Obama’s: 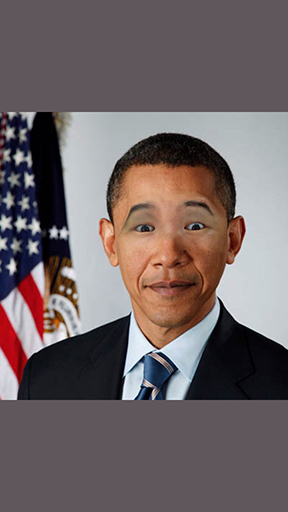 I’ve never cackled so hard. THANKS, OBAMA. (Also, this provides some insight as to how the app deals with differing skin tones: Badly, but in the best way.)

And then just for funsies at this point, I decided to swap faces with a cat: 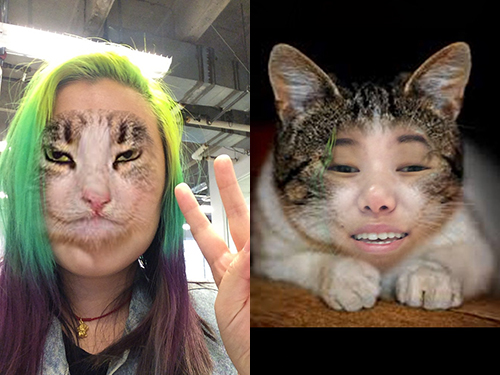 The “live” portion from Face Swap Live comes from the fact that instead of relying on still photos to swap, the app can switch faces over as you record a video. To test this out, I ambushed my friend and colleague Rachel for an impromptu face-off:

While the app did successfully (and creepily) swap our faces, the hold on the actual swaps was imperfect. This probably has to do with the fact that we were both laughing and screaming as the swap moved in and out of focus. In addition, Rachel’s glasses probably confused the app a bit, though when my face went onto hers, the app actually filled in its own glasses!

FINAL VERDICT: It’s easy to see the appeal of Face Swap Live, and for $0.99, it delivers some legitimately cool tech features, as well as a stupid amount of easy laughs. We’re sold.