We’re totally behind this campaign for empowering female emojis

Emojis are a great way to express your feelings when you don’t feel like using words. With one tiny emoji, you can let someone know exactly how you’re feeling or what you’re doing. But there’s one problem—females are getting the raw end of the emoji deal.

Just take a look at all the emojis offered. You’ll notice that very few of the females are doing anything besides getting a haircut, putting her hand up, being a bride or a dancer.

The emojis that exist now don’t allow for self-expression in a gender fluid way, or even a way that allows females to play sports or have professional jobs, unlike the male emojis that play basketball, swim, lift weights, cycle and have jobs like a police officer and a detective.

Girls aren’t at all being represented by emojis, and they’re being limited by stereotypes. Emojis definitely are not sending girls the right message.

Proctor and Gamble Always brand just released a video that draws attention to the gender-based holes in emoji land, and asks people to use the hashtag #likeagirl to express what emojis they’d like to see. Their research shows that girls send over one billion emojis every day.

“They’re all mainly pink. That’s pretty much it,” one girl in the video said. “There (are) no girls in the professional emojis unless you count being a bride a profession,” another girl pointed out. 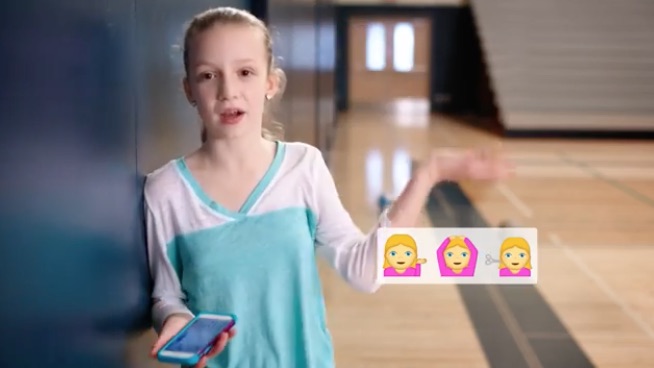 Executives at Always, which is now known for its #LikeAGirl campaign, have already approached the Unicode Consortium about increasing the available emojis to more accurately represent how girls live.

Always’ research shows that the self-confidence of girls plummets at puberty, so the intent of the video is to step up the scrutiny on messages being directed at them.

“Our vision is that when a girl picks up the phone, in a couple of months, she’ll have an array of options that represent professions and sports and activities that girls do,” Michele Baeten, global associate brand director for P&G’s Always, said. “Their only choices shouldn’t be pink and manicures and hair.” 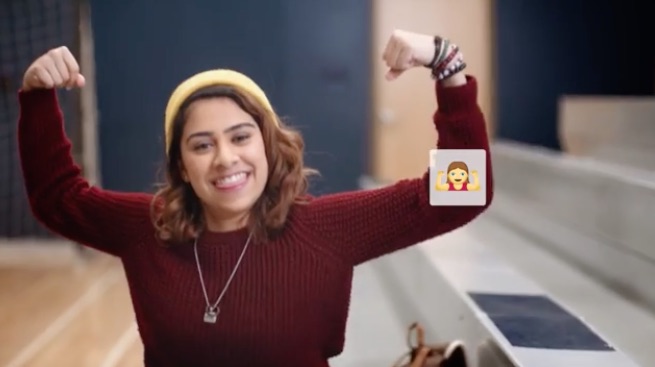 Rachel Simmons, co-founder of the national nonprofit Girls Leadership and a #LikeAGirl spokesperson, told CNN that as much as she uses social media, she had never thought about the representation of girls in emojis until Always brought it up.

“It’s sort of something that is hiding in plain sight,” Simmons said. “And then as soon as you see it, you can’t unsee it.”

The video notes that “Always wants every girl to stay confident. Let’s make emojis as unstoppable as the girls they represent.”

We are completely, unequivocally 100% on board.