Emma Watson’s most epic feminist quotes, in honor of her 29th birthday

Emma Watson’s feminist outlook is no secret. The actress has been vocal about her passion for gender equality for years, and was even named a UN Goodwill Ambassador for Women in 2014 (when she was just 24 years old). She also founded her own feminist book club, Our Shared Selves, in an effort to create dialogue and discussion about diverse feminist issues and perspectives. Basically, she’s a total badass, and we’re incredibly grateful that the real-life Hermione is using her privilege and platform to help empower others.

In honor of her 29th birthday (which is today, April 15th), we’ve compiled a list of the best Emma Watson feminist quotes. Get ready to feel inspired.

1When she clapped back to critics who bashed her for showing her breasts in a photo shoot.

In 2017, Watson wore a sheer top for a Vanity Fair cover shoot, and (gasp) her nipples were visible in one of the shots. Many took to social media to accuse the actress of being a “bad role model” for young women, as well as questioned her commitment to feminism. Of course, Watson was not having it.

“Feminism is about giving women choice," she told Reuters. "Feminism is not a stick with which to beat other women with. It’s about freedom. It’s about liberation. It’s about equality. I really don’t know what my tits have to do with it.

2When she called herself out on being a “white feminist.”

“White feminist” is a term used to describe white women who identify as feminists, but who don’t recognize how the struggle of non-white women differs from their own. Watson has been described as a white feminist by certain critics in the past, and she addressed the criticism head on in a January 2018 post on her book club’s website.

"When I heard myself being called a ‘white feminist’ I didn’t understand (I suppose I proved their case in point)," she wrote. "What was the need to define me—or anyone else for that matter—as a feminist by race? What did this mean? Was I being called racist? Was the feminist movement more fractured than I had understood? I began…panicking."

She continued, “It would have been more useful to spend the time asking myself questions like: What are the ways I have benefited from being white? In what ways do I support and uphold a system that is structurally racist? How do my race, class and gender affect my perspective? There seemed to be many types of feminists and feminism. But instead of seeing these differences as divisive, I could have asked whether defining them was actually empowering and bringing about better understanding. But I didn’t know to ask these questions.”

Watson often speaks up about the many misconceptions surrounding the word “feminism,” as well as how it’s often viewed as a dirty word. And she pretty much summed it all up with this one succinct quote during a Facebook Live chat:

4When she called out awards shows for separating categories by gender.

In 2017, The MTV Movie Awards became the first awards show in history to do away with gendered categories (both men and women are now up against each other in a general “Best Actor” category). And Watson perfectly explained why this was so significant in her Best Actor acceptance speech for Beauty and the Beast.

"MTV’s move to create a genderless award for acting will mean something different to everyone," she said. "But to me, it indicates that acting is about the ability to put yourself in someone else’s shoes, and that doesn’t need to be separated into two different categories. Empathy and the ability to use your imagination should have no limits.

5When she reminded everyone that feminism is NOT man hating.

Watson was appointed the UN’s Goodwill Ambassador for Women in July 2014 when she was 24 years old. In a 2015 speech to the UN, she spoke about many things relating to international women’s issues—but also took a moment to clarify a common misconception about the word “feminism”—specifically, that it is not about hating men.

"The more I've spoken about feminism, the more I have realized that fighting for women's rights has too often become synonymous with man hating. If there is one thing I know for certain, it is that this has to stop. For the record, feminism—by definition—is that men and women should have equal rights and opportunities. It is the theory of the political, economic, and social equality of the sexes." 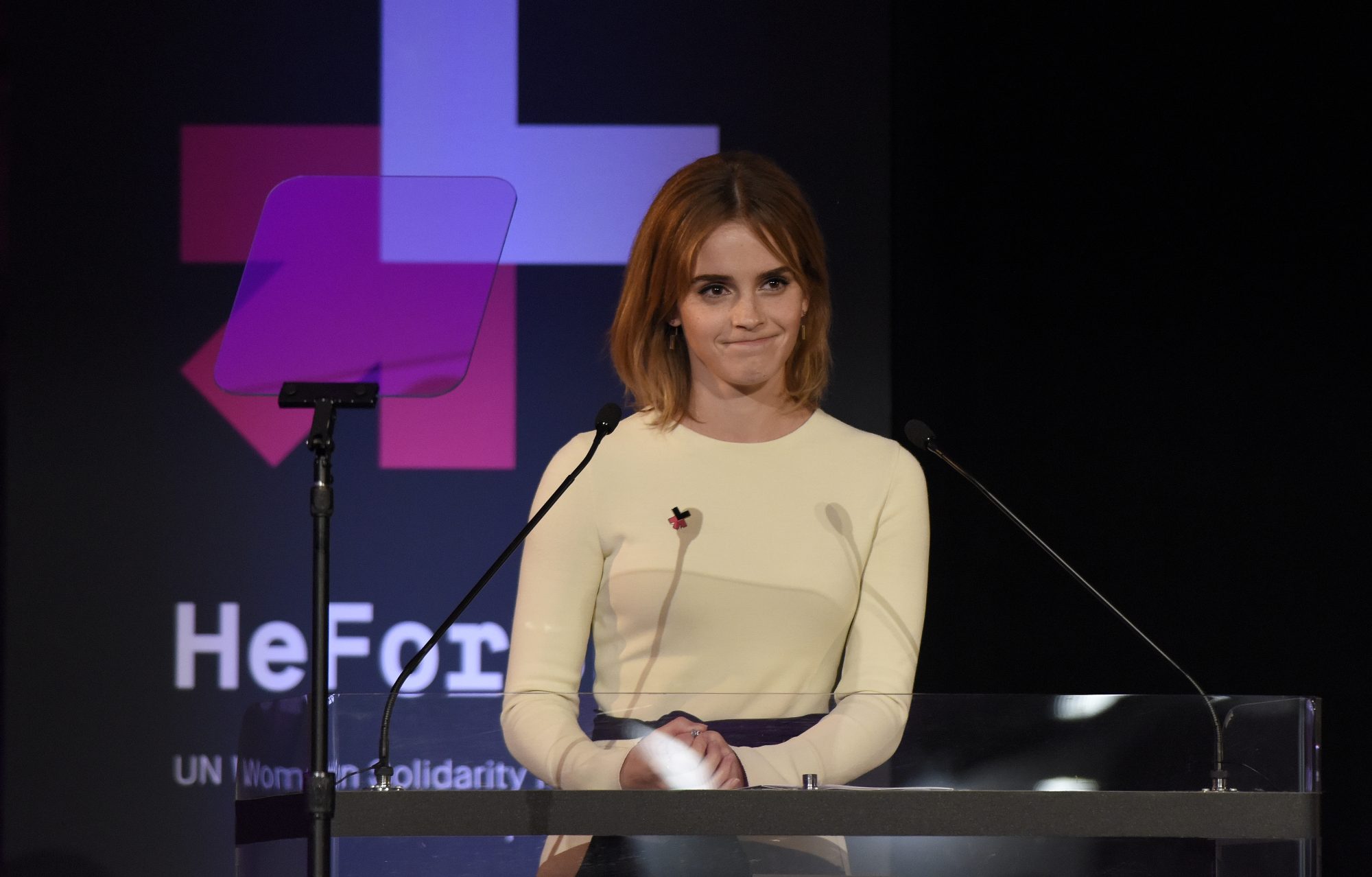 6When she explained how feminism doesn’t just benefit women—it benefits everyone.

Watson touched on this same concept in a 2016 interview with Esquire U.K. when she noted that gender equality doesn’t just make for happier women—it makes for a happier world.

“[Feminism]’s not about us convincing you that gender equality is worth engaging in only because there might be something in it for you, or in it for your sister or your mother,” she told the magazine. “The question is, what’s in it for humans? Happier, healthier, more successful children? Being able to take proper paternity leave and see your baby? Being able to talk to someone if you’re feeling shit? Actually getting to be yourself? Getting asked out by a woman? Better sex? A marriage that is a true partnership?