Emma Stone wore pants underneath her bejeweled gown at the BAFTAs, and looks so comfortably confident

Emma Stone is having quite the awards season and the BAFTA Film Awards ceremony on February 12th was no exception. During the British awards show, Stone won Leading Actress for La La Land. While her win wasn’t all that shocking since she has been dominating with wins at the Golden Globes and the Screen Actors Guild Awards, Stone’s pants underneath her gown at the BAFTAs were a sneaky and stunning surprise.

While the dress had a plunging neckline, Stone’s legs were almost completely covered in her Chanel beaded gown, thanks to a pair of matching pants. Her metallic Chanel Couture heels and ankle bracelet finished off this polished and unique look. 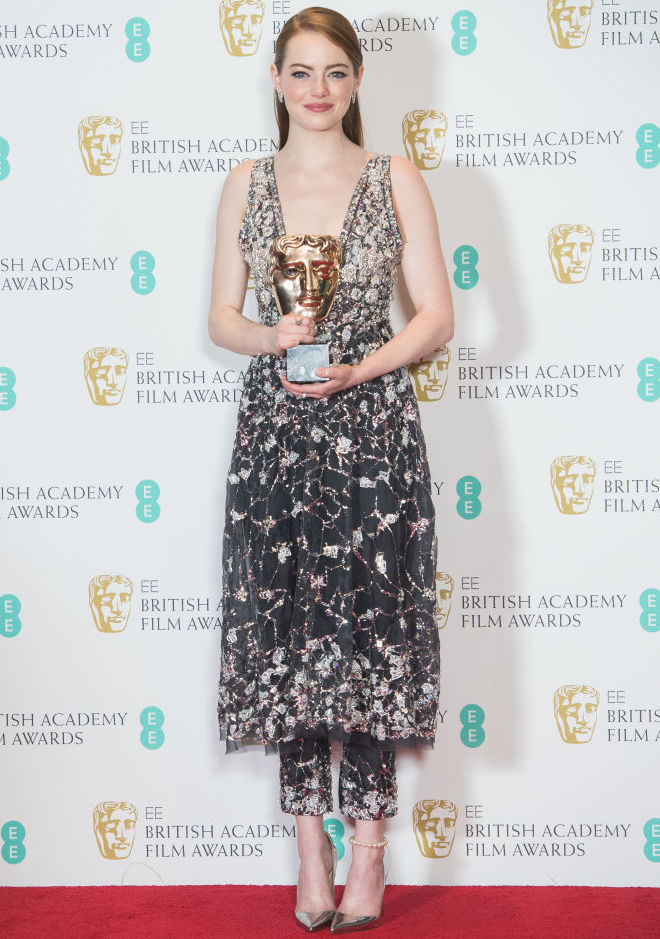 This isn’t the first time that Stone has rocked pants at an awards ceremony since back in 2015, she wore a Lanvin jumpsuit to the Golden Globes when she was nominated for Best Performance by an Actress in a Supporting Role for Birdman. 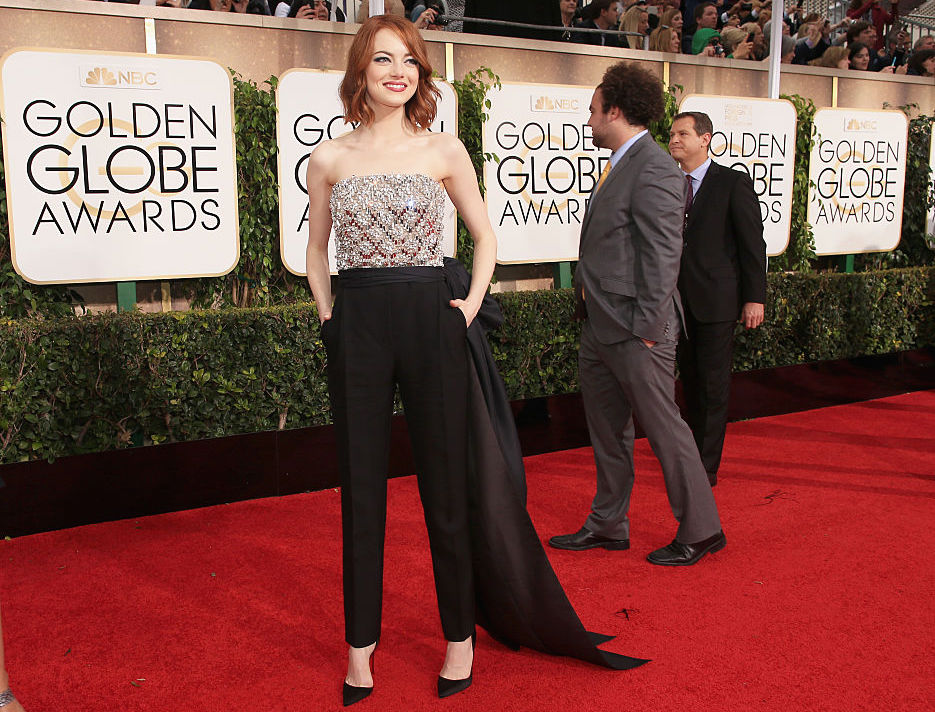 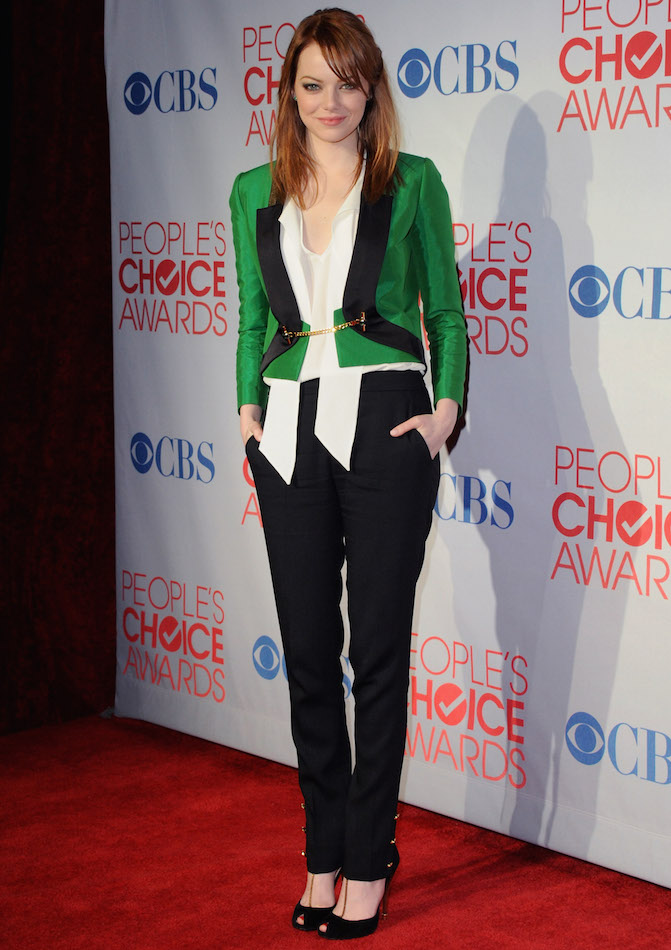 …and a spectacular, plunging jumpsuit to the UK premiere of The Amazing Spider-Man.

Yet, the whole pants underneath the dress look is unchartered territory for Stone. Sure, Allison Williams just wore a dress with pants underneath during the Girls Season 6 premiere and Stone’s fellow Emma — Emma Watson — pulled it off in a backless wonder at the 2014 Golden Globes, but it’s still a pretty rare look to be seen on the red carpet.

Stone’s awards show fashion tour for La La Land will be wrapping up during the 2017 Oscars on February 26th, where she (most likely) will win the award for Best Actress. As she wore a one-shouldered jumpsuit during the Oscar Nominees luncheon and has been killing it at the other awards shows — like her starry dream of a dress at the Golden Globes — we expect something equally as gorgeous from Stone come the Academy Awards.

As her BAFTAs look proved, Stone exudes confidence wearing any type of style.