Eminem reportedly rapped that he’d “side with Chris Brown” after Rihanna assault, and that’s disgusting

A newly leaked snippet from an unreleased version of B.o.B.’s 2011 track “Things Get Worse” reveals Eminem (whose real name is Marshall Mathers) supported Chris Brown after Brown pleaded guilty to physically assaulting Rihanna in 2009. According to Insider, the seven-second clip, titled “(SNIPPET) Eminem — Things Get Worse (Rihanna Diss),” was illegally leaked on the r/Eminem subreddit page earlier this week. In the clip, Eminem reportedly says via voiceover, “Of course I side with Chris Brown, I’d beat a bitch down too.” 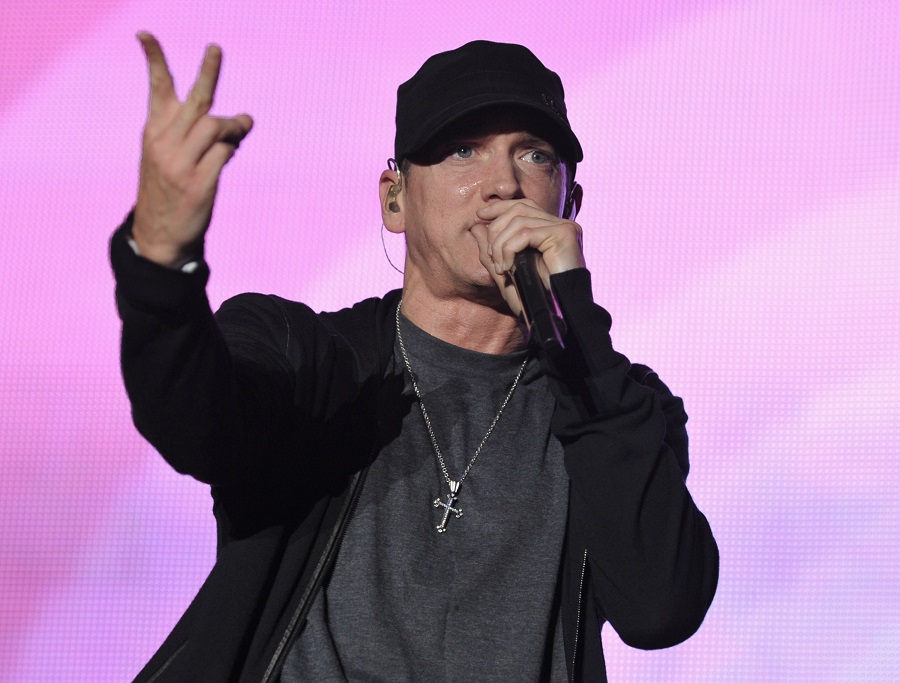 Although Insider reported the clip still remained on the subreddit as of November 4th, it appears to have been taken down as of today, November 5th.

“Things Get Worse” was reportedly recorded over one of Eminem’s cast-off tracks meant to appear on his 2009 album Relapse, which was released months after Brown accepted a plea deal for his assault charges and a year before Eminem worked with Rihanna on “Love the Way You Lie.”

In 2013, Eminem and Rihanna united again on the track “The Monster” before hitting the road on a mini-tour in 2014.

On the track, Eminem also talks degradingly about Angelina Jolie, Jessica Simpson, Carmen Elektra, Natasha Bedingfield, and Dakota Fanning (who was only 16 at the time of the “Things Get Worse” release date). And this certainly isn’t the first song to reveal Eminem’s shocking attitude toward women.

In fact, both his mother and ex-wife Kimberly Scott took the rapper to court in the early 2000s over violent lyrics directed toward them. Each of their suits was settled.

Though his lyrics supporting domestic abuse are shocking, Rihanna’s fans refuse to be fazed.

And some are pointing out (rightfully) how upsetting and toxic these lyrics are. Others have already added him to list of “canceled” members of the music industry.

Neither Rihanna nor Eminem has commented on the recently leaked lyrics.

Eminem’s support of Chris Brown is disturbing and must be addressed by fans and followers. His outlandish, sexist lyrics may have been able to slip under the radar a decade ago. But in the post-#MeToo era, we aren’t letting this behavior happen anymore.

If you are a survivor of domestic violence and need help, contact the National Domestic Violence Hotline at 1−800−799−7233. You are not alone.