If you spent your childhood watching Elvira’s Movie Macabre slack-jawed in front of the TV rather than playing with Barbies, you probably already associate Elvira with Halloween.

The legendary horror movie hostess is as synonymous with the holiday as carving pumpkins, telling ghost stories, and trick-or-treating, making her last run at Knott’s Scary Farm all the more bittersweet. After performing at the Southern California theme park every October, on and off since 1982, Elvira (who calls herself the “most popular ride at the park”) will bid farewell to her iconic gig.

It’s not that she wants to completely retire from being Queen of Halloween. Cassandra Peterson, who portrays Elvira, wants to devote time to other projects — and admits that she’d rather quit twirling her sequined spider tassels while she still can.

“I'd rather go out on top when I still look hot and awesome, and not stay until I'm doing the show in a walker, Peterson tells HelloGiggles. “I love Knott's and I'll definitely miss it a lot. I just think my live show days are over. It's pretty taxing. 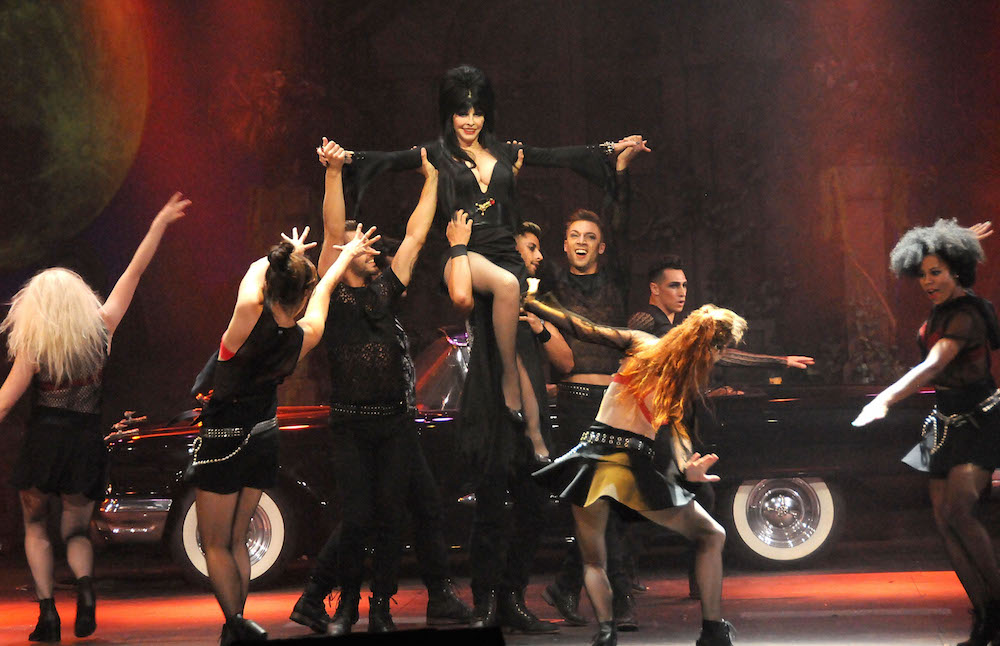 Peterson says this particular show has been one of the most memorable. “One of my favorite memories was actually this show because it’s Mistress of the Dark, and kind of based on the movie,” she says. “Lots of celebs come here, like Cher, RuPaul, and Pee Wee Herman. It’s always super flattering to have other people in the audience who are in the biz come see your show and enjoy it.” 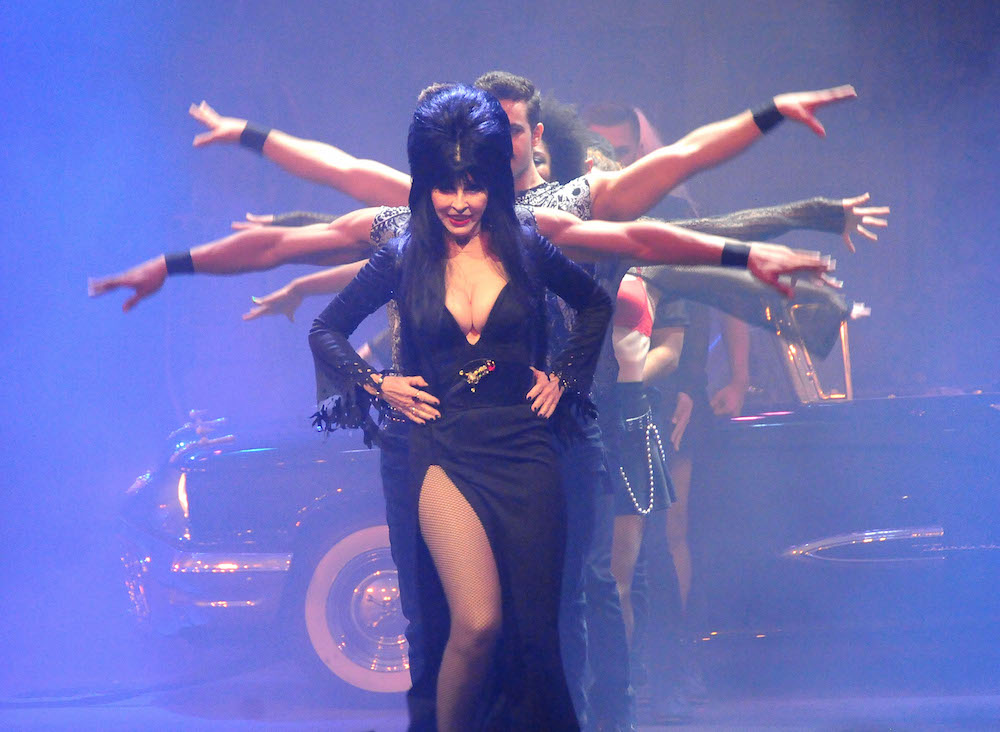 Fans of the 1988 cult classic, Elvira: Mistress of the Dark, should expect fanfare for its 30th anniversary next year. Peterson says she has a few celebratory events planned around different parts of the country, involving some of the other actors from the film. “I’m excited to put that together. That will be another thing that I will be doing next year that will take up some time.” 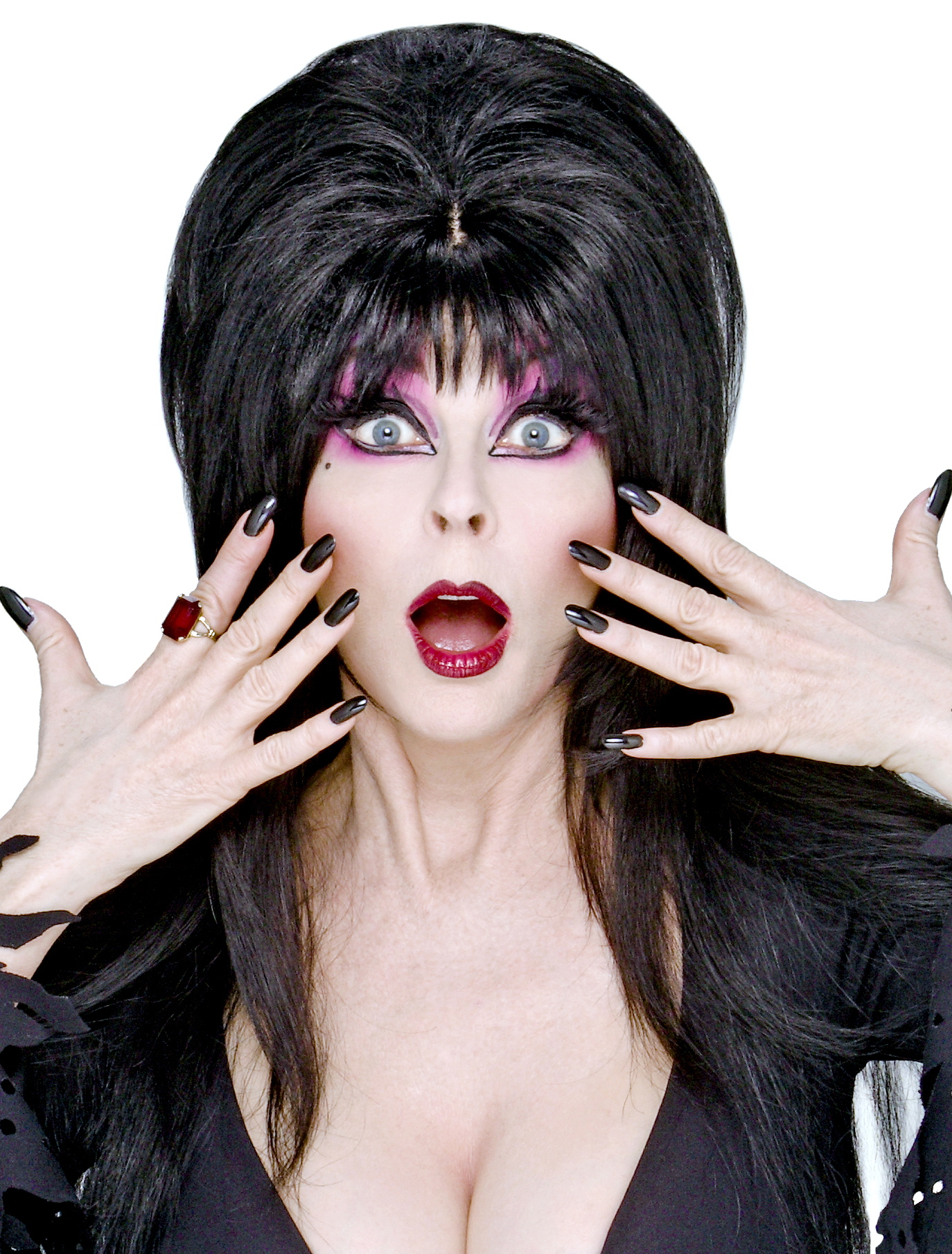 If you’re wondering what modern horror movie Elvira names as her favorite, you might be surprised that it isn’t Insidious or It. “What’s the guy that goes home with the daughter and the parents?” Peterson asks. “Get Out. I loved, loved, loved Get Out!” 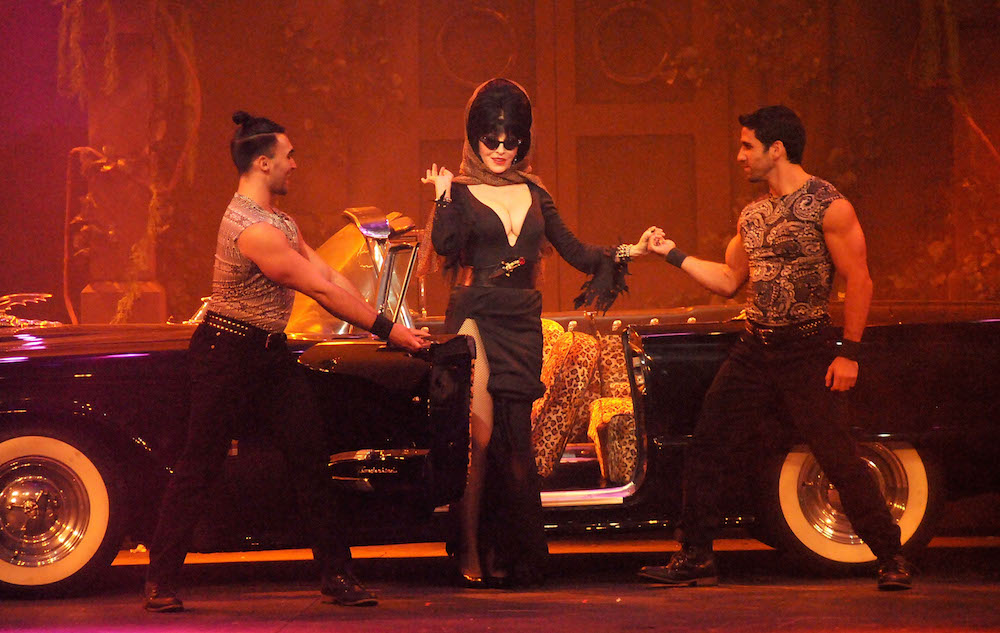 One of the most exciting things about the character of Elvira is not just her unique brand of sass-meets-spooky, but her impressive marketing and licensing reach. For those of us who consider her a style icon, being able to wear an Elvira-inspired dress or drink Elvira-themed wine elevates the fan experience.

Over the span of her 35-year career, there’s been Elvira costumes, dolls, trading cards, and slot machines. A bottle of Elvira’s Night Brew currently goes for $100 on eBay. When asked if there’s still a collab realm that remains untouched, Peterson refers to Elvira Inc. manager Scott Marcus. “We can do Elvira ice cream from Ben and Jerry’s,” says Marcus. “Yeah! There you go! Mistress of the Dark Chocolate,” Peterson replies. “That’d be cool. Literally.”

As for those new projects she’ll have time to work on now that her Knott’s show is ending, Peterson says there’ll be a television project, an animated project, and an autobiography, which she wants to finish before “I forget everything and need to have somebody telling me what my life was like.” (Imagine how fun the book club parties will be when that one comes out.)

Alongside the horror expertise and the hilarious character, there’s one particular thing about Elvira that many of her fans find admirable. She’s a feminist icon, even if it’s not as obvious at first. She’s outspoken, bold, dresses however she wants, and won’t take shit from anyone. Peterson is thrilled that fans see Elvira that way. “I have always considered myself a feminist, ever since the ’70s when I read Fear of Flying by Erica Jong. To have this character, the way she’s dressed and everything, to be a feminist is kind of bizarre, but it still worked out for me.”