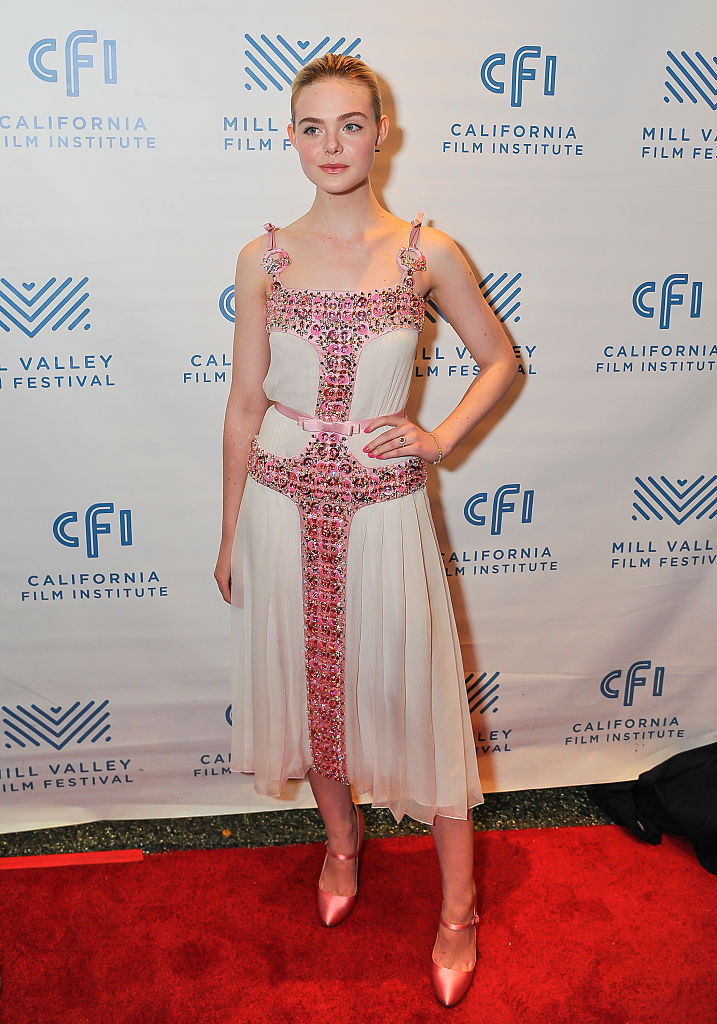 Of course, she herself made the Elle Woods connection, too (because duh). In an Instagram pic of her Tiffany jewels — swoon — she wrote, “Having an Elle Woods moment.”

In the film she was promoting last night, 20th Century Women, Fanning plays Julie, the next-door neighbor to offbeat mother Dorothea Fields (Annette Bening) and her son Jamie (Lucas Jade Zumann), who run a boarding house in Santa Barbara, California in the 1970s. While Fanning is literally the girl next door, her character couldn’t be further from that trope.

In a recent interview with Schon magazine, Fanning spoke about what it was like to play Julie in the film.

"She was a great character to play — the transformation of her — because she does grow up but she’s still young. It was kind of perfect. You know, I’m 18, but am I an adult? Technically I am but I don’t feel like one yet. That was the first more grown-up young woman who I’ve played, which was nice."

20th Century Women is set to hit theaters on Christmas Day, but we’re so glad there are more film festivals before then — that means more great outfits from Elle!