We’re not sure why Elle Fanning chose to go barefoot at the airport, but we have questions

Elle Fanning is a trend-setting fashionista (which is putting it mildly). She’s constantly rocking clothes, accessories, and hairstyles we’d never think to try. Seriously, she kills it in everything she wears and simultaneously makes us feel like we are the opposite of trendy.

However, Fanning recently made one wardrobe choice that we’re a little confused about and a lot concerned about. On Tuesday evening, the 18-year-old hopped on a flight from the east coast, arriving at the Los Angeles airport late that night. She looked super comfy, wearing an oversized pink cotton blazer and matching pants.

But it’s not the cozy pant suit we’re questioning, it’s what she’s not wearing that has us worried. 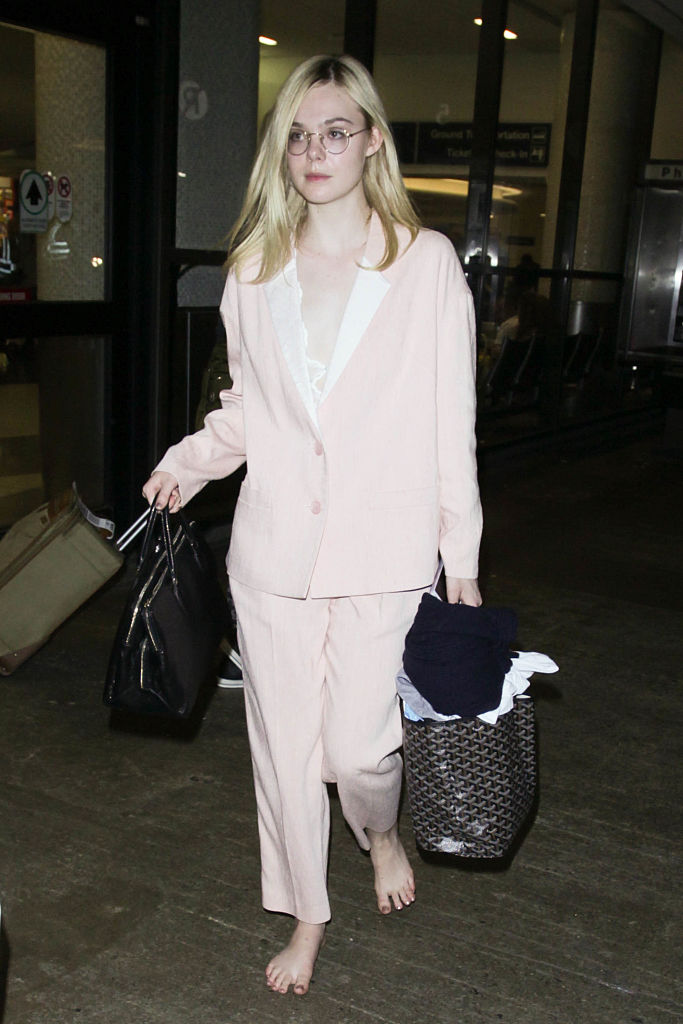 Fanning strolled through LAX wearing NO SHOES. She was completely barefoot. We never went to med school, but we’re pretty sure not wearing shoes at an international airport is unsanitary — for everyone involved. Not to mention she could have stepped on glass or something that might puncture her feet.

So of course, we are dying to know — why wasn’t she wearing shoes? We don’t even like the idea of going barefoot in the TSA security line.

Did she forget her shoes on the plane? Were her feet hurting? Did she literally just not feel like wearing shoes? Or was she trying to start a new trend?

We may never know the answer, but we do know that walking around barefoot at LAX probably shouldn’t become a thing. Because germs.

"Anytime there are a lot of people in a small area, such as on a bus, in a train station, in the airport or on an airplane, there's a lot of coughing, sneezing and touching things and an increased chance for spreading germs around," John Zautcke, medical director of the University of Illinois-Chicago Medical Clinic at O'Hare Airport, told USA Today.

Also, there’s unfortunately much more to be worried about.

“Athlete’s foot is not the only issue. Think of all the things that fall off people’s shoes. Also, there might be small tacks or sharp pebbles that could cut you – and if you have an opening in the skin, that is asking for infection. Even a sock won’t protect your foot. If you do step on a tack, then we’re talking about [possibly] having to get a tetanus shot, and possible infections.

So what’s up, Fanning? Why the no shoes? (And please be careful!)