We’re ONE DAY AWAY from the premiere of Drew Barrymore’s Santa Clarita Diet, the zombie show of OUR DREAMS. Because honestly, at this point, we’ll tune into whatever niche genre programming Netflix wants to make us (Stranger Things and The OA have made us devotees.) And then they added in Drew Barrymore, whom we’ve loved basically our whole lives. And THEN they added in zombies, and the tongue-in-cheek diet title…how could we POSSIBLY resist this?

With the series set to drop tomorrow, Netflix has released its final trailers. We can’t find links online, but we CAN find links on Netflix — and if you don’t have a subscription, you’re going to have to get one for tomorrow anyway, so really, we’re just doing you a solid. 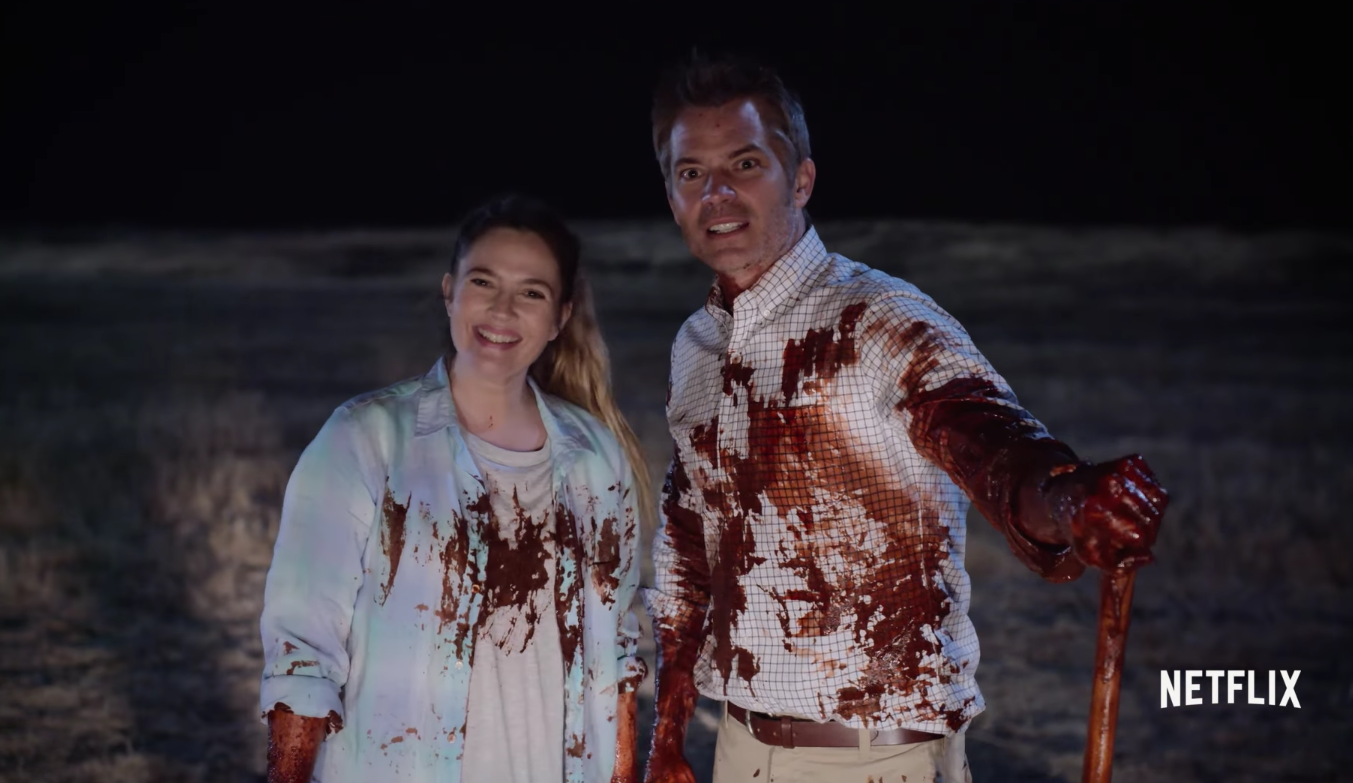 Another trailer features Drew Barrymore reeeeally digging into some body parts, which is both rad and super upsetting. 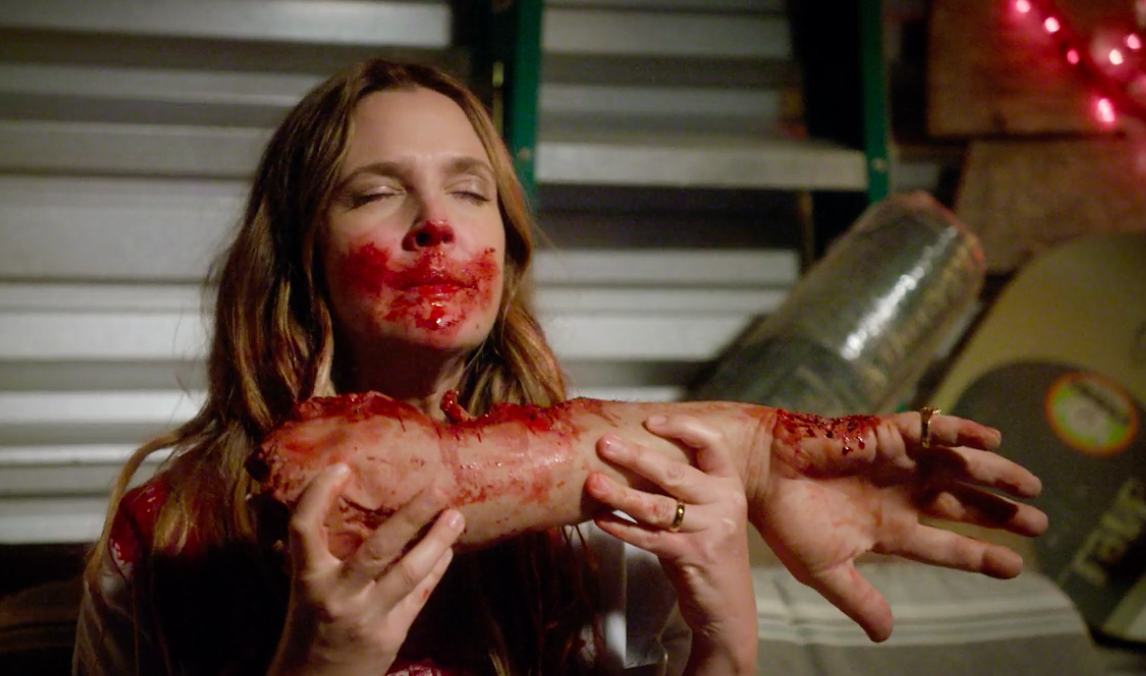 And maybe the best of all shows Drew and Timothy suiting up to go kill a “young, single Hitler” type for Drew to munch on. We’re already in love with them. 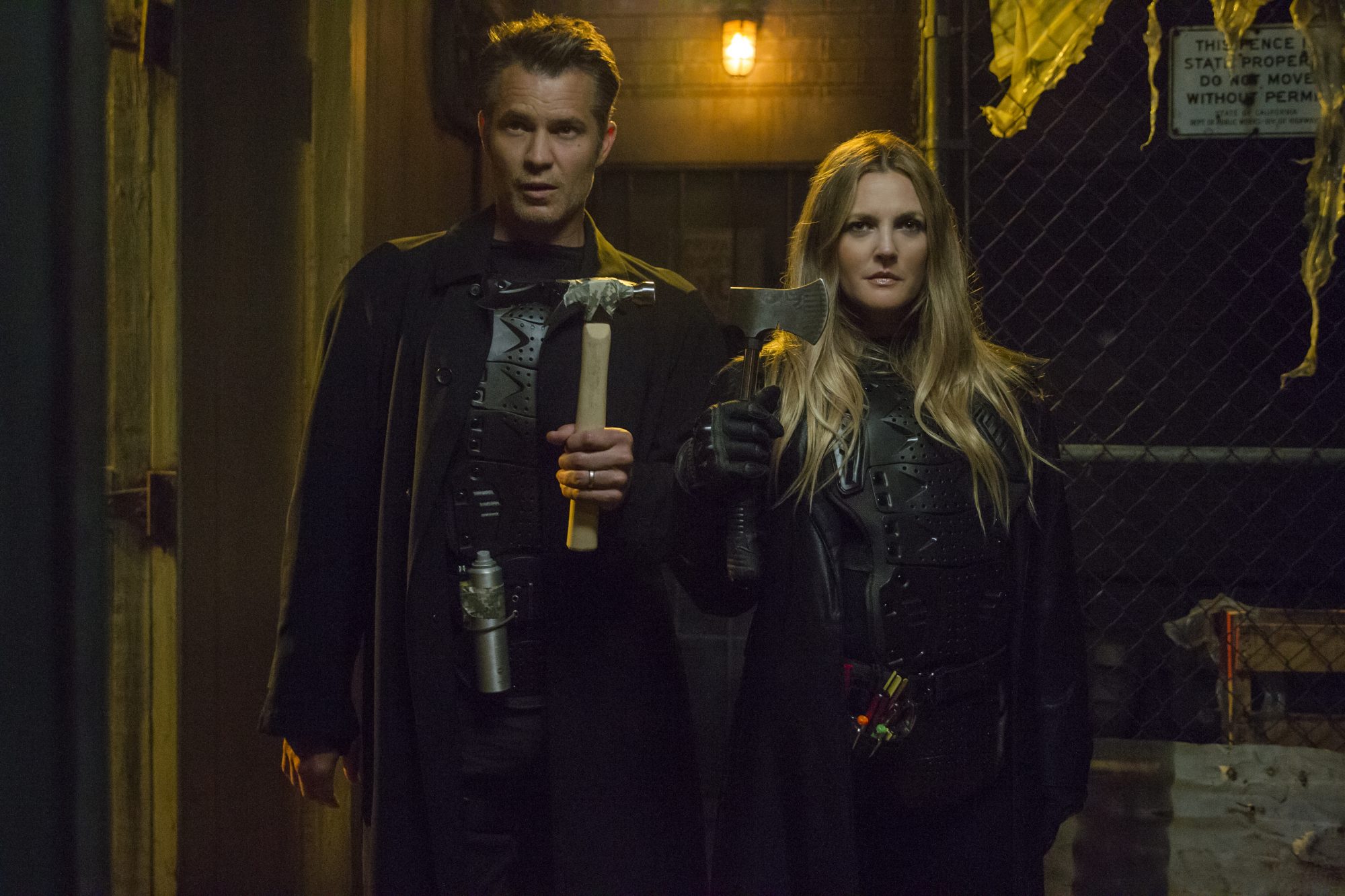 We’re pretty sure that hashtagging this post with #relationshipgoals is, like, not exaaactly good, since they’re clearly going to cut some people up for Drew Barrymore to eat…but, like. They obviously have a very loving relationship. They accept one another for who they are, even if one of them is a zombie. They have good communication skills. They tell each other what they need, even if it’s body parts. AND they obviously work well as a team.

So frankly, what’s NOT to love!? There are a couple of other wooonderful trailers if you’re trying to get hyped for the premiere tomorrow. As long as it’s not possible to be TOO excited, we’ll be watching them with you.