Can dreams actually predict your future? We spoke to two opposing camps

It might have happened to you before: You had a dream your long-lost ex was going to call, and they called the next day. Or maybe once, like me, you had a dream about a global pandemic, and then, you know. If you’ve ever had a dream that seemed to predict the future, though, you also might have had someone roll their eyes at you when you’ve told them your theory. The idea of prophetic dreams or visions is as ancient as it comes, and some people truly believe they’ve had them—myself included. For many others, though, being gifted divine knowledge of the future while they slumber is a hard idea to swallow. So what do experts say is actually going on when you have a dream that eventually comes to pass?

Clinical psychologist Dr. John Mayer, who uses dream interpretation in his practice, tells HelloGiggles that there is nothing mystical or supernatural about seemingly prophetic dreams—it’s just about science.

“The thoughts and images of our dreams are made up of data that has been gathered by our waking perception and stored in our memory,” Dr. Mayer explains. “When dreams appear to predict the future, it is because the dreams are analyzing these facts and making ‘educated guesses’ about upcoming life events.”

He adds that we make educated guesses all the time in waking life. For example, when you predict that the grocery store will be crowded on a holiday weekend, then get there and see a line out the door, it’s less a divine message and more the result of making an assumption based on a collection of facts. Dr. Mayer also notes that people who pay more attention to their dreams are the ones who more often find them to be predictive.

“Almost every dream can be analyzed in a way that will pick out predictive elements,” he says.

Our brains might make unusual connections in sleep that we wouldn’t when we are awake, because although “our brains cannot stop” while we sleep, says Dr. Mayer, they don’t process anywhere near the amount of new information that we gather while awake. Dreams, then, analyze data already stored and create connections that are less obvious, illogical, and, occasionally, totally random—which can make some dreams particularly weird. According to Dr. Mayer, the bizarre narratives of dreams might be why some people believe them to be predictive. After all, you can read into symbolism in retrospect. Say you had a dream where you were shaking in a chair, and a week later, there was an earthquake. You might consider that coincidence, or you might consider that predictive. 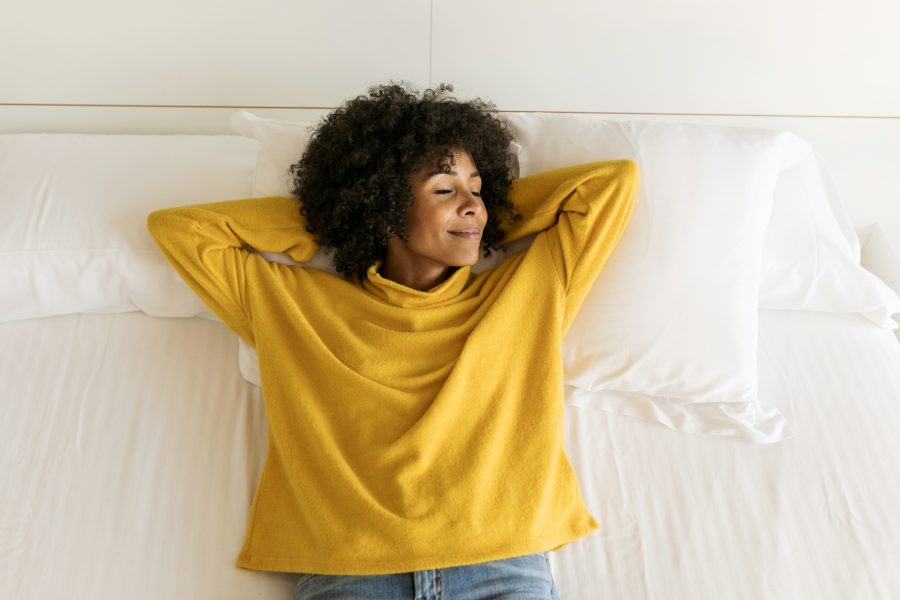 Other types of experts say that reading into your dream symbols is not something to be skeptical of but, instead, that it should be encouraged. Psychic reader and teacher Siobhan Johnson tells HelloGiggles that prophetic dreams are fairly common with her clients. (Like Dr. Mayer, she finds that people more frequently claim they are having predictive dreams after they start paying closer attention to the content of the dreams.)

And while Johnson notes that dreams that seemingly predict a worldwide disaster, for example, are fairly rare, she believes smaller prophetic dreams happen all the time—to all of us. The more capable we are of connecting to our dreams and interpreting their symbols and narratives, the more (potentially prophetic) information we can receive from them. Remembering and understanding that information is a skill you can practice by recording, talking about, and interpreting your dreams.

“After improving my own dream recall, I noticed that several instances of ‘déjà vu‘ were actually times where something I had dreamed about and mostly forgotten had come true,” Johnson says. “I have since worked on the assumption that déjà vu is just partially recalling a dream.”

Johnson believes that there are a lot of important takeaways to be discerned from dreams, both about ourselves and the world around us—present and future. She says that our brains essentially create scenarios in our dreams as a way to give us complicated information that we can interpret, similar to how we might interpret art or music.

“[Messages] are often delivered in metaphor,” Johnson says. For instance, your brain might symbolize your deteriorating self-esteem within your marriage through a dream where your wife is disgusted by your teeth falling out. “Hopefully you’ll fill in the gaps,” Johnson says of these dreams, and realize that you may be receiving a message you might not be putting together in real life.

Another way to think about dreams is that they can help you figure out what is going on on a subconscious, emotional level so that you can make informed decisions about the future. Per the example above, if your marriage falls apart, you might look back in retrospect on that dream as predicting the failed marriage. But what if you had that dream and then decided to go to therapy, say? Things might turn out differently, with your marriage saved.

Ultimately, it is up to you to decide what’s going on in your dreams and what you believe they mean. Maybe you think they are totally random, but maybe you’re starting to feel that your dreams just might be giving you valuable hints at the future. Either way: time to get a dream journal, no?