Sorry, Blair and Chuck shippers, but Dorota and Vanya had the best relationship on “Gossip Girl”

Relationships were constantly changing on Gossip Girl, and they were often full of drama, drama, drama: Blair and Chuck and Serena and Dan being the biggest examples. Those peaks and valleys were part of what made the shipping so fun. Will Blair and Chuck get back together after Chuck basically sold Blair for a hotel?! How will Dan react when he finds out that Serena killed someone?!

But those peaks and valleys didn’t exactly make for the most loving or stable relationships.

Looking back 10 years after Gossip Girl premiered on The CW, it’s clear that Dorota and Vanya actually had one of the best relationships on the show. They were so sweet to one another and, most importantly, they were pretty much drama free. 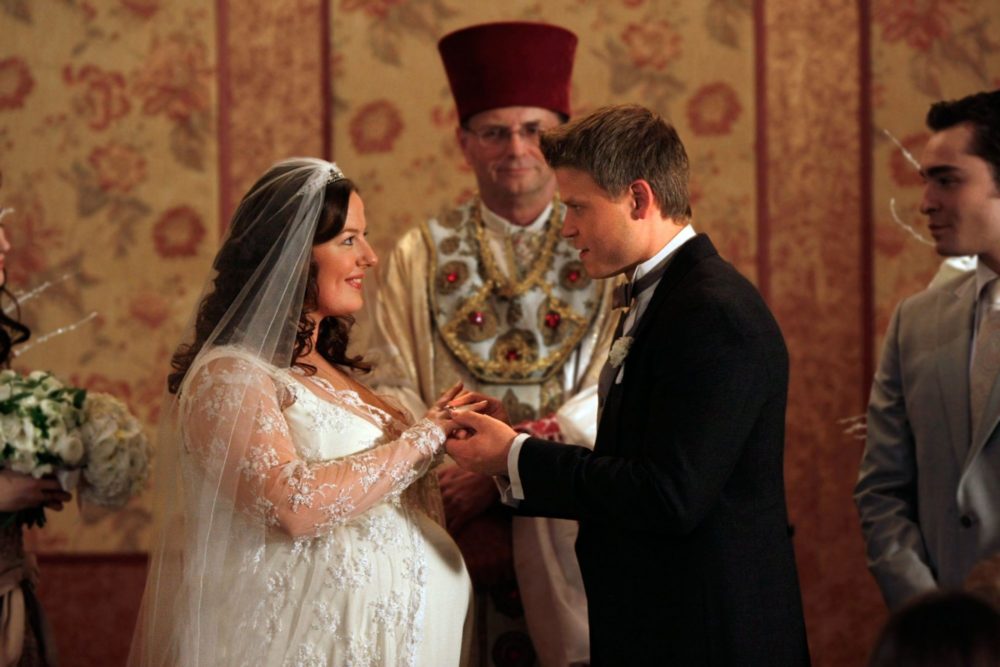 Zuzanna Szadkowski played Dorota on the show. And what she has to say about where she thinks everyone’s favorite maid is at now in her marriage to Vanya, who she shares two children with, is only fueling our fire.

"I definitely think she's still married to Vanya," Szadkowski told HelloGiggles. "I think we had the most pure and cute love story of Gossip Girl."

As for her other big relationship — you know, with Blair — Szadkowski is confident that Dorota is still working for the Upper East Sider.

"I definitely imagine that Dorota would work for Blair until the day that she died. I don't think anything would change there. What's funny about their relationship is it's timeless," Szadkowski said. "I think it didn't matter whether I was in my twenties or I was 65, [Dorota had] maternal love for Blair and the dynamic between them would never change."

But wait, it gets so much better: “It was unconditional love, which I feel like is part of what made that pair work, because so much was always changing, shifting in terms of people’s alliances in the show,” Szadkowski continued. “You can always count on Dorota if you’re Blair. I think that that would definitely stick. I feel like 30 years down the road, Dorota’s still wearing that outfit and still serving the macaroons.”