“Do you ever want to have kids?”

It is a common question for a young woman in her twenties. Even though, thankfully, I am rarely met with a negative reaction to my response, I still feel the urge to protect myself from judgement. If you were to ask a medical professional if I could have children, they would confirm that I was physically capable. Although I technically have the ability to conceive a child, I usually tell people that I am unable to have children in order to avoid the discussion about why I was inclined to decide not to.

When I was 16, I made the decision not to have biological children.

At that point in my life, the decision was an easy one. I was more concerned with my physical inability to pursue my dreams than my desire to procreate. Following a bad car accident, I was on bed rest for a year and I could still barely walk by year two. After being poked and prodded countless times, I found out that the reason I was plagued with incapacitating headaches, dizziness, and nausea was only partially caused by my brain injury from the accident. 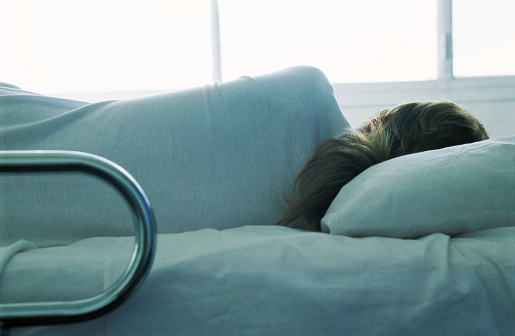 The majority of the symptoms were caused by an autonomic nervous system disorder called dysautonomia.

This condition was triggered by the trauma of the car accident, but I was most likely genetically predisposed. The first thought I had was that I would not be able to live with myself if there was a possibility that this could be passed on to my future child. Morally, I believe that any woman should be able to have children if she so desires, whether she has my condition or any other disability. In fact, it is possible that my own child could live a perfectly healthy life.

The decision to eliminate stress over the possibility of passing on certain genes was a very personal one for me.

There is also another reason for my hesitation.

I have a fear that after giving birth, I may not be able to care for my newborn child.

My symptoms can be brought on by a number of triggers. Physical stress and strain have proven to be debilitating for me, and childbirth is one of the most extreme traumas I could put my body through. There is no way to know the repercussions for certain, but I cannot bring myself to take that risk. Luckily, I have always thought that adoption would be equally gratifying for me, and I have also considered the possibility of not having children at all.

Although I would not lie about my fertility to a romantic partner, when asked in social situations I usually state simply, “I can’t have kids. 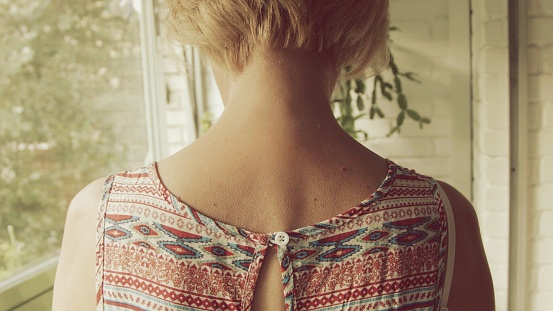 I immediately face an internal conflict when I say this, because I don’t want to seem insensitive to women who are biologically infertile.

Due to the fact that I rarely talk about my illness even with my closest friends, I avoid bringing it up in any public setting.

It is much easier to say that it is impossible for me to conceive a child, than to open the discussion about my past, and my real reasons for permanently avoiding pregnancy.

I am slowly coming to terms with talking freely about my choice, beyond giving an answer that is brief and not entirely truthful. I chose to open up about my personal feelings on motherhood because I know that the concept of maternity can be extremely complicated and emotional. No matter what my future holds, I am confident in my ability to make the right decision for me.