What happens when Donald Trump unexpectedly gets a chance to rule Game of Thrones‘ seven kingdoms? Though George R.R. Martin may not even know the answer to such a question, we’re all about to find out… 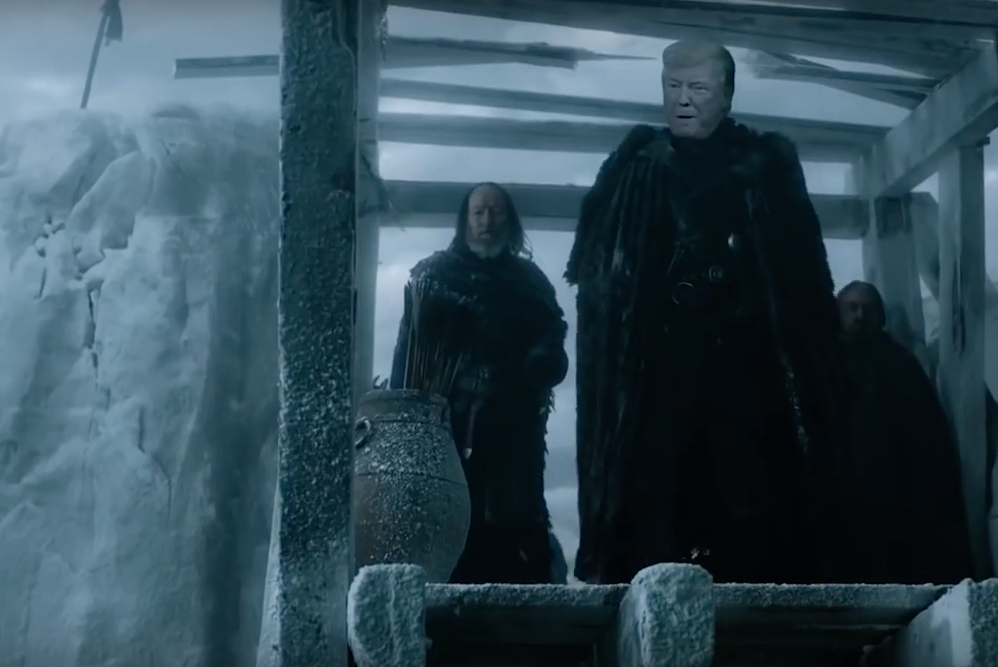 Using modern technology to the best of its abilities, Australian YouTuber Huw Parkinson copied Donald Trump’s head and successfully pasted it on the bodies of several Game of Thrones characters. What results is “Winter is Trumping,” a video that reveals what would happen if Trump and Westeros became one. 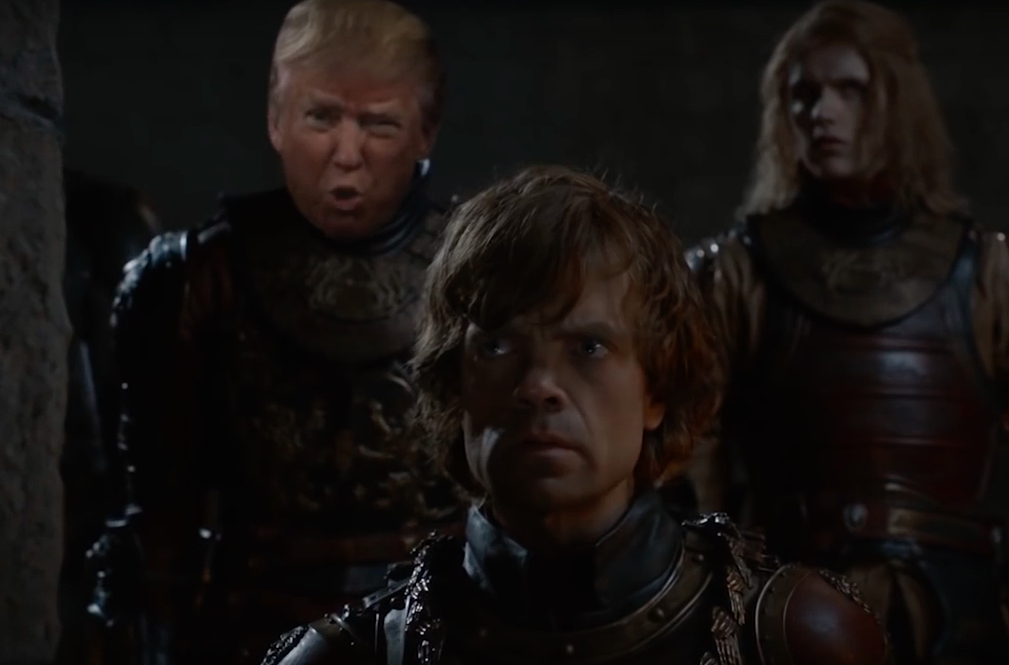 Right away, it seems as though things aren’t going… swimmingly. As Danaerys Targaryen aspires to enter Qarth, Trump quickly interrupts her plea with a succinct “No,” causing her to exclaim, “Where I come from, guests are treated with respect – not insulted at the gates.”

From there, Westeros’ new ruler aims to fortify The Wall to prevent illegal Wildling entry in the North (oh, symbolism, you are not lost on us). He also butts heads with Jon Snow and later states that he will address the armies of Stannis Baratheon with waterboarding and a “hell of a lot worse.” (We honestly don’t even want to guess at what he’s referring to.)

In an impressive 2 minutes and 40 seconds, we’re given a look at what would happen if Trump sat upon the Iron Throne. Are we a bit terrified? Yes. Do we think that this would make for a great fictional series? Also yes.

However, there is one question we don’t yet know how to answer: Will Trump continue to reign supreme in Westeros (and possibly elsewhere, in a nonfictional sense)? Only time will tell.