Domestic abuse victims might not be able to apply for asylum in the U.S. anymore

Overhauling the immigration system has long been one of the top projects on the Trump administration’s to-do list. But it’s not just about border walls or travel bans, according to a new report from Politico. It looks like the U.S. might not let domestic abuse victims apply for asylum in the country, based on some cases that Attorney Jeff Sessions has personally taken over to review in the past few months.

To apply for asylum in the U.S., an applicant has to have a “reasonable fear” of being persecuted because of their race, religious beliefs, nationality, political views, or if they belong to a “particular social group” that their home country can’t properly protect. Asylum cases are decided by the Board of Immigration Appeals, and there’s a rule in the law that the Attorney General (Sessions in this case) has the ability to overturn the decisions. That’s not good news based on the certain files he’s pulled since January.

That’s because whether or not women who were abused in their home countries count as a “particular” persecuted social group or just victims of private criminal activity has long been a topic of discussion among immigration lawyers. Under the Obama administration, a Guatemalan woman named Aminta Cifuentes won a landmark case for asylum based on domestic violence she suffered at home, and human rights advocates considered it a huge success. This meant that there was precedent for women who survived physical and emotional abuse in countries that didn’t punish domestic violence could come to the U.S. as refugees.

Karen Musalo, a professor and director of the Center for Gender and Refugee Studies at the University of California’s Hastings College of the Law, who was an adviser to Cifuentes, told the New York Times at the time:

“Women who have suffered violence in these cases can now rely on the legal principles established in this ruling. A judge can no longer say, ‘I believe these horrible things happened to you but this is just a criminal act, this is not persecution.’" 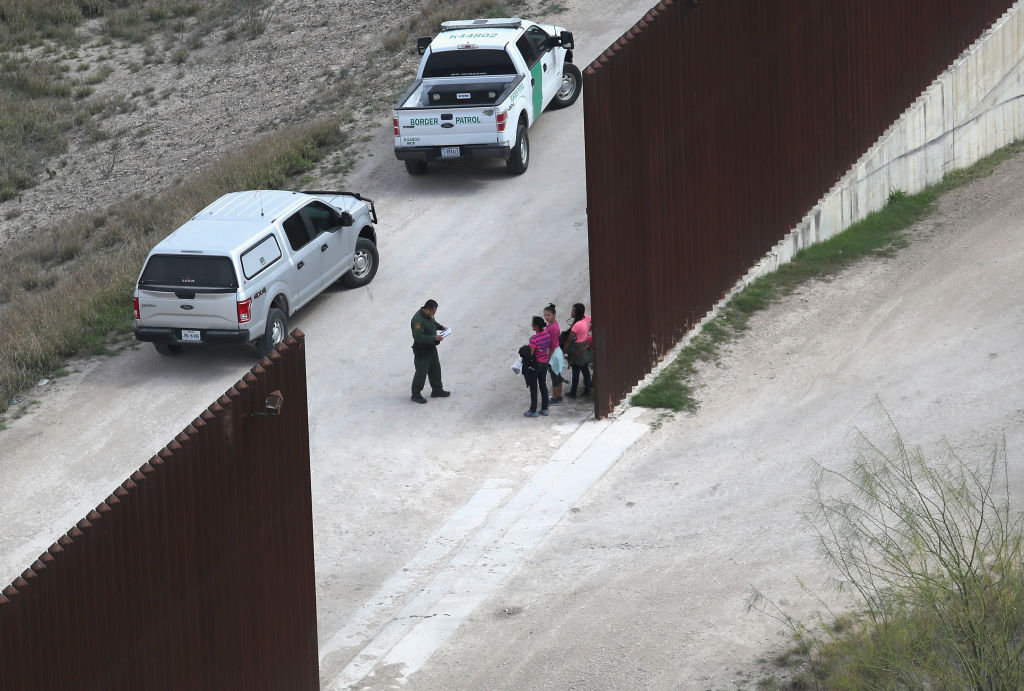 But Sessions and the Trump administration believe that the Obama administration might have been doing immigration wrong all along, simply because under the previous administration focused mainly on deporting people with criminal and violent records and allowed women and children refuge. Since January, Sessions has pulled the cases of four women who applied for asylum because of domestic violence. One case Sessions is reviewing is the “Matter of AB,” AB being a woman from El Salvador who was granted asylum not based on the gang violence that plagues her country, but because of a rape and physical and emotional abuse by her ex-husband, as reported by CNN. The Board of Immigration Appeals found that the El Salvadorian government was only “minimally able” to stop domestic violence. And so the U.S. granted her asylum here.

Sessions hasn’t ruled on the “Matter of AB” case yet, but said that he would use to come to a conclusion about whether the woman was being persecuted or was simply a “victim of private criminal activity.” While speaking to law enforcement officials in New Mexico in April, Sessions made a big point of saying that the Obama administration allowed too many immigrants to “exploit loopholes” in American immigration law.

Devin O’Malley, a Department of Justice spokesperson, told CNN that the 2014 ruling that a woman could apply for refuge because of domestic violence “added unnecessary cases to the dockets of immigration judges who are working hard to reduce an already large immigration court backlog.”

Given that attitude, and the fact that Sessions is personally reviewing asylum appeals from women seeking refuge from domestic violence, human rights advocates are rightfully worried that women fleeing domestic violence, as well as sex trafficking, might not be inclined to apply for asylum in the U.S. If he overturns the earlier cases, only the Supreme Court or other appellate courts, according to Politico, can repeal those decisions. But that’s only if the immigrant appeals Sessions’ decision.

This all plays into the Trump administration’s view that immigrants, especially those from El Salvador, Honduras, and Guatemala where gang violence has led to a flood of people requesting asylum, are somehow taking advantage of American immigration law. But they’re using women, and a very skewed attitude about the pervasiveness of domestic and sexual violence, to prove that flawed vision of why people come to the U.S.

When Trump said earlier this month that women in Central America were being “raped at levels that nobody has ever seen before,” it wasn’t because he was worried about women escaping violence. He was basically doubling down on his view that all immigrants are rapists.

In addition to Sessions reviewing four case that could ostensibly make it harder for victims of domestic violence, rape, or sex trafficking to apply for asylum, the Trump administration has also ordered border officials to detain all asylum seekers instead of their usual “catch and release” procedure, which affects women and children the most. The Department of Homeland Security released a report in early April, according to The Marshall Project, that before 2011, 90 percent of migrants looking for asylum were single men. Now, 40 percent are “families and children,” and most of the family units are single women with their kids.

There’s no harm in reviewing American immigration policy — there are definitely things the government could be doing to make it more efficient. But doing so on the backs of some of the most vulnerable people looking for refuge from violence is definitely not the way to do it.