If there’s one thing at the center of Westworld it’s mystery – and tying all that together is our favorite Host, Dolores. What we know about Dolores so far is that she’s Westworld’s oldest Host (“The Original”), Bernard has a fixation with talking to her (and having her read passages from Alice in Wonderland), and she seems to be the first host in Westworld to become self-aware (we think, anyway). But for the most part, Dolores’ interactions on Westworld have been limited to a series of a few events, like dropping that friggin’ can of milk.

And now we know what ALL her possible “storylines” are. 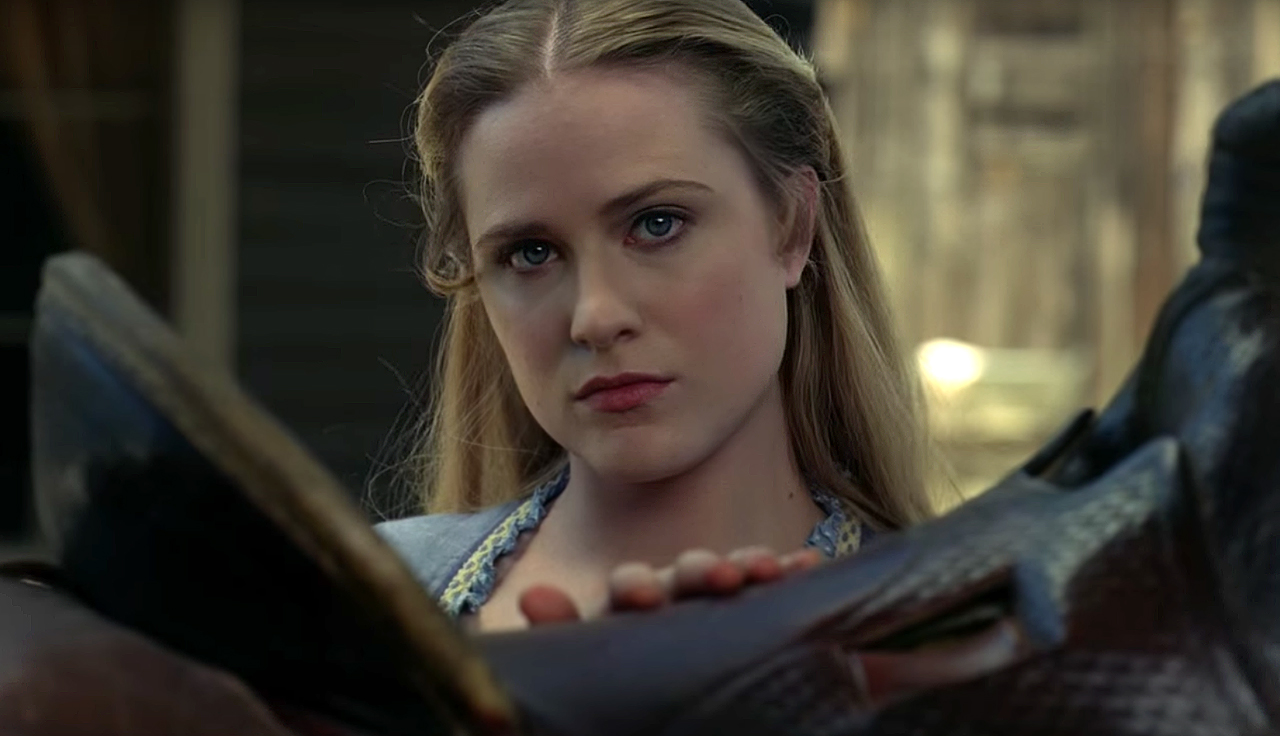 We’ve talked about the official Westworld site a few times before – because it’s honestly a wealth of information you won’t get on the show – and now, thanks to Redditor mean_streets, who first picked up on this hidden GIF, we can see the ENTIRE storyline structure for Dolores.

And there is A LOT of very impressive detail…

The tiny text is probably too hard to read on your screen, so we’ll break down some of the events for you.

Dolores starts every day waking up at the Abernathy Ranch, this we know…

…and then she follows these same steps everyday: Porch conversation with Daddy. Visit the Sweetwater General Store. DROP CAN OF MILK.

And, so far, we’ve seen AT LEAST two of these outcomes happen.

(It’s kind of unclear whether anyone helped her with the can in Episode 2 or if she just picked it up herself.)

Anyway, from this point in the storyline, things get more complicated, but it basically either leads to Dolores and her family being attacked at the ranch, having a peaceful night and going to bed, or ending up with the guest to do “their choice.”

Although, now that Dolores has “woken up” from her programmed state, all of this has PROBABLY been thrown out the window. Or has it? She still ended up with the “guest” who helped her pick up that milk (aka William), in Episode 3, so is this all part of Ford’s new narrative? Or is Dolores really thinking freely now?

She did very literally end up in William’s arms.

We’d like to see Dolores end up happy on Westworld, but we’re just going to have to wait until Sunday to find out. SIGH.