A doctor says this popular alternative to tampons is really, really dangerous

Tampons are no longer the star in the menstrual hygiene show. We’ve got options now to look after our periods. There are menstrual cups, period underwear, reusable pads, and even freebleeding. Glamour recently posted an article about “genius alternatives” to tampons and pads, but there is one doctor who isn’t pleased at all with one of the items on the list.

Dr. Jen Gunter, OBGYN and pain medicine physician, wrote a response to Glamour yesterday on her website, stating her approval for three out of the four suggestions — washable period underwear, washable pads, and menstrual cups — but adamantly opposing the use of sea sponges.

She isn’t cool with sea sponges being advertised as a healthy, natural alternative, and it seems that she’s got plenty of information to back herself up. She wrote, “They are untested and potentially very unsafe. Oh yeah, they are also filled with dirt.”

In the 1980s at the University of Iowa, the Food and Drug Administration (FDA) tested 12 menstrual sponges, only to find they contained bacteria, dirt, and “various other materials.” That’s never something you want in your vag. Dr. Gunter says you could be taking some serious risks by willingly using sea sponges.

“Bits could break off and become a nidus for bacteria, the sponge itself could have harmful bacteria, sponges may change the vaginal ecosystem.”

She’s also concerned about the risk of Toxic Shock Syndrome (TSS), because the bacteria that causes it, Staphylococcus aureus, was found in a sea sponge at a Baltimore lab. She says there has been one definite case of TSS with sea sponges, and maybe more. 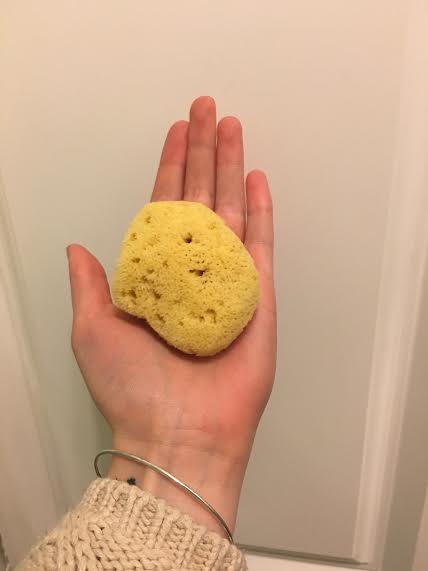 Perhaps even more disturbing is that, after the research was conducted, the FDA contacted 41 different businesses and 500 retail stores that sell sea sponges in an attempt “to warn them of the risks and to require they stop marketing and selling the products.” Some of them responded by shutting down and others relabeled their products for “cosmetic” use.

Sammy Nickalls tested out a sea sponge for herself and wrote about the experience for HelloGiggles. She mused over why the product wasn’t directly connected to menstrual hygiene. She wrote, “Interestingly enough, I couldn’t find any actual mention of what the sponges are actually used for. The words ‘period,’ ‘blood,’ ‘flow,’ and ‘menstruation’ were nowhere to be found on the site or on the pamphlet that came with the sample.”

Well, that was because the brand she purchased from, Jade & Pearl, was under fire from the FDA to stop selling sea sponges as menstrual hygiene products. A fact none of us could have known. Eek!

In her blog post, Dr. Gunter actually shared a copy of the letter the FDA sent to Jade & Pearl, warning them to take sea sponges off the shelves. Instead of listening, they did a little bait and switch, removed any talk of menstruation from their marketing campaign, and still had publications like Glamour write about their sea sponges as menstrual health products. On Jade & Pearl’s ad for sea sponges, the slogan is “It’s just a sponge!”

Dr. Gunter is frustrated with this deceit, particularly because of the health risks she believes many women are putting themselves in by using them. She says, “The inability to clean them adequately between uses may reintroduce potentially harmful bacteria that was breeding in the wet sponge sat drying beside the sink, and the sponge may cause abrasions during insertion and/or removal.”

However, there have been other expert OBGYNs out there who say sea sponges are perfectly safe for women to use. I guess it depends on who you talk to, and what you decide for yourself.