These amazing, diverse models will be in the Sports Illustrated Swimsuit Issue

This time last year, we were thrilled about the #CurvesInBikinis movement, which led to the very first plus-sized model — Ashley Graham — to be featured in a Sports Illustrated Swimsuit Issue. Started by swimsuitsforall, #CurvesInBikinis encouraged women of all body types to feel beautiful just the way they are in any swimsuit.

Now, SwimsuitsForAll is at it again with their new groundbreaking campaign, #SwimSexy. The campaign, which features three “curvilicious women,” will again appear in the SI Swimsuit Issue, but this time, the campaign is taking it a step further. Featuring Graham, British Ghanaian model Philomena Kwao, and 56-year-old model Nicola Griffin (the oldest woman to appear on the pages of the Swimsuit Issue), #SwimSexy embraces body diversity for women of any shape, size, age, or ethnicity. HelloGiggles had the chance to chat with Graham, Kwao, and Griffin about their participation in the campaign and what body positivity means to them.

Graham, who was discovered as a model at age 12, is no stranger to trailblazing in the modeling industry. She did, after all, coin the term “body activist.” “Last year’s campaign broke barriers within the fashion industry and successfully empowered women to feel sexy at any size,” Graham, pictured below, told us. “I was thrilled to be asked to be in the #SwimSexy campaign this year to keep the momentum going. It is my personal mission to help women embrace their curves and boost confidence, and SwimsuitsForAll does this with elegance.” 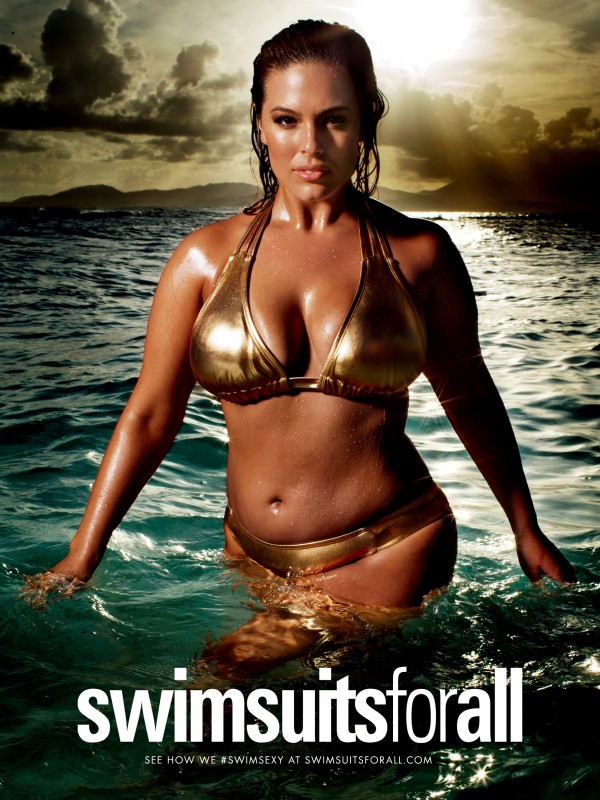 The shoot itself was an “incredible experience,” Kwao, pictured below, explained. “We shot on an island in Puerto Rico, with beautiful white sands and turquoise blue waters surrounding us,” she said. “Being in such a stunning environment calmed any nerves I had during the shoot. The team was also incredible. Everyone on set was so friendly and relaxed that it made the entire shoot feel like a holiday.” 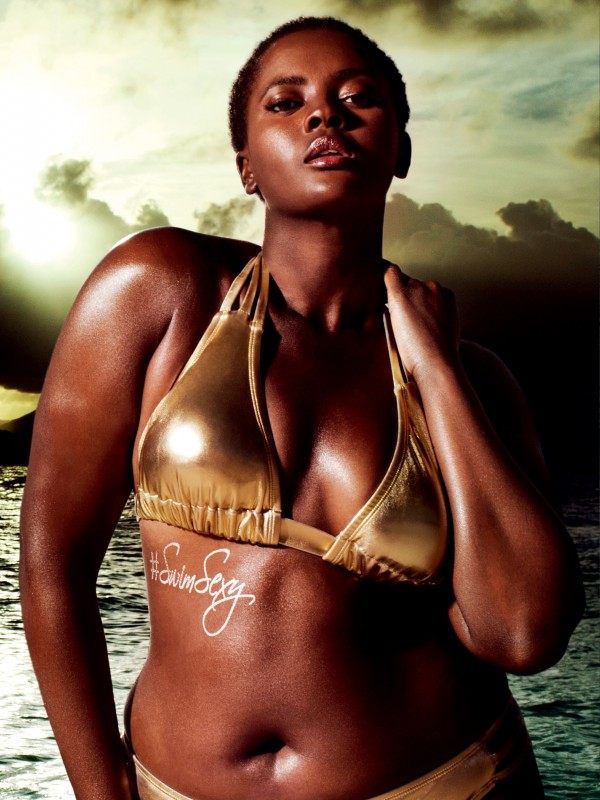 Kwao, whose family is from Ghana though she was born and raised in London, described the campaign as “revolutionary”:

Griffin, who just started modeling three years ago when she was 53, is also “thrilled” to be featured in the campaign. “Wearing a bikini, too!” Griffin, pictured below, told HG. “And why ever not — I’m sexy, I’m healthy, and I feel it’s about time we celebrated women all sizes and shapes and ages. . . I want to help motivate women to have the confidence to wear a bikini if they wish, and to show off their bodies and be accepted in our society.” 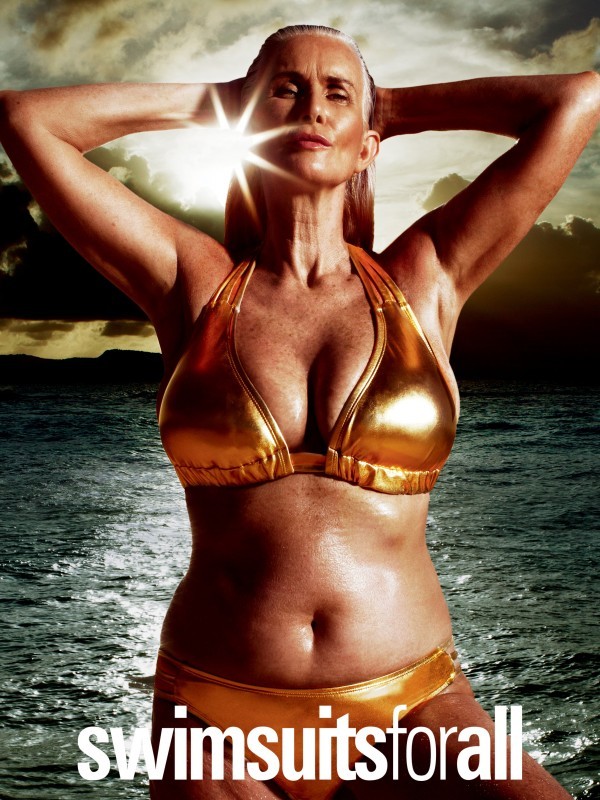 “We are beautiful, no matter what size and whatever age we are,” Griffin, a mother of twin daughters, told HG. “. . . It’s been the most exciting thing to happen to me and I’m honored to be part of it. It was great fun to go on the shoot in a beautiful part of the world with some amazing people. I made some lovely friends.”

But even though they were busy having fun, the models knew that what they were doing was groundbreaking. “The whole time we knew we were on the cusp of something big,” Graham said.

Plus-size has come to the forefront of the fashion conversation as of late, and major retailers have been stepping up. Take Forever21, for example, which recently came out with their new plus-size fashion line (starring Graham!). “I think that 2015 was a pivotal year for fashion brands and retailers accepting that women come in different shapes and sizes,” Graham explained. “There have been many retailers who have transformed their ‘plus size’ offerings into trendy, fashion forward collections. We always encourage flaunting our curves, not hiding them.”

However, there’s still a long way to go. “I would say great breakthroughs are happening, but slowly,” Griffin told us. “. . . I want to see advertisements with all size women, all ages, so we can all have someone we can relate to.”

With campaigns like #SwimSexy, we’re breaking down these unhealthy ideals in fashion and media, one at a time — and helping girls to love the skin they’re in. “Whenever anyone says they’re feeling down about their looks, I remind them of the beauty in individuality,” Kwao said. “Our differences make each of us beautiful in a unique way, and I find that inspiring. It’s important to celebrate your body and embrace and what makes you unique.”