Is there such a thing as getting ready for a holiday too early? Maybe! The other week I spotted some red fleece with snowflakes in Target, and I was like, “Oh god, it has begun.” However, thankfully that has been the only indication that Christmas is 70 days away — and, come on, we haven’t even made it through Halloween and Thanksgiving yet.

However, it appears that is not stopping Walt Disney World from putting up Christmas decorations. On October 16th.

There will be a brand new holiday show at Disney’s Hollywood Studios this year called Sunset Seasons Greetings (RIP, Osborne Spectacle of Dancing Lights and also the Streets of America on the Backlot). The new show will take over parts of Sunset Blvd., and Disney is getting ready. And by getting ready, I mean they have started putting up Christmas decorations and have I mentioned that it is October 16th?

Look at this, friends. Here is the concept art for Sunset Seasons Greetings: 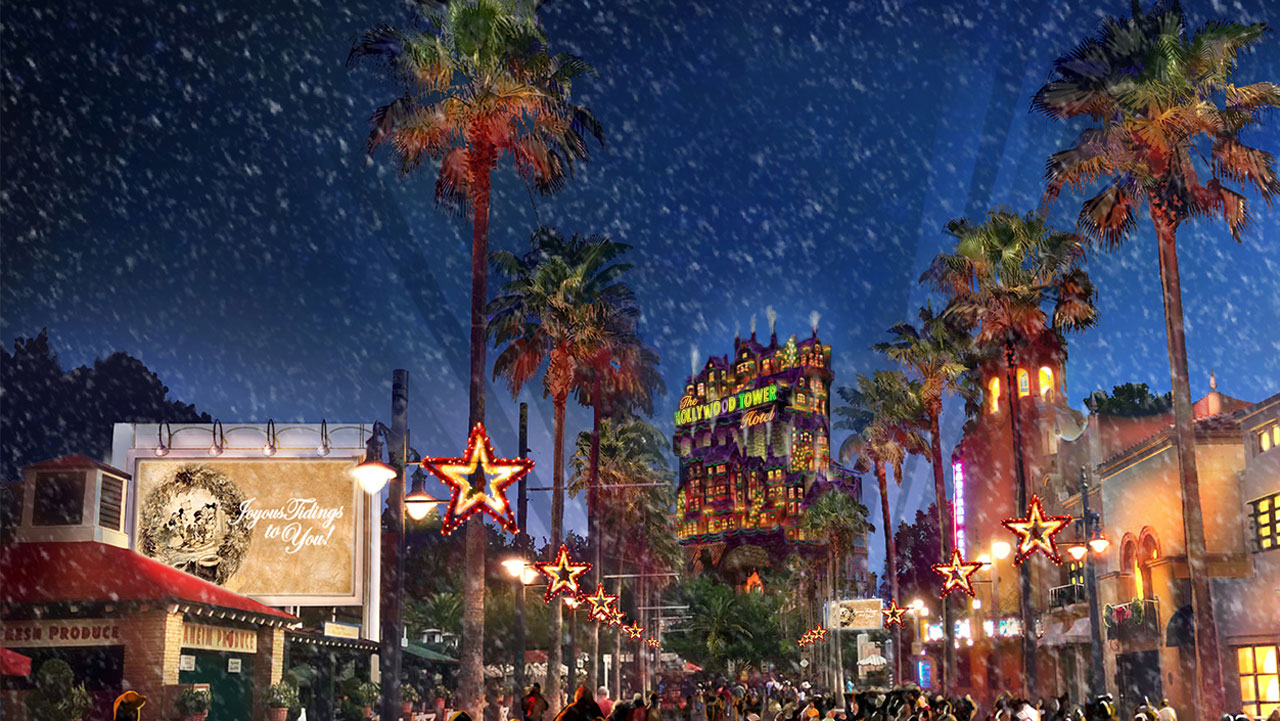 Images of the Christmas decorations started popping up on social media Monday, meaning that they went up sometime over the weekend, and probably late Sunday night. While, no, it’s not like there’s a Christmas tree up (YET), the festive red and white tinsel stars that have lined Sunset Blvd. for as long as I can remember are in place. Also, there’s some signage for CHRISTMAS.

Usually, Disney World keeps Halloween decorations up until October 31st (sometimes November 1-2nd-ish, depending on what day of the week Halloween falls on) and then, overnight, they all come down. And then, like two days later, around November 5th-ish, the Christmas decorations go up. Trust me, this is how it happens.

But not this year. This year Disney is jumping the gun by like, 20 days, and this is just not something I can support. I can’t deal with seeing Minnie dressed up as a witch at the Candy Cauldron at the end of Sunset Blvd, and then 20 feet later Christmas lights. This is not how holidays work, Disney.

That slush drink looks really good, but I can’t support the Christmas shenanigans going on in the background. Thankfully, Hollywood Studios is the only park with decorations up right now, so everyone rest easy. But who knows, maybe Disney will have decked the Pandora halls by tomorrow afternoon.