Why you may want to consider deleting your social media accounts, according to experts

When my good friend Brandon decided to leave social media over a decade ago, I basically chalked him up as a Luddite. At the time, I couldn’t get enough of social media. I had attended NYU back when Facebook was “The Facebook,” and only a handful of schools, including NYU, were a part of the social network, where it became a major lifeline in an array of social media that included a burgeoning Twitter and a brand new visual medium called Instagram. The world was now more connected than ever in realtime with fast takes and instant photos—what a time to be alive.

But Brandon felt differently. “I left social media because I wanted to focus on the immediate people in my life and build on those relationships around me,” he tells me via email. “Prior to leaving social media, I’d find myself losing a lot of time exploring the lives and thoughts of people who I wasn’t really connected to so it all seemed fruitless.” Fast forward ten years later, and now I realize my friend was onto something.

In fact, more and more people are questioning the value that social media brings into their lives, with many users choosing to disconnect and trading in blue screens for blue skies, or at least, a life less dependent on checking notifications every three seconds.

According to Strohman, social media companies are spending millions to hire programmers “to ensure users are endlessly looped in [to] make it difficult [for them] to quit when there has been such a mass adoption. [It’s important for user’s to have the] ability to have perspective and realize that the usage may not be helpful but more hurtful [in the long run.]”

Digital addiction is real, and it’s one of the reasons why my friend, Lauren Childs, a Portland, Oregon-based model and writer, decided to unplug from her social media accounts earlier this year.

“I wanted to free myself from the mental, emotional, and psychic chains of digital addictions,” she tells me via email. “More than that, when I did some research and learned about third parties using information in countless hidden and malicious ways to manipulate people’s lives and train their brains to be vulnerable to absorbing information in a desired way, I knew I needed to let social media go. If anyone using social media were to do a deep dive through the actual books published about social media in the past decade, I think most people would opt to live without [it].” 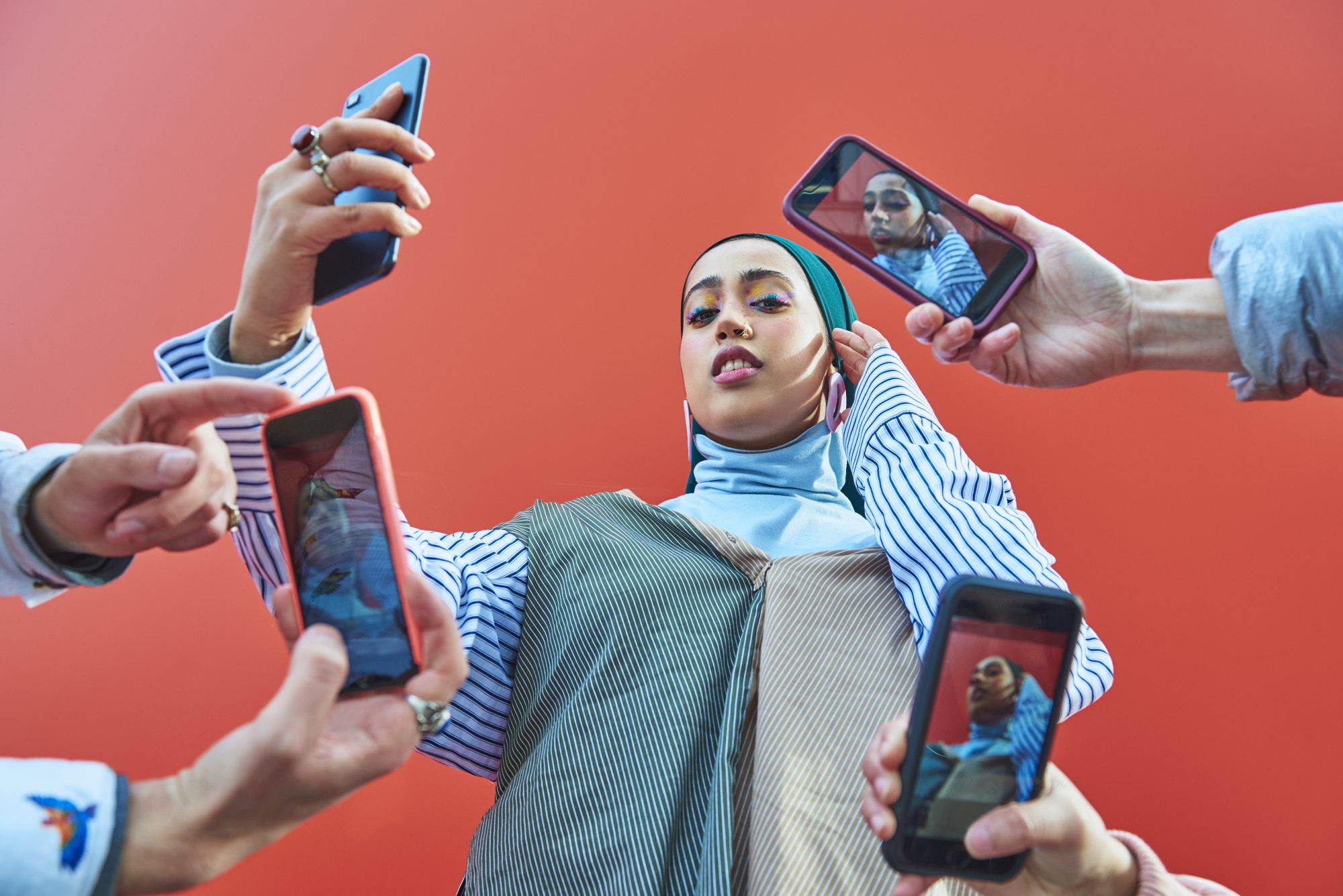 The tipping point for Childs to completely disconnect came after she read Ten Arguments For Deleting Your Social Media Accounts Right Now by Jaron Lanier. Prior to that, Childs sat on her decision to delete her social media for close to three years.

However, before Childs had any social media accounts to her name, she says, “I was much more successful in many aspects of my life. I was more present in my career, deeply engaged, and tuned in to other people. I even booked bigger jobs in the modeling industry.”

The pressure to carry on a glossy social media presence is why travel writer Kashlee Kucheran decided to log off.

“In the interviews I’ve done, a lot of participants cited stress in their life for instigating their social media break,” she says. “Sometimes it was stress of trying to keep up with other people on Instagram, or stress [from] spending too much time online, and it was preventing them from focusing on other parts of their lives.”

Unlike my friends Brandon and Childs who completely disengaged from social media, Kucheran took a 45-day hiatus from Instagram, which Pennington says is what typically happens. “Very few people I’ve talked to totally deleted their accounts, but those that did said they wanted to have a clean slate,” she says. “They wanted to focus their time on fewer relationships, and were worried if they didn’t delete it, they might get re-addicted.”

For her part, Kucheran went from spending five-plus hours a day on Instagram to now 20 minutes.

As for why most people don’t completely go offline, Pennington says one popular reason is employability. “One big push-back that came up for participants was a concern that as they entered the job market, they would need to have accounts to be able to use that to connect with potential employers,” she says. “They talked about being at events for their field of study and being asked for their Twitter or Instagram handle, and hating having to say, ‘Sorry, I don’t have one.’ There’s also a general fear of missing out; a lot of young people today get their news from sites like Twitter, be it local or otherwise. Quitting requires them to then supplement with a different site to get that information, and that was hard for a lot of people.”

When I asked Brandon and Childs if they found it difficult to be offline, or experienced any type of FOMO, they were both at peace with their decision to disconnect.

“I don’t regret deleting my social media accounts, even though I had them for many years. I really thought I would, but I mentally prepared giving up my digital social life,” says Childs, who was initially concerned about where she’d store and see her pictures but ended up finding a solution by using a photo-saving website. “I took my social media pictures and other stored images and ordered hard copies of these albums to keep on my shelves and coffee table.”

While Brandon’s work does require him to use his company’s social media accounts at times, he says his personal decision to unplug has been easy to stick to.

Fully deleting social media is, of course, dependent on the individual and the reasons why they connect and how it makes them feel.

“I think everyone could benefit from thinking about why they have an account, and what they want from it,” says Pennington. “If you find that you just log in out of habit and aren’t really connecting with anyone, it might be worth it to take a break, and see how you make use of that time otherwise. That way if you decide to return, you [can] go back and have a better appreciation for what you get from the site and time management.”

And while we certainly feel engaged and connected at times while we’re scrolling through our apps, according to Strohman, “There is no long-term social benefit for most people for social media. [And even though it’s] convenient and helpful for people that may be isolated due to location, disability, or other reasons, these [reasons] are few and far between and typically will cause more damage than good.” 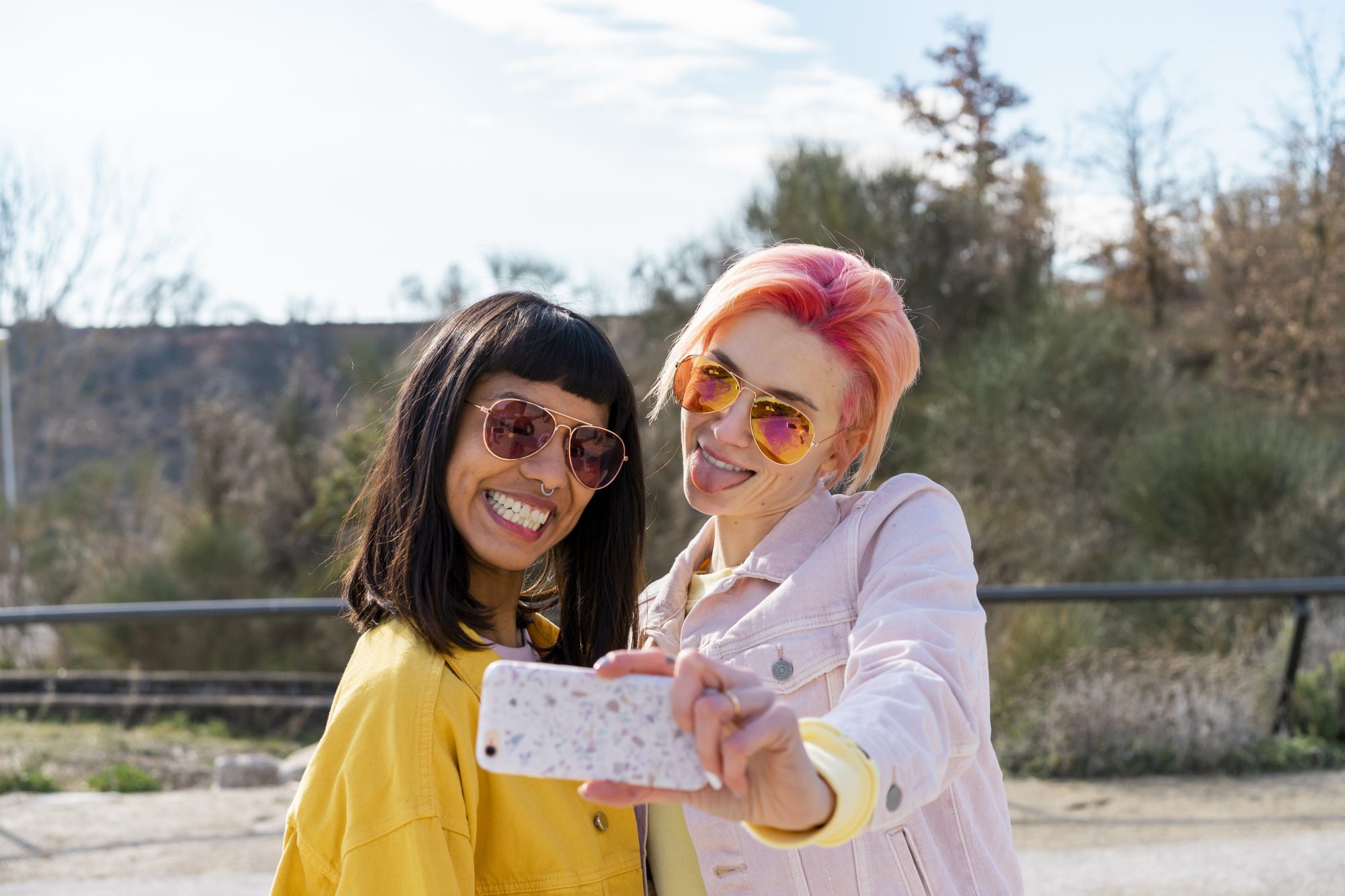 Strohman says she personally finds social media extremely demanding on the user and lacking the emotional intimacy that is most beneficial in the relationships she enjoys in life, which is something that my friend Childs also agrees with. While she says she’s “bummed to be missing out on seeing my family and friends’ adventures,” she’s fortunate to connect with those closest to her via text and—gasp!—phone calls.

However, completely deleting your social media account is no easy feat for many.

Pennington says, “I would be surprised if social media ever just entirely went away in my lifetime. It is fairly ingrained in our culture. It would not surprise me if it continued to evolve. If you think back to the origin days of social media, sites like Friendster and MySpace that aren’t around anymore, or even the earliest version of Facebook, there have been some dramatic shifts in how these sites function and what is available.”

If you don’t want to completely disengage yet, but find yourself struggling to keep up with your real life, when the pull of liking and scrolling is all but consuming you, Strohman says, “Finding balance is as simple as stopping the madness of obligatory posting and connecting with those in your inner circle in real time through face-to-face [connection] or voice calls, [which] gives them the time and attention they (and you) deserve.”

Or as Kucheran puts it: “I use social media. It doesn’t use me anymore.”

But if you do disconnect entirely from social media, Brandon’s advice for unplugging is pretty sound for life in general: “Let go of the need to know everything. Information that is relevant in your life will come to you in its own time.”