“The Nightmare Before Christmas” composer turned the last debate into a horror film, and it’s chilling

Do you like scary movies? Even if the answer is “No,” you still might have watched one last Sunday. It was called, “The Second Presidential Debate.”

In the days since the debate took place, one thing is certain: Donald Trump wandering around the stage, seemingly stalking Hillary Clinton as she addressed the nation, was HELLA WEIRD. At times, it was downright scary in a “HILLARY, LOOK BEHIND YOU!!” type way. We’re not the only ones who think that, as the internet has taken note and spent the rest of the week questioning Trump’s motives for his strange pacing back and forth. Because, like, WHY? 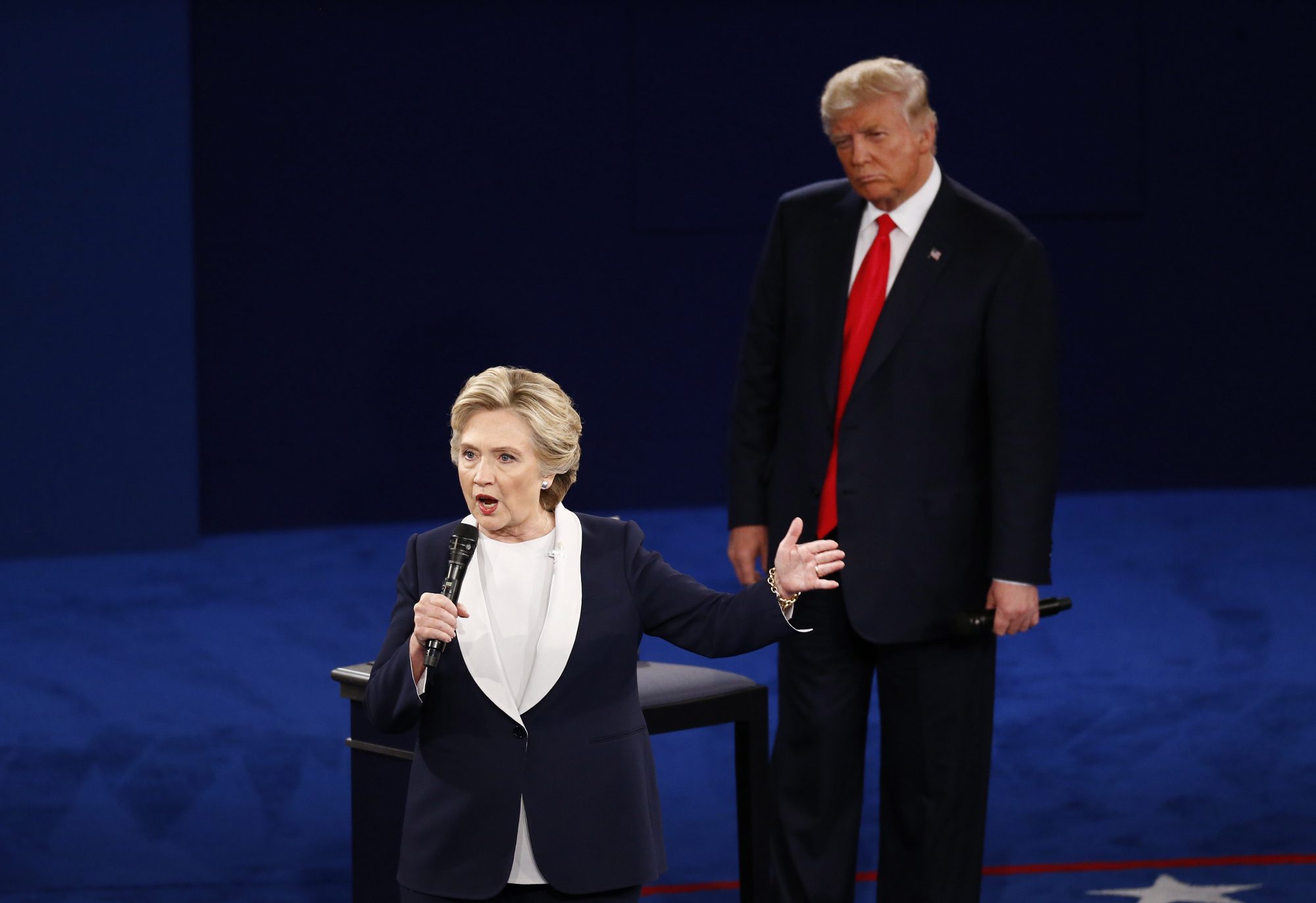 The only thing truly missing from this horror movie was a bone-chilling soundtrack. Thankfully, composer Danny Elfman — who has scored SO MANY THINGS, like The Nightmare Before Christmas, the OG Spider-Man movies, Beetlejuice…and Good Will Hunting — stepped up to the plate to add in some much-needed mood music.

In a brand new Funny or Die video, you find yourself not just watching the Presidential Debate, but instead the scariest movie you’re going to see this year.

"Watching Trump lurching behind Hillary during the debate felt a bit like a zombie movie, he explained to Funny or Die. “Like at any moment he was going to attack her, rip off her head, and eat her brains.

With the added effect of Elfman’s new song, the tension is heightened like whoa. Watch this video with the lights on, friends.