Daenerys’ outfits on Game of Thrones are on a whole other level within the realm of the Seven Kingdoms. Not only are they iconic, but they also help weave the ever-evolving story behind our favorite Khaleesi.

And while we’ve closely monitored the evolution of her ~look~ through all six seasons of Thrones, there was one small, symbolic, and frankly very clever detail we all missed – specifically, with Dany’s necklace.

Let’s take a look back at Season 5, Episode 9, “The Dance of Dragons.” 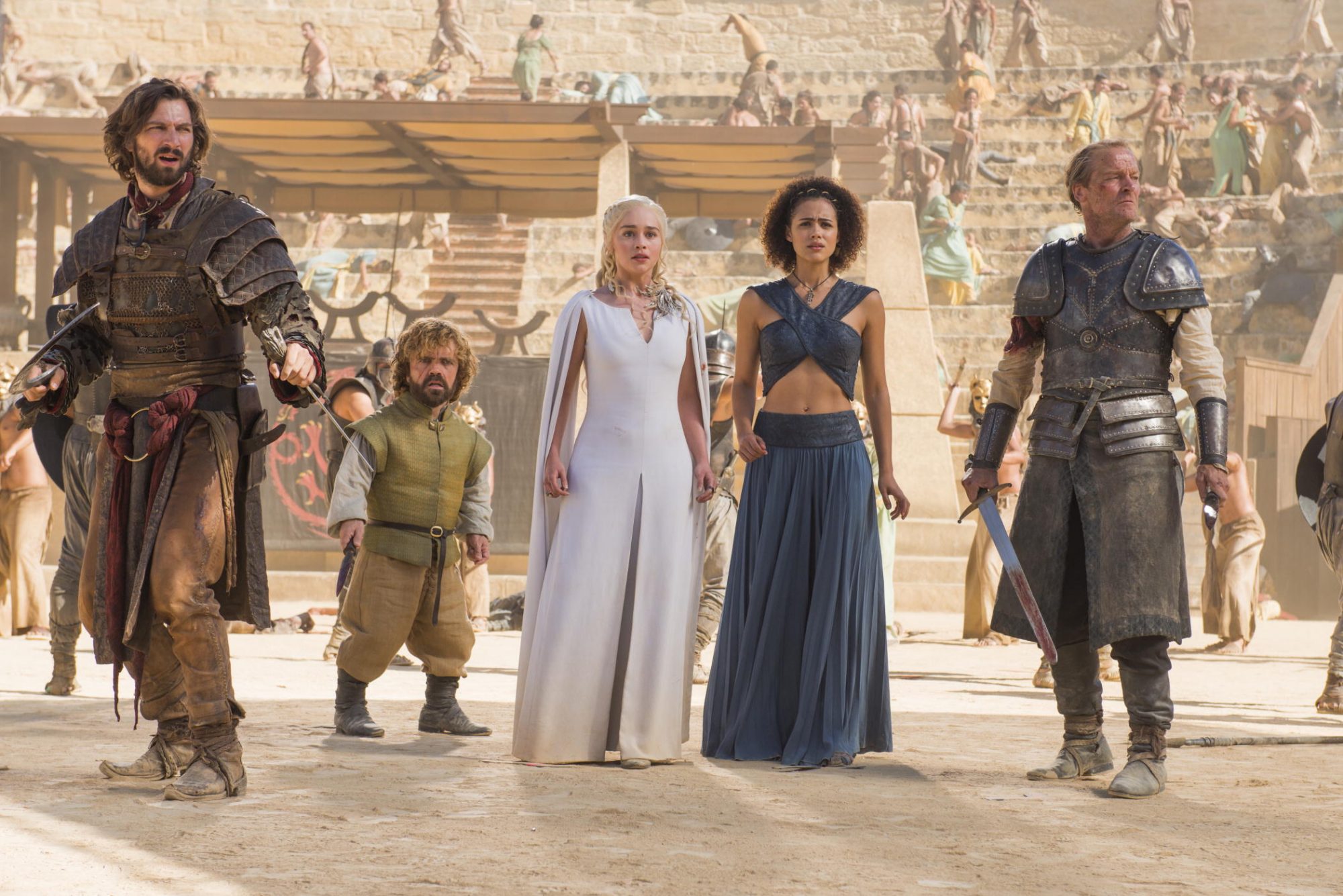 If you recall, in this penultimate Season 5 episode, Daenerys and co are unexpectedly trapped in the center of a fighting ring by the Sons of the Harpy.

Luckily, Drogon swoops in to save the day. Hooray! Fire! 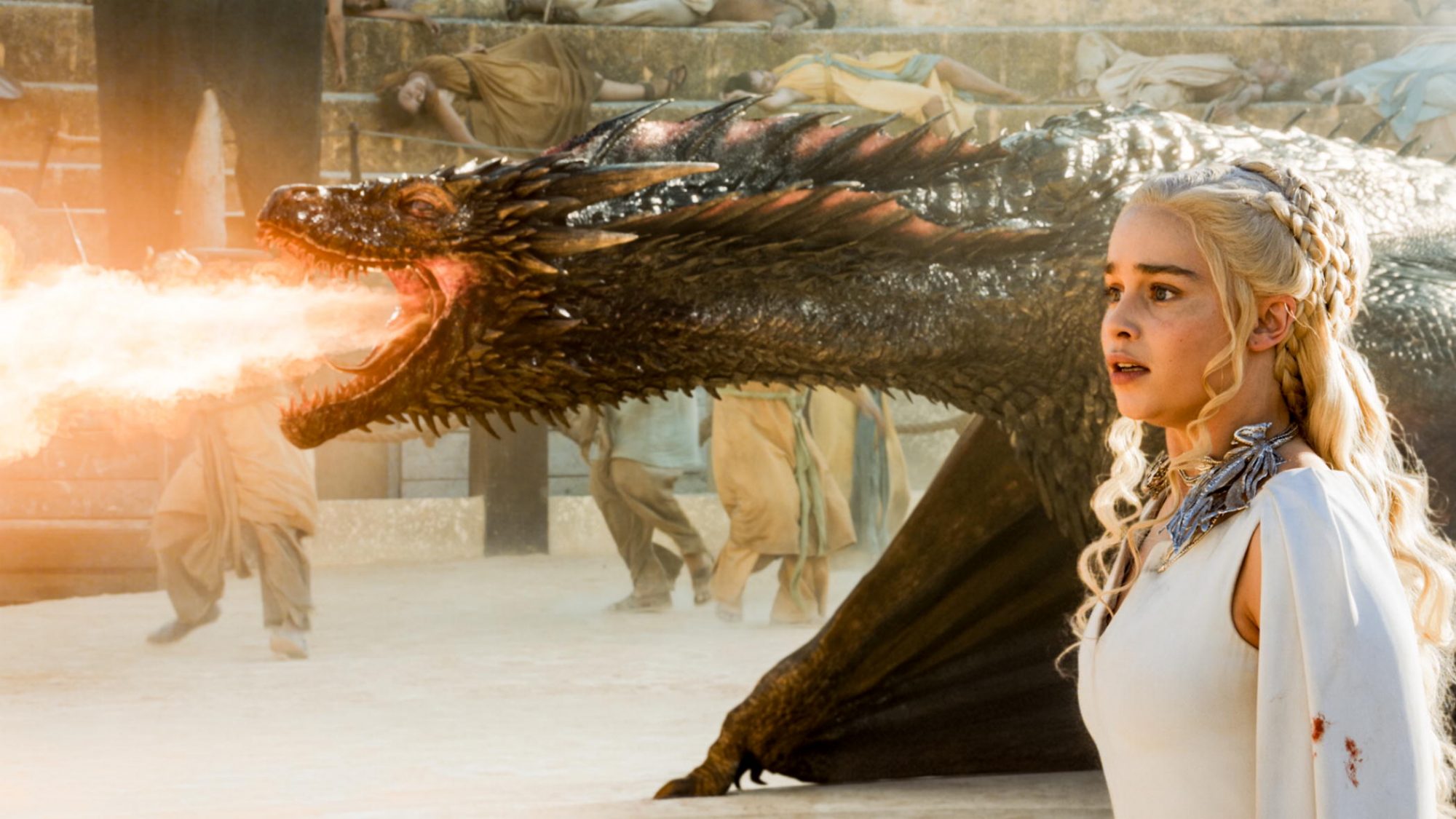 But let’s take a look at Daenerys’ GORGEOUS dragon necklace in this episode – because you’ll be pretty surprised you never noticed this before.

Here’s a better look. Check out how big and ornate those dragon wings are. 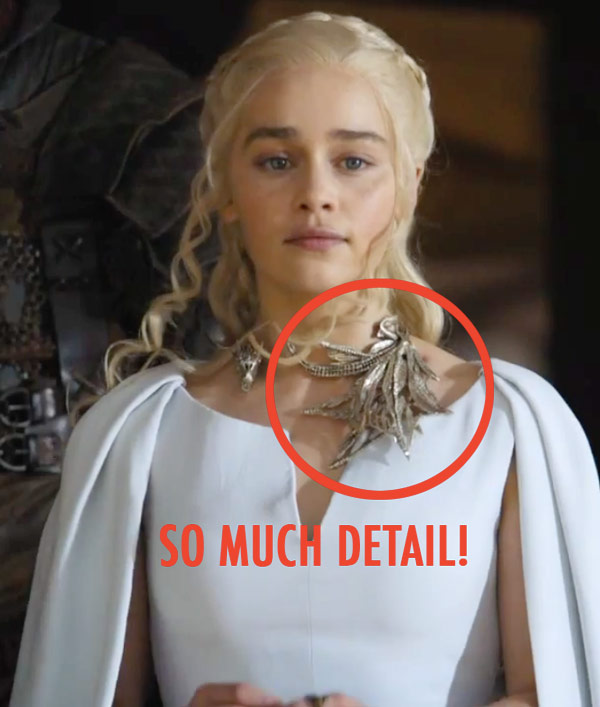 And we’re SURE you remember Dany’s bad-ass exit from the ring, riding Drogon like the Khaleesi that she is.

But do you remember the Season 5 finale, “Mother’s Mercy?” Yeah, Dany looked a little worse for wear – a long journey on a dragon’s back will do that – but check out that fancy dragon necklace in this episode.

The wings have been shed!

And here’s an EVEN CLEARER view of her paired-down dragon necklace from the beginning of Season 6. 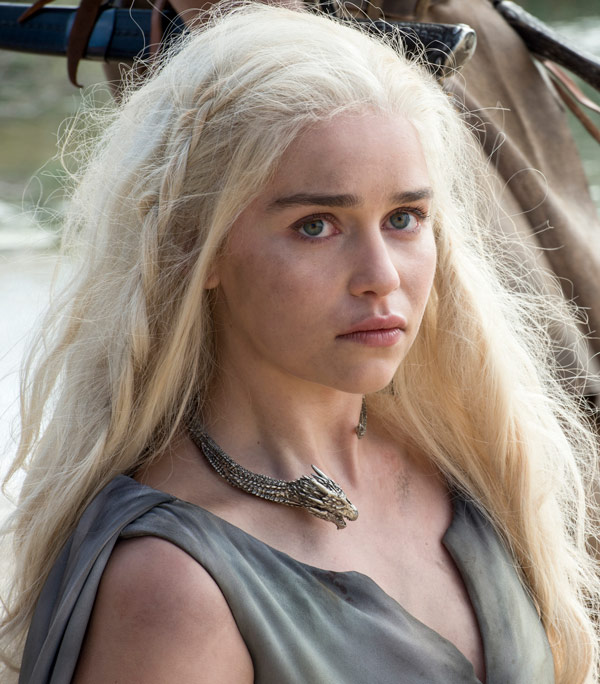 We understand that Dany’s ride on Drogon wasn’t exactly a first-class flight, but it seems kinda WEIRD that her necklace would change that dramatically, right? She’s likely not ripping apart her jewelry while flying over Meereen!

“Dany was in the fight pits — where she didn’t want to be — so I put her in this like column dress of almost white with a silver necklace, which visually removed her from the dirt and the fighting. And then she has to flee and I wanted the wings (on the necklace) to come off so she’d be left with less of a dragon.”

Could we even go so far as to say it was like Dany was shedding her regal/formal life as the soon-to-be-wife of Hizdahr zo Loraq (and his barbaric love of the fighting pits)?

But whatever, because Khaleesi’s got WAY more important things to worry about these days, like you know. TAKING THE SEVEN KINGDOMS! 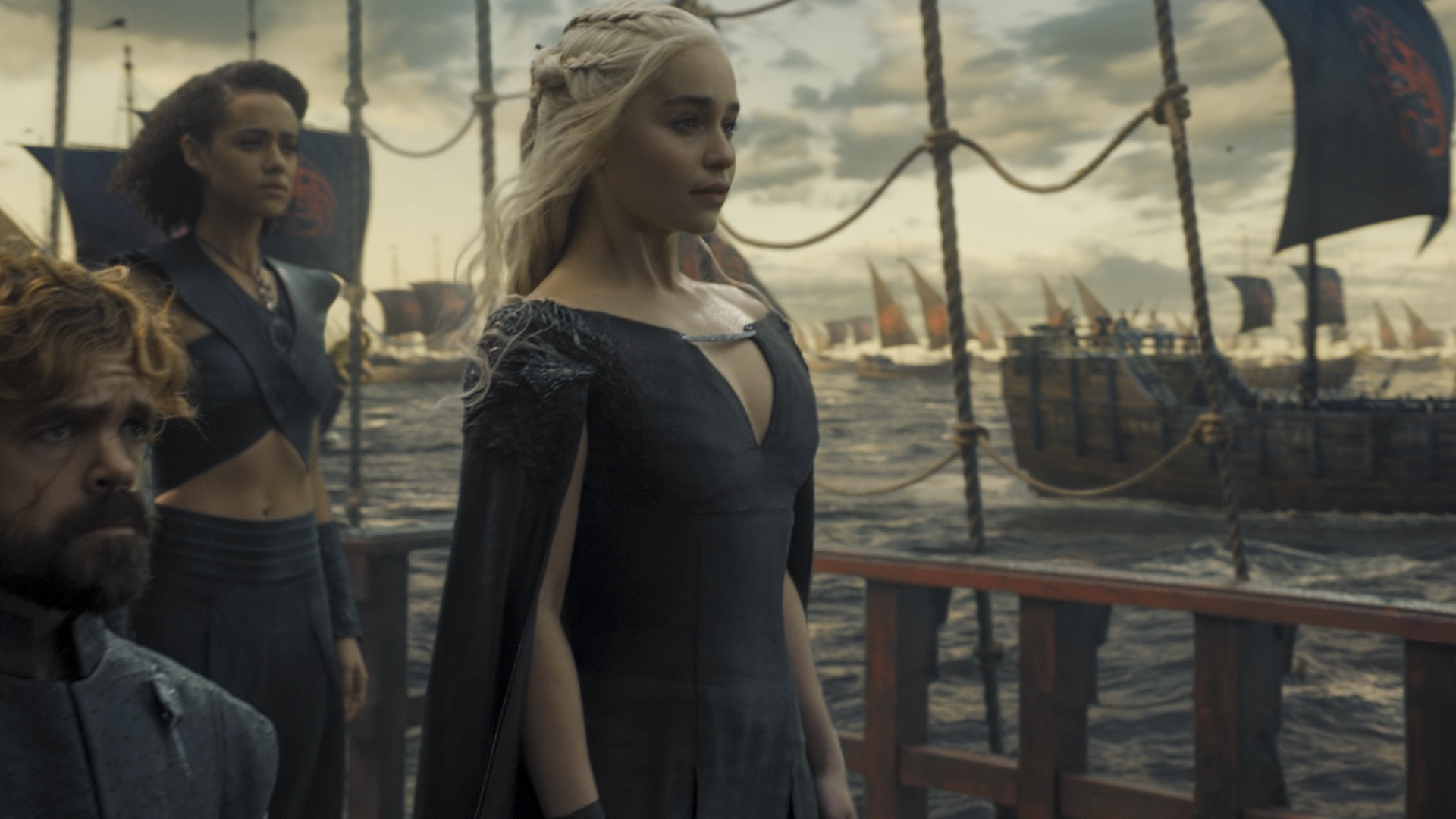 And we’re sure Clapton and the rest of her team will present us with some more amazing designs!