Jimmy Fallon is now the biggest name in late night television. He’s set to host the 2017 Golden Globe Awards. His comedy skits from The Tonight Show go viral instantly. Even our dads, who are all comedy history buffs say that he’s the most talented sketch writer/performer to come along since Jack Parr. No, since Johnny Carson! DADS! Stop fighting!

Anyway, he’s become a mega household name and everybody loves him, including us. Like, thumpa thumpa thump, all caps LOVE. But we remember when he was just a little adorable totally crushable kid on SNL. He was cast in 1998 at the fresh young age of 24. And we recently started looking up images of him from those days, and now we CANNOT STOP. 2. This must be an outtake of the SNL opening. Or Jimmy’s attempt at breaking into modeling. 3. With Wynona Ryder at the 2000 MTV Movie Awards at Sony Studios. 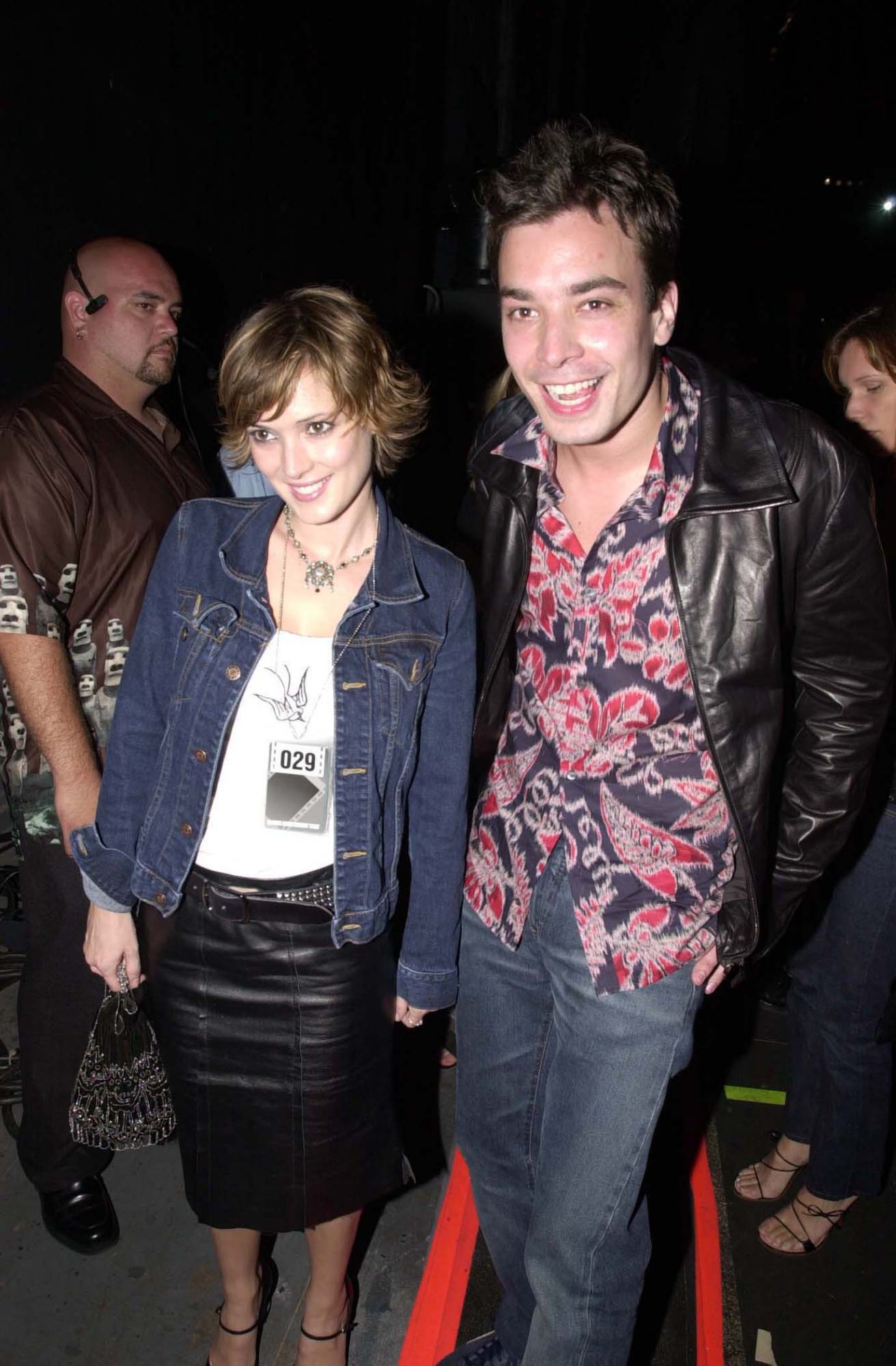 4. Cracking up at Tina Fey during Weekend Update. 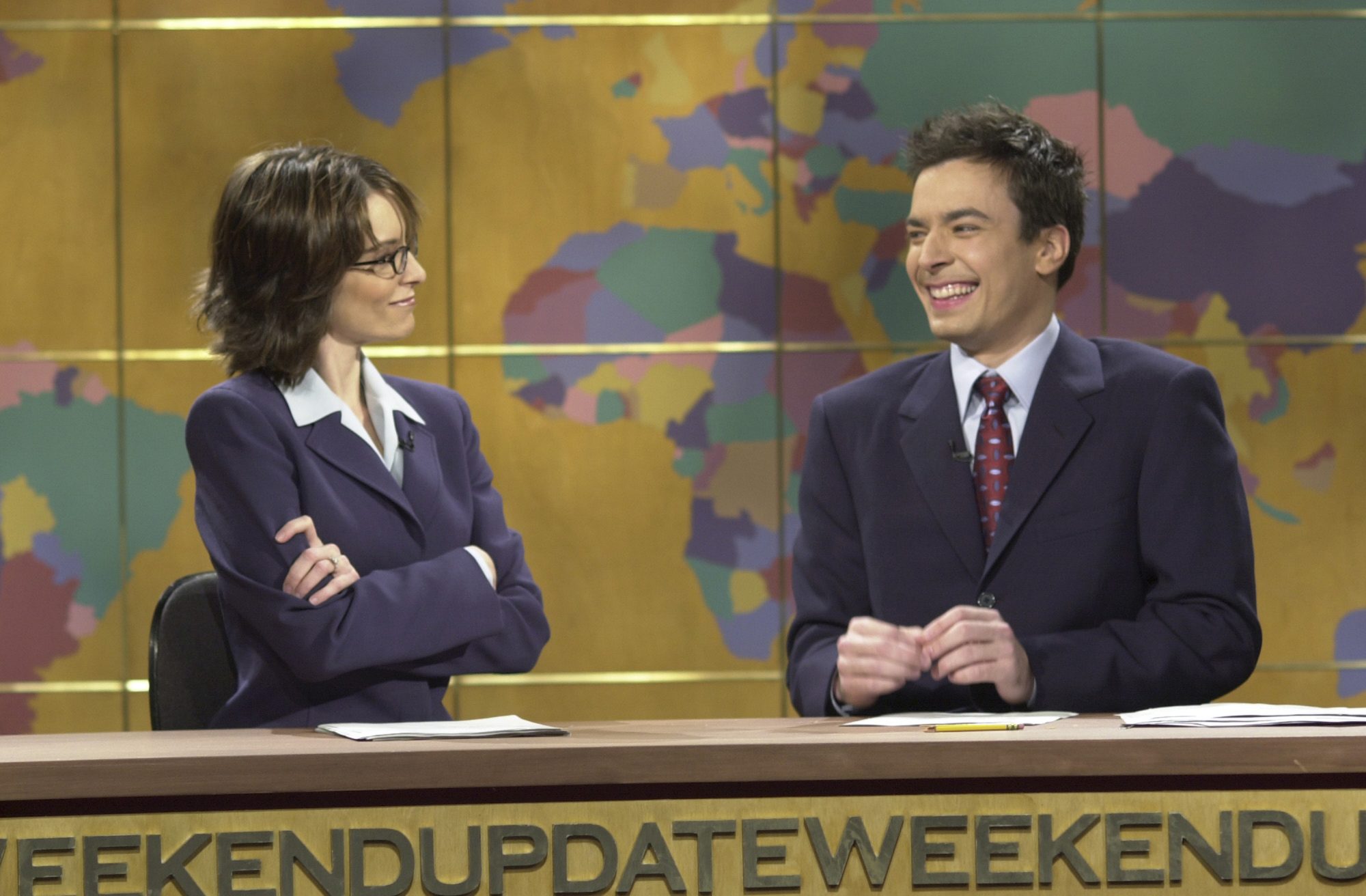 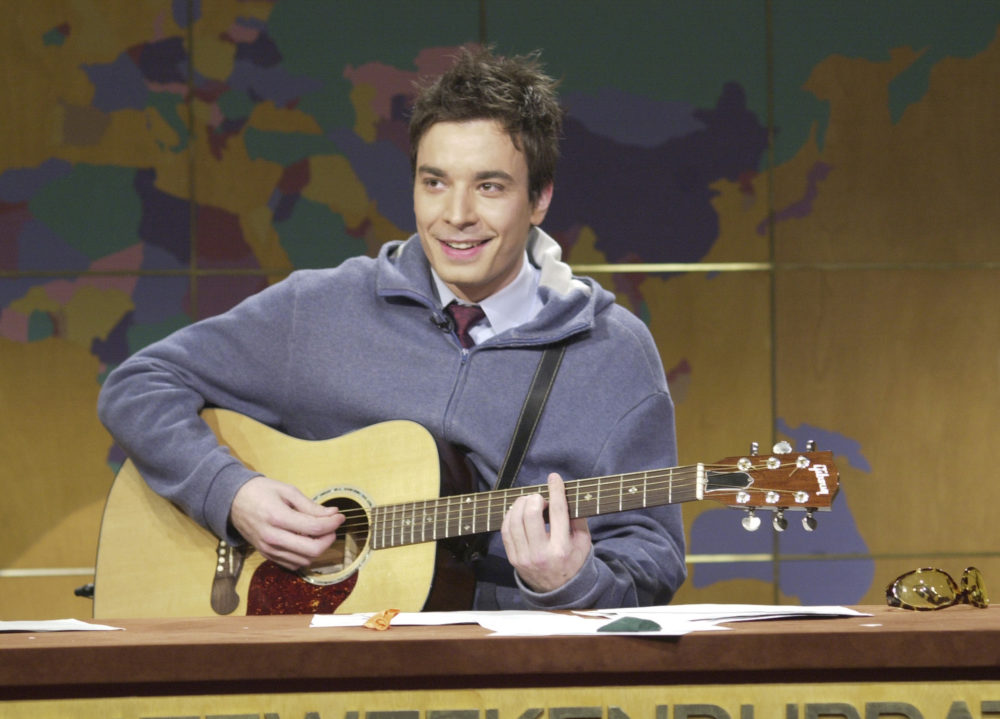 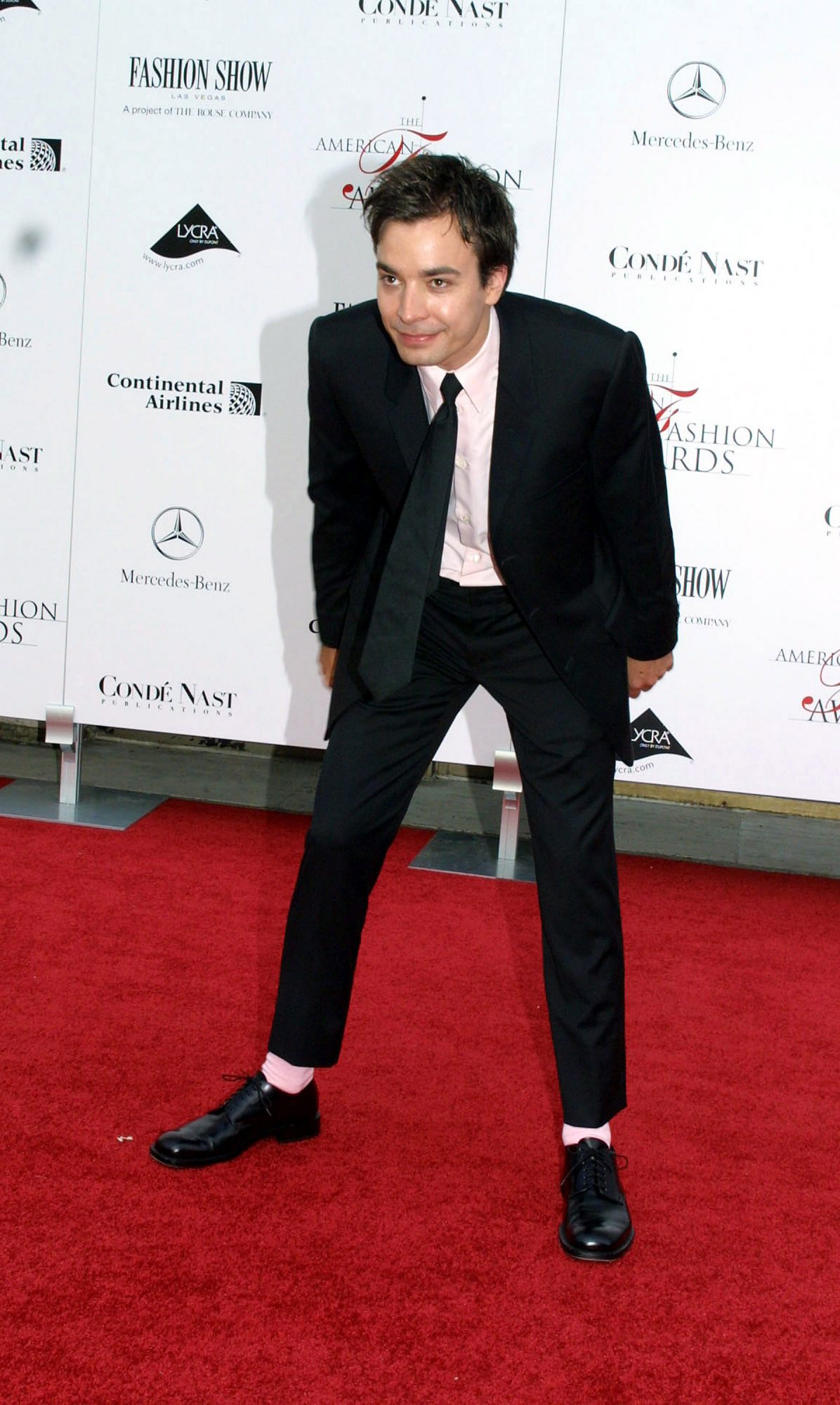 7. Looking FINE in t-shirt and a blazer during Mercedes-Benz Fashion Week, at the Imitation of Christ Fall Collection 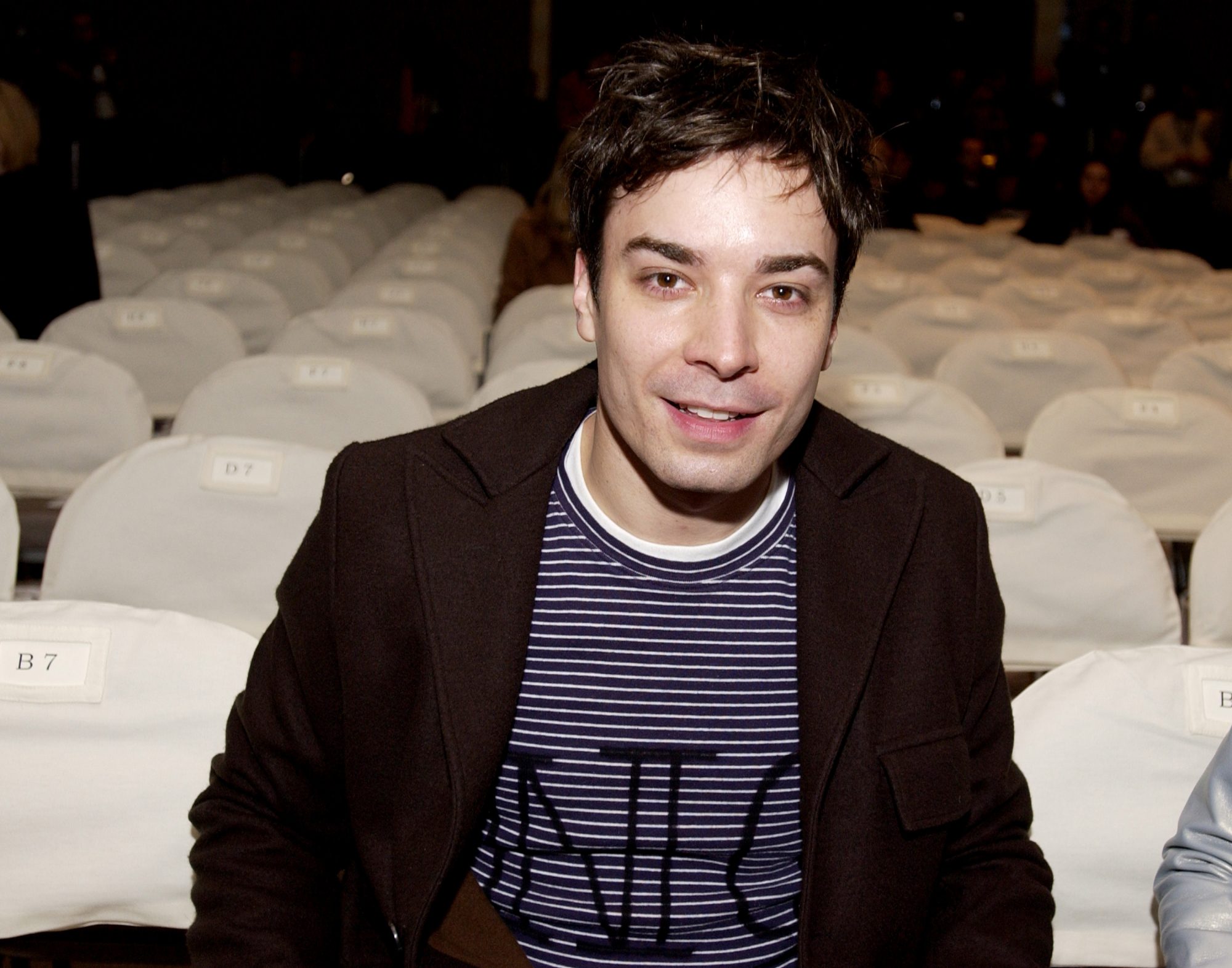 8. Wearing a reddish-brown suede suit in front of Mick Jagger. We’re not sure why, but this ?’s us up. 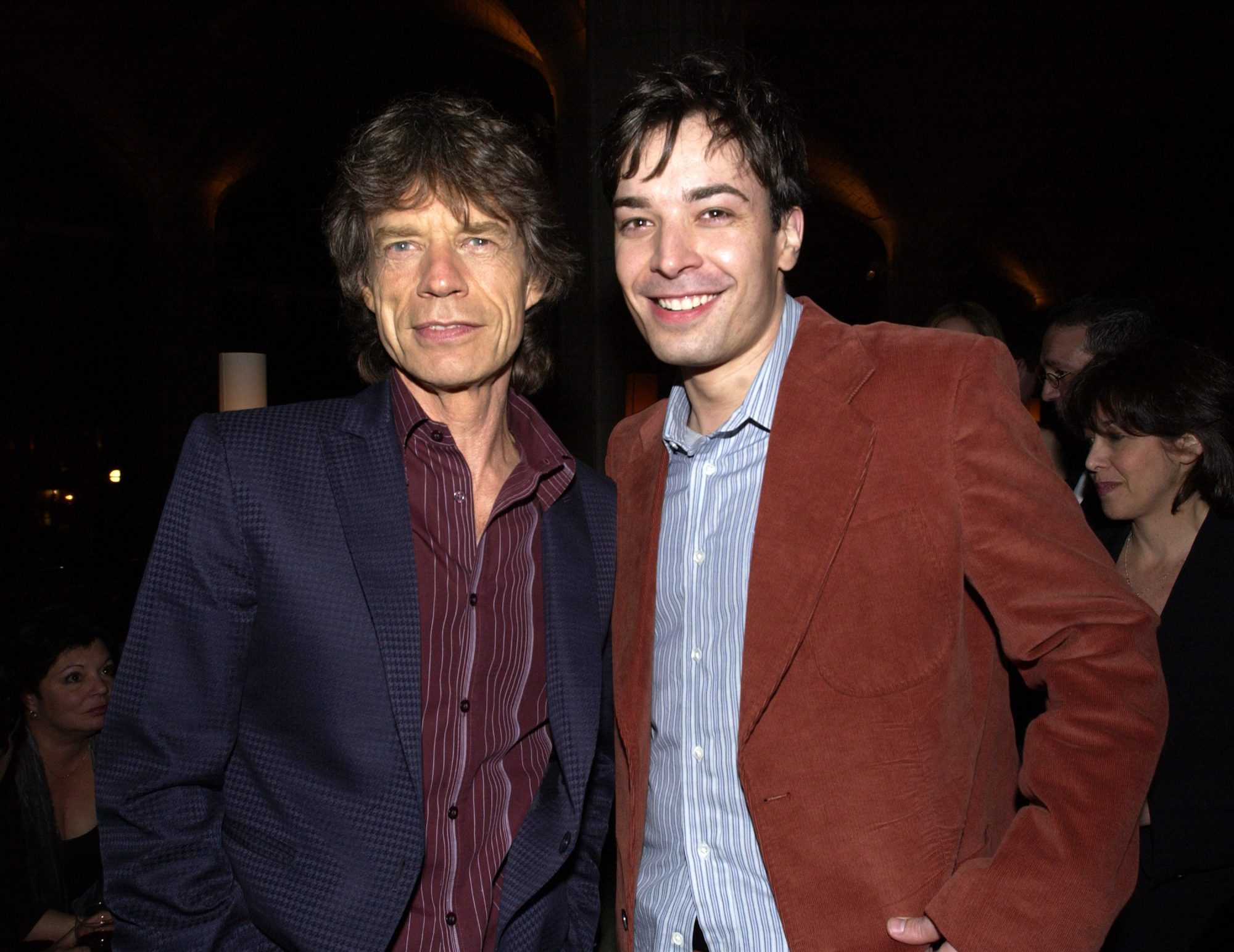 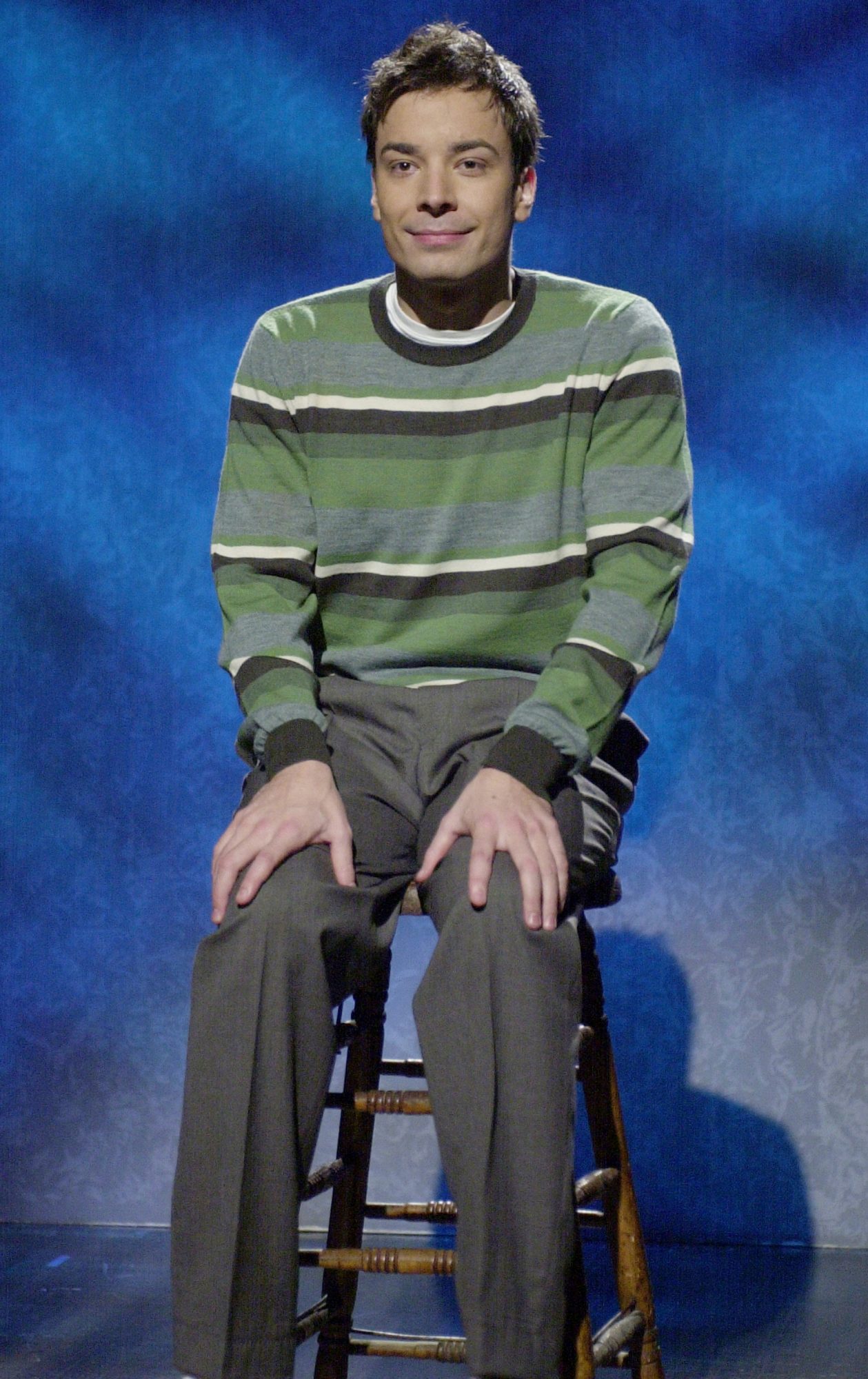 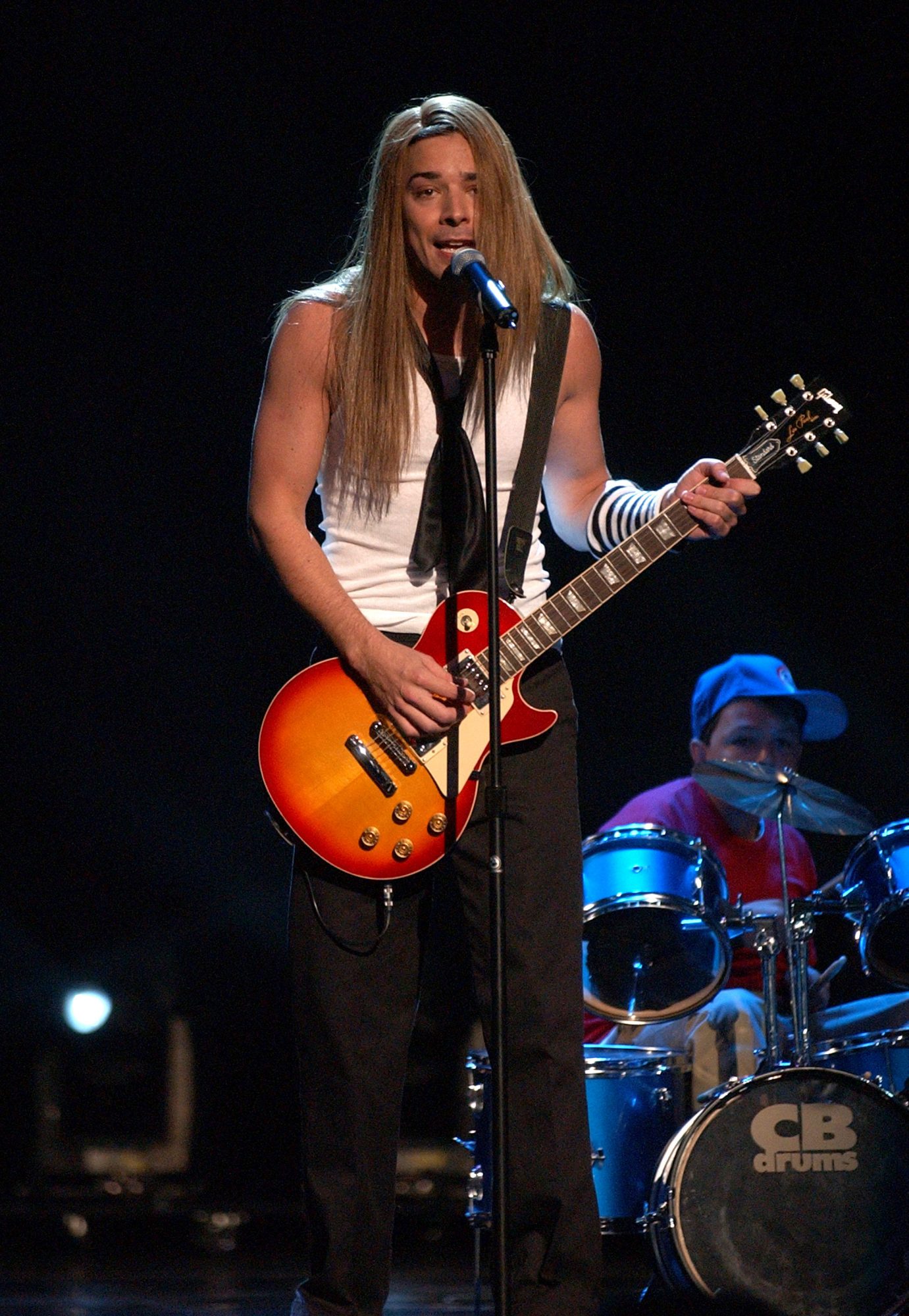 11. As an 8-bit Jack White, also during the most epic awards show opening EVER (see below). 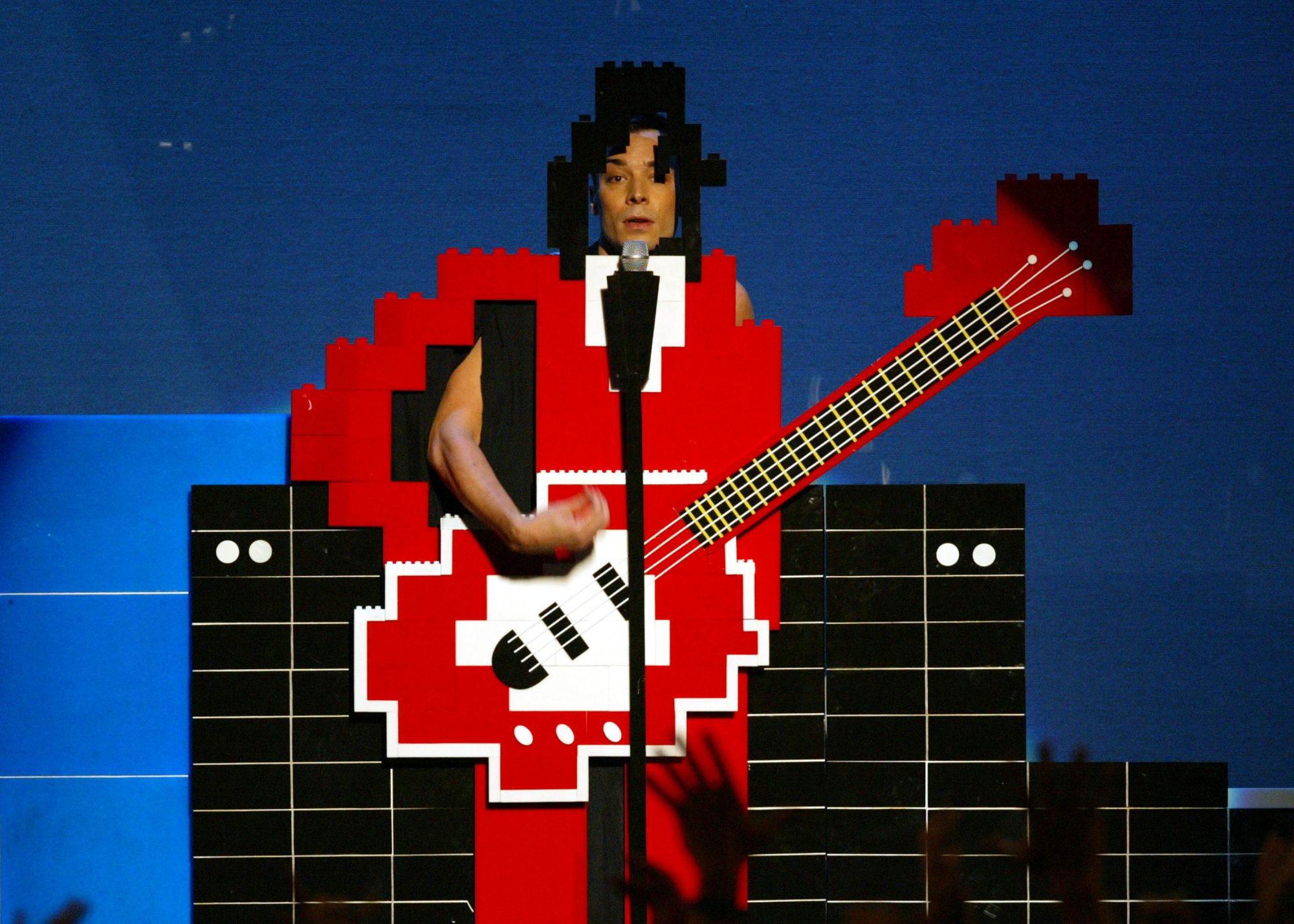 Please reference: the most epic awards show opening EVER. 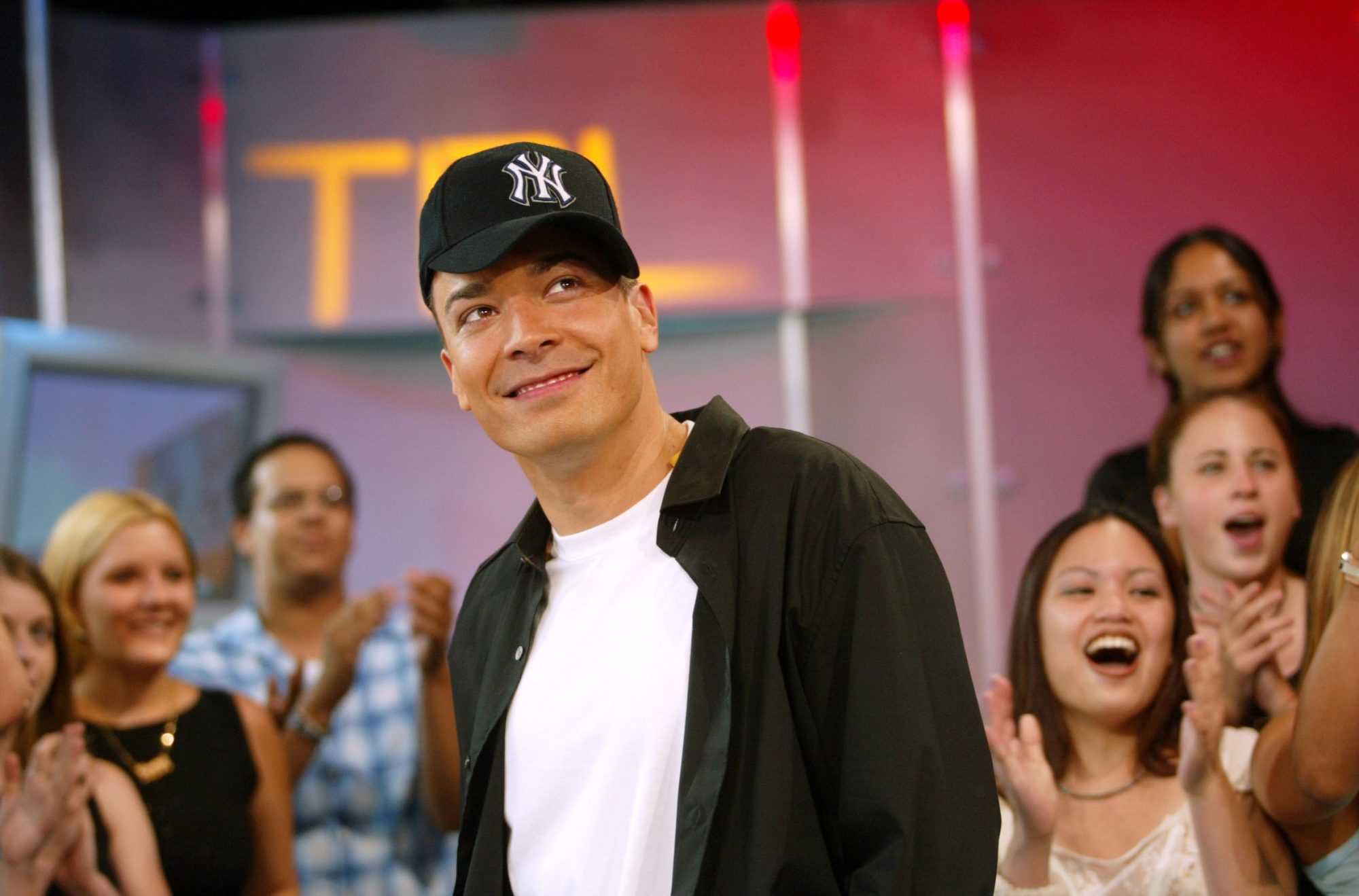 13. Making and Jay Leno crack up on The Tonight Show, before he was a host. 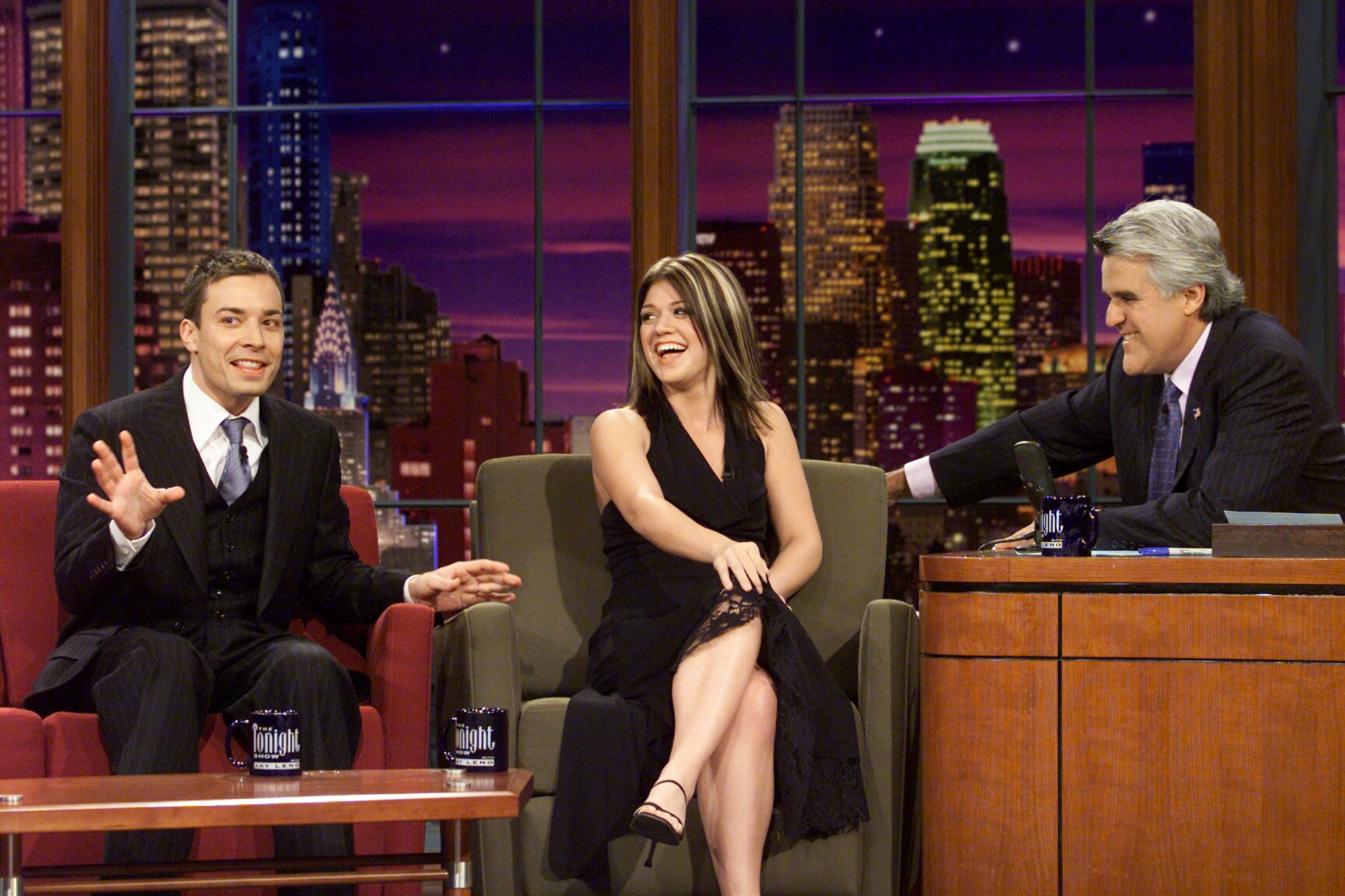 And the rest is history. A beautiful, beautiful history.