Selena Gomez made headlines after her appearance at the Billboard Women in Music Ceremony, and for good reason — Selena’s heartfelt speech and chic leather pants were a few buzzworthy moments.

The singer/actress made an incredibly touching speech in which she touched on her recent kidney transplant and thanked her BFF Francia Raisa for donating the organ. It was all just an incredible display of courage, and we like to think her brave wardrobe of choice reflected this.

Instead of the usual red carpet gown, Selena opted to rock a super modern, fresh look. She wore a sleek black bustier tucked into a pair of incredibly chic black leather pants with geometric cut-outs running down the legs.

The look was bold and strong and badass, much like the singer has proved herself to be. It was like she chose to subvert the usual awards show attire to make this event about something bigger. And we love that.

It’s also worth noting, of course, that Selena’s vibe was right on trend. 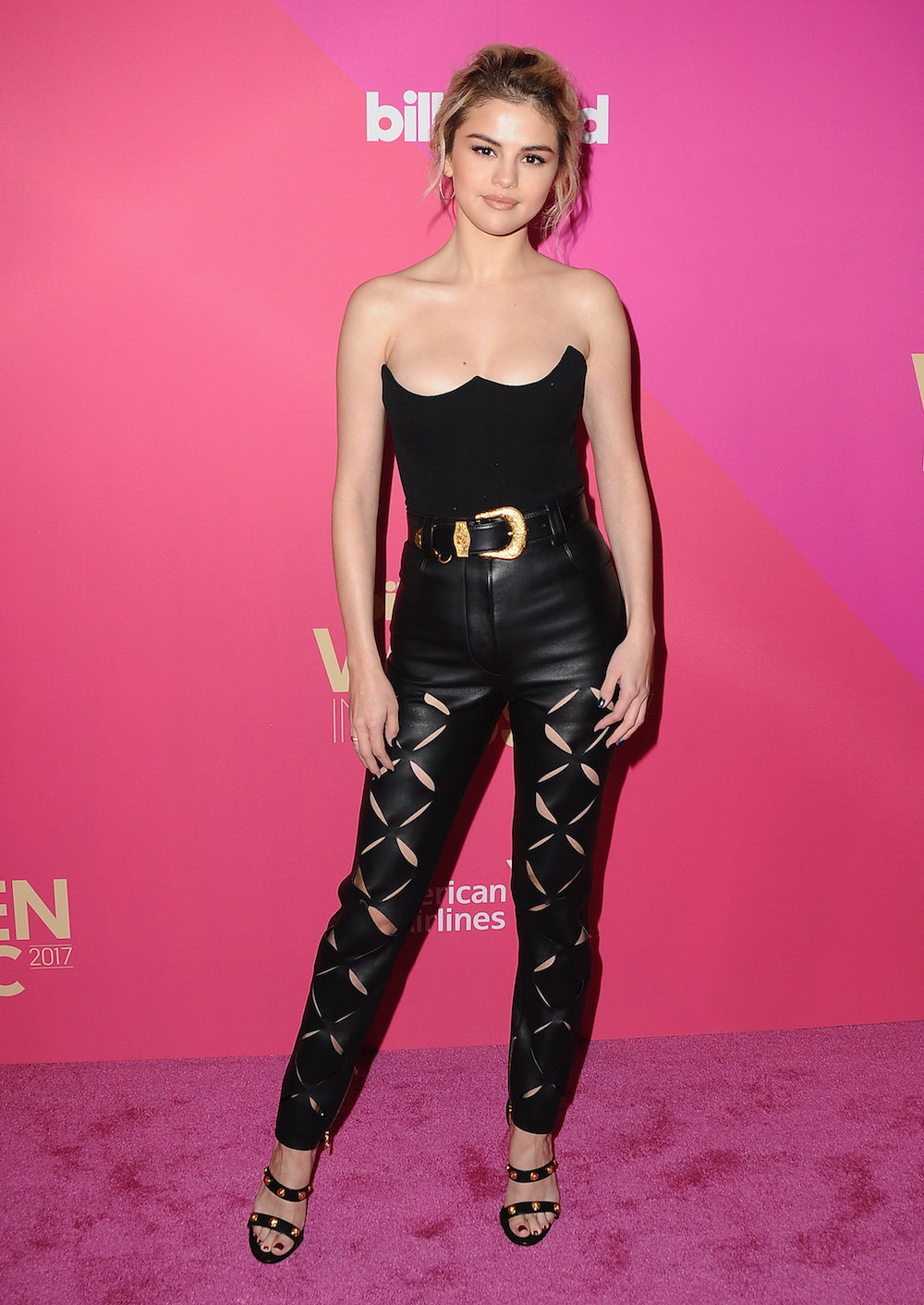 Leather pants are incredibly fashionable, and while they may seem intimidating to the uninitiated, they’re actually super flattering and perfect for the holiday season.

If you want to channel your inner Selena Gomez at the Billboard Women in Music Ceremony, here are 11 leather pants to shop.

Yeah, we’ll take one of each, please.