Coming out feels like falling in love with yourself. It’s committing to yourself for life, accepting your identity, and allowing yourself to be completely honest about who you are. You have to stop hiding from yourself when you come out of that closet.

I came out as bisexual when I was 20 years old.

Since college started, I had toyed with the idea that I wasn’t completely heterosexual. In high school, I went on a few dates with boys and I was in the Gay Straight Alliance club as an “ally.” At the time, our club was mostly straight girls trying to make our already fairly liberal school even more accepting. I’d always had crushes on female actresses, but I never really crushed on girls I knew in real life — which was confusing.

In college, I started meeting more and more people on the queer spectrum.

When I first met the girl who would become one of my roommates and best friends, she told me she was bisexual — I wanted so badly to say, “Me too!  but I didn’t really know if I was, in fact, bisexual.

I think I knew I wanted to be bi, but I wasn’t sure if I was allowed to claim that identity yet. 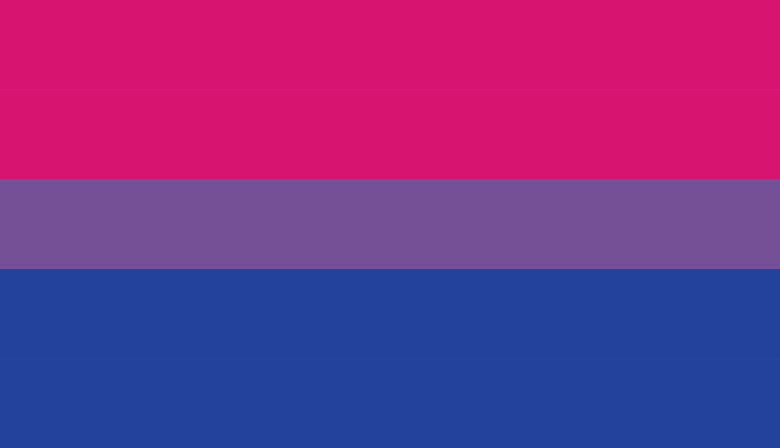 For years, I thought I wasn’t allowed to call myself bisexual until I had similar experiences with men and women. That is so far from the truth — all you have to do is know your sexuality, and then you can claim it. You don’t need proof or a list of references — you’re not applying for a job. I’d only dated boys, and I was afraid that if I came out and never fell for a girl, I would have come out for nothing. It would have been embarrassing to take it back, and I would have felt like a liar.

I didn’t grow up in a conservative area or with narrow-minded parents — quite the opposite, actually. I grew up in a liberal suburb of San Francisco with family who taught me the importance of respecting people, and told me that everyone — both people like me and nothing like me — deserved kindness. My first role model in the LGBTQ+ community was a teacher I had in sixth grade, but despite our liberal environment, I got the sense she wasn’t allowed to be vocal about her sexuality. There were subtle hints, but it wasn’t until a few years later that I knew for sure she was gay.

So how was I supposed to think there was any other option besides being straight?

I barely had any examples of non-straight role models. There are very few queer characters in media, and I can probably count the number of bisexual women on television on one hand. Representation, which is instrumental in coming out, is still sparse. In general, we still don’t have enough public acceptance of the LGBTQ+ community. 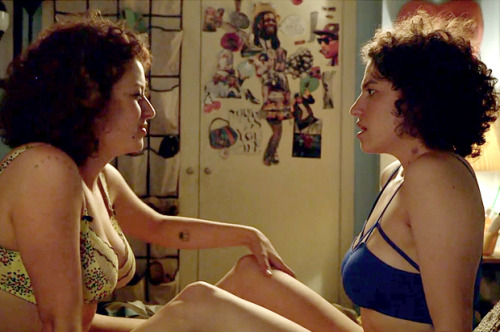 After reading articles and finding more queer role models, I learned about the sexualities I’d rarely heard of. Our society is extremely heteronormative, and I hadn’t noticed it until I realized I didn’t belong in the heterosexual category.

I learned that biphobia existed, which I’d never considered, and I learned about the unfortunate stigma in the LGBTQ+ community in regards to being a “gold star” gay.

There are many frustrating myths about bisexuality, including the assumptions that bisexuals are more likely to cheat on their partners, or more likely to “become” heterosexual or gay once they’re settled down with a more permanent partner. It’s not uncommon for both gay and straight people to feel uncomfortable dating bisexual people — we’re in the middle, not “gold stars.”

When I was ready, I slowly came out to my closest friends, most of whom were not surprised. (No straight girl loves Sarah Paulson as much as I do, or gets as excited when a queer couple appears on a television show.)

I’d already talked about my sexuality with my queer friends as I was discovering my identity, and my straight friends who hadn’t previously known about my journey were supportive. When I came out to my parents, I bawled like a baby — finally having that weight lifted off my shoulders was more emotional than I expected it would be. They were nothing but loving and supportive, and they have continued to be in my corner. Even my few conservative friends and family members have responded with encouragement. Unfortunately, I have many friends who have not received such wonderful reactions to their sexuality, so everyday I am grateful that I got so lucky.

In the future, I hope coming out gets easier for young people. As a society, both queer and heterosexual folks can fix that.

If you do not identify on the LGBTQ+ spectrum, it’s your responsibility to be the best ally possible. Don’t intrude on queer spaces, like gay bars or clubs. Support queer organizations and individuals, and help normalize them in your community.

If being queer hadn’t been such a taboo subject when I was younger, I probably would’ve realized I was queer in elementary school. Heterosexuality should not be the default, and we all need to work on that.

This is my advice to anyone who is in the process of coming out: Be kind to yourself. Constantly validate yourself, and take all the time you need. Find some good role models in the LGBTQ+ community, whether they’re people you know in real life or people on the internet. Allow yourself to fall in love with yourself — every beautiful facet of your identity.

Everyone deserves love, and that includes you.