How coming out to my dad as queer strengthened our relationship

June is Pride Month and Father’s Day is on June 21st.

My dad and I were taking a walk when I came out to him. I’d started with a story—explaining to him that a friend of mine had recently come out—to test his response before telling him that I thought I might be gay, too.

After I said it, he was quiet—occasionally asking me questions like: “How long have you had a crush on this girl?” and “Do you want to tell people?” Cocooning his silence were his reassuring words that he loved me exactly the same and would continue to support me.

Although he had several of his own close LGBTQ+ friends, I’d worried that my dad would react negatively to my truth. One of the bullies at school had convinced me that, even if they seemed accepting of other people, most parents felt differently when it was their own child coming out, that just because my dad’s close friend was a lesbian, that didn’t mean that he would support me. I spent weeks feeling anxious before finally gathering the courage to ask him to take a walk with me on that day in seventh grade. Taking long walks was one of our favorite things to do together, and we cycled through several conversation topics before I finally said it: I had a crush on a girl, and didn’t think I was straight.

“The moment of coming out to loved ones is a memory and impact that extends throughout adulthood,” explains Mary Borys, LCSW and member of the Alma mental health co-practice community. I would come out dozens, if not hundreds, of other times in my life: To my friends, to the rest of our family, to coworkers, to jewelry salespeople, to wedding vendors. But coming out to my dad at 13 was one of the first times, and it was a major improvement over my previous experience (I told my friend Alicia in fifth grade, and she spread the news to our classmates and stopped hanging out with me). 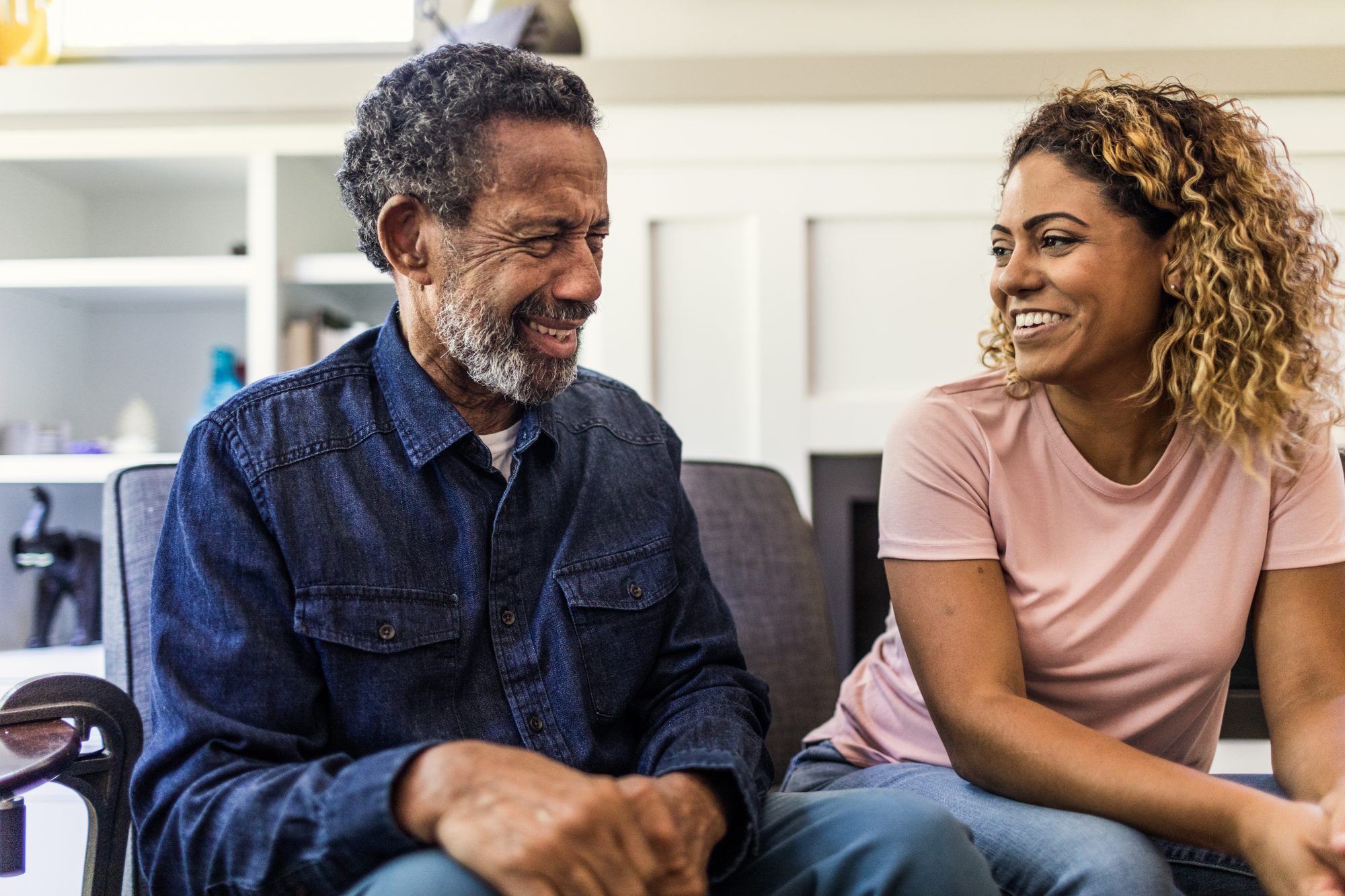 My dad wasn’t perfect. He’s become a better ally to the LGBTQ+ community over time.

At first, he expressed some doubt that I really knew who I was at 13. He was concerned that I should wait before coming out to more people. But those were minor missteps compared to the unwavering support he offered me, treating my first few girlfriends the same way he would treat any significant other—not letting us shut the door in my room, taking photos of us before we went on dates, giving me ground rules about kissing and staying out late. I never felt any less loved because I was crushing on girls.

“When a parent or caregiver is loving, supportive, and accepting of LGBTQ+ kids and teens, it shows them that they are deserving of loving, supportive, accepting relationships,” says Borys. “Despite progress, there is still adversity to be found for LGBTQ+ youth. Knowing their individual worth based on the relationship modeled by their caregivers is paramount to their own views of self-worth and esteem, which in turn are major factors in anyone’s quality of life.”

I slowly became more comfortable being honest with my dad, who’d taken on the task of raising me as a single parent after my mom died. It started with my coming out, but soon I was asking him for advice on how to navigate dating and what I should do when my friends were drinking at 14. The best thing that he did was respect me as an autonomous person, even when I was in middle and high school. When I told him I was in love, he believed me and didn’t belittle my 13-year-old emotions. If I was crying over heartbreak or stressed that I wasn’t pretty enough to get a girlfriend, he was ready to listen.

Coming out as queer actually brought my dad and me closer together.

In high school, I retreated back into the closet because I was going to a new campus and was afraid people wouldn’t like me. I’ll never forget the side glance my dad gave me when I told a group of friends over for the night that “some people seem to think I’m gay, but that’s just a rumor.” His look simultaneously said, “I love you and your new friends will too” and “What are you talking about; you’re so obviously not straight.”

But my queerness isn’t what deepened my relationship with my dad—it was the fact that I could finally show up as my whole self and be seen for who I am. When I experimented with every gender presentation and clothing style under the sun—the band T-shirts, the gothic pants with straps and chains, the rainbow leggings, the suit jackets, the lipstick and heels—he was unwavering in his support. I cut my hair, I dyed it blue, I wore it long and beach blond. I was still the person who would stay up late to try to beat him at Scrabble. 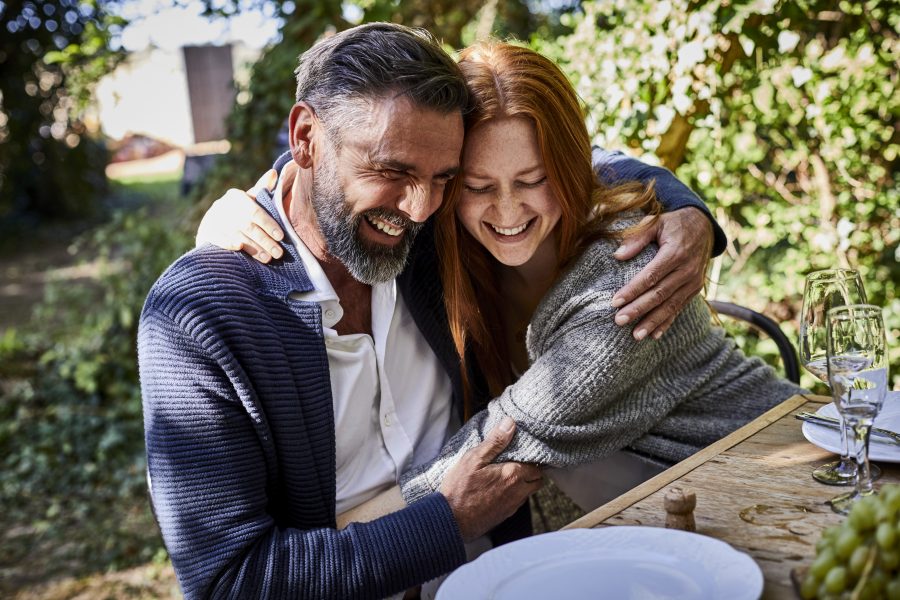 There is a safety in knowing that you’re allowed to be who you are without judgment. My dad very rarely even influenced me or offered an unsolicited opinion. I spent my teenage years in search of who I was, and he was happy to let me figure it out. When he told me that it was okay to go on dates with several people at once as long as it was consensual, I told him I wanted to either stay single or be in a committed relationship, and he supported that. If he felt I needed advice for the health of any relationship, romantic or otherwise, he would share it. Because his guidance never felt forced, I usually considered his words and followed the parts that worked for me.

When I prepared to come out to my dad, I imagined it would create distance between us. How would he, a straight single father, know how to relate to a queer teenager?

I didn’t think he’d be able to empathize with the nagging feeling that bubbled in my throat when I spent time with people I wasn’t out to, or how hesitant I was to hold my girlfriend’s hand in public because of the time a bunch of guys yelled, “Dykes!” from their pickup truck.

He didn’t have the lived experience, but he empathized. He listened without imposing his own feelings or thoughts onto what I was going through. We talked about LGBTQ+ storylines in shows we watched and he steadfastly opened our home up as a safe space for friends who had been kicked out by their parents after coming out.

During that initial walk with my dad, I was nervous because he was quiet—even though I knew he was an introvert who takes his time to process. When we got home, I nervously asked him if he saw me any differently.

He replied easily, “I promise I’ll always love you, pumpkin.” We still take long walks together. These days we’re winding through Boston Public Garden or along the beach that’s a short distance from where my fiancée and I live. I’m grateful to be walking with someone who sees me.