This study says that college majors are affecting the wage gap

Welp, it looks like the wage gap may be affected by college majors, and whether the people in those majors are mostly women.

A new report from Glassdoor claims that male students dominate university majors which lead to higher-paying jobs, whereas women dominate majors that lead to lower-paying jobs.

According to Glassdoor chief economist Andrew Chamberlain and senior data analyst Jyotsna Jayaraman, this distinction could contribute to the nationwide gender pay gap, in which women earn 80 cents for every dollar a man makes – and that pay gap is even wider for women of color.

It also represents how jobs and fields considered “feminine” are historically devalued — and how women are not encouraged to pursue stereotypically “masculine” fields. 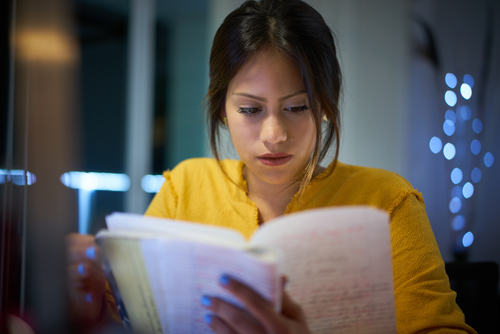 "Because men and women systematically sort into different college majors, they experience different early career paths, which pay differently," Chamberlain and Jayaraman wrote in their report. "These pay differences, in turn, reveal themselves as major contributors to the well-documented gap between male and female pay in the labor market."

Men are the majority in nine out of 10 majors that lead to the highest-paying jobs, such as engineering, IT, and statistics. Women dominated six out of 10 of the lowest-paying majors, including social work, education, and liberal arts.

"Our findings suggest that solutions to today’s remaining gender pay gap must go beyond examining current pay practices among employers," Chamberlain and Jayaraman wrote. "Instead, they must also address pipeline issues — including the choice of college major — that help drive men and women into different career paths and pay."

This isn’t to say you shouldn’t study what you love – but you’ll probably earn a bigger salary if you happen to love engineering.