Chrissy Teigen told this speed-dater what to say through a hidden earpiece, and LOL

Her Twitter feed is constantly hilarious, so we figured that if Chrissy Teigen happened to prank speed-daters, it’d be pretty stellar. The good news? She did prank one speed-dater in a new video released by Vanity Fair, and it was everything we dreamed it’d be.

Here’s the premise — Teigen and her buddy Derek Blasberg gave a gentleman named Danny an earpiece, and fed him lines when talking to the ladies. It definitely helped that Danny could hold a decent conversation. Even in-between Teigen-fed lines (like asking a date if they were on MySpace) he really pulled it all together.

In fact, Danny went off on his own a few times, since Blasberg and Teigen couldn’t stop laughing.

It definitely gets a little strange when Danny asks his first date, Leslie, why she’s single.

"Um, that's a great question that every woman wants to be asked," she said with a bit of sarcasm.

Teigen started shipping Danny and Leslie together right after hearing her handle the question like a champ. They do have the whole auburn hair connection thing going on.

Then again, his second date Mary Lou was totally cool when asked if she’d rather be cremated, or put in a coffin. 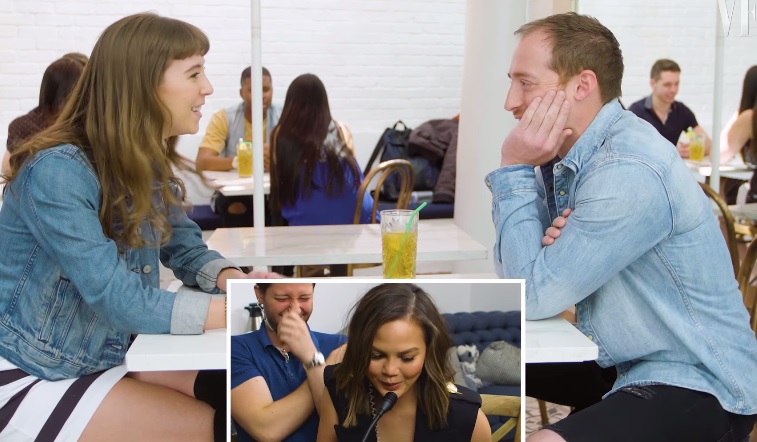 Danny was so convincing, that Teigen even started building up an attraction to him. Watch out, John Legend!

His third date, with Beatriz, was all about dogs. She has two dachshunds. But Teigen gets a bit of a shock when she claims she hates bulldogs since Teigen has two of her own.

But that love is quickly reinstated when Beatriz exclaims that she’s a big Chrissy Teigen fan.

She also loves John Legend, and thinks the two of them together are totally #familygoals. 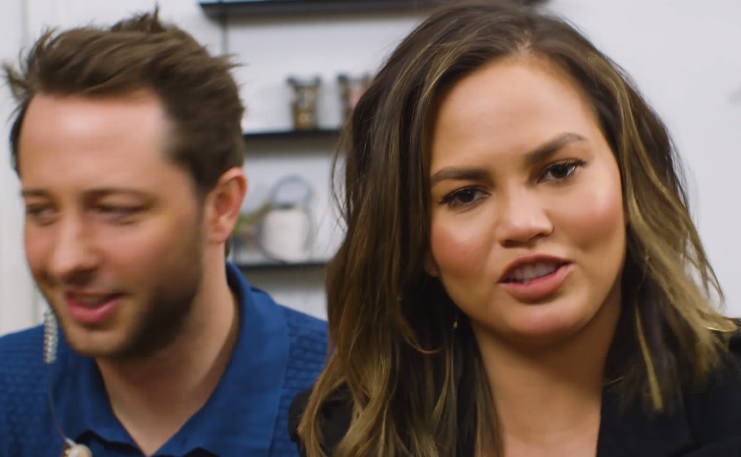 "She won," Teigen said while leaving the studio. "She clearing f-ing won."

But after a brief meet-and-greet, the dating continues. Danny goes on to date Erika “with a k,” Tiffany, and Kaiesha — who he was asked to hold hands with, to see whose hands were prettier. 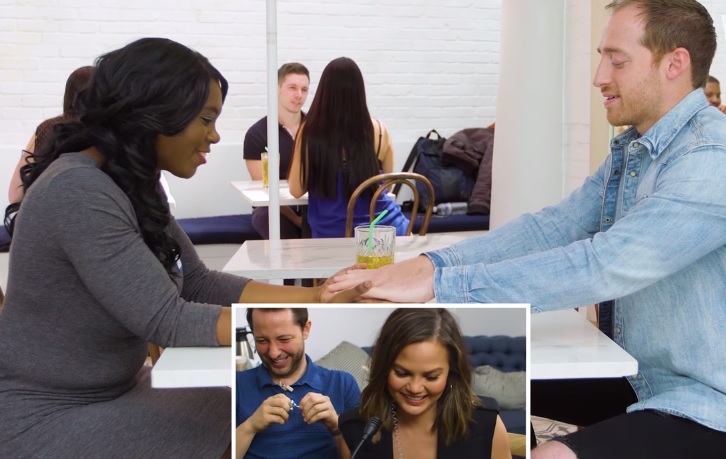 Even with these awkward encounters, we have a feeling that Danny won’t be single for too long.