The Oscars wouldn’t be the Oscars without moments that make at least a few people uncomfortable. Tonight, Chris Rock has definitely surpassed that, and for good reason – the awards’ lack of diversity over the years, including this year, is a huge problem in Hollywood.

So we’re scratching our heads over why Stacey Dash – who has lately made controversial comments about these issues, including a call to eliminate black-inclusive and targeted outlets like BET – made a brief, very awkward appearance on stage earlier tonight after being introduced by host Chris Rock as the director of the Oscars’ new “Minority Outreach Program.” 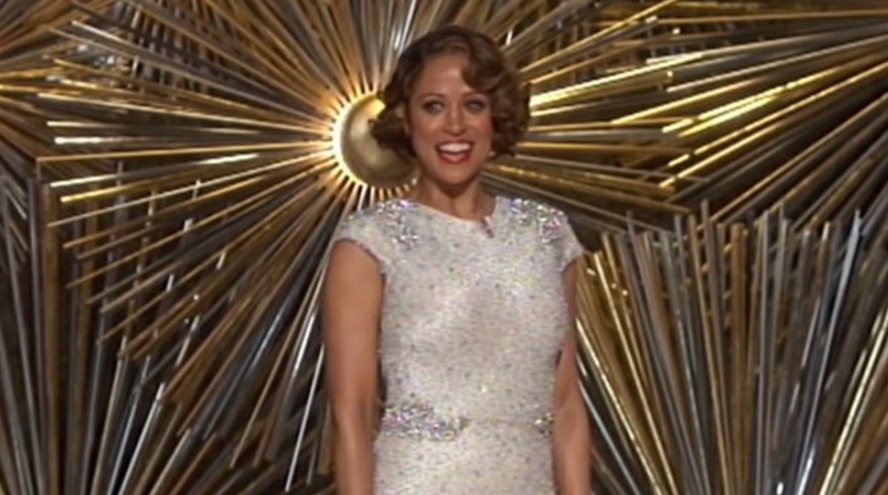 “I cannot wait to help my people out. Happy Black History Month!” Dash addressed the crowd enthusiastically before making her way offstage.

The crowd was noticeably pretty quiet aside from a smattering of applause, because how does one react when they know Dash has spoken out specifically against Black History Month?

But some of the audience members had no shame in expressing exactly how they felt about the moment – namely one of our favorite women in Hollywood, Chrissy Teigen, whose expression said what we all felt in a moment captured beautifully on film.

And just in case people weren’t sure about the intentions behind her beautiful reaction, her husband and daddy-to-be to their daughter, John Legend, was on Twitter to clear things up.

We’re waiting patiently for the thinkpieces on this head-turning portion of tonight’s show, but until then, we’ll add this photo to our list of Best Chrissy Teigen Awards Show Reaction Faces. Because I mean, where would we be without her?

As for Dash, only time will tell whether her unexpected appearance was a joke we just didn’t get or something else entirely. In the meantime, we’ll just keep fangirling over Teigen watching Rock’s hilarious, powerful opening monologue on repeat.