Chrissy Metz, star of “This is Us,” just opened up about body positivity in Hollywood

The fight for diversity in television is going strong — and not just in terms of race and culture, but for sexuality, body image and religion as well. With the recent Emmy awards said to be the most diverse and inclusive ever, it makes all of us who don’t believe we meet the typical standard of beauty feel represented.

Chrissy Metz of the new NBC television series This is Us takes on an important position in this inclusivity discussion, as her new role introduces another side of beauty to prime time. Chrissy, as a plus-size woman, isn’t the butt of jokes or flustered with self-esteem issues; instead, her character Kate is much more than her weight, and according to Refinery 29, promises to be one of the most poignant and relatable roles on prime time. Chrissy sat down with the woman-empowerment outlet to discuss her new role in the series, and speaks the truth about body positivity. 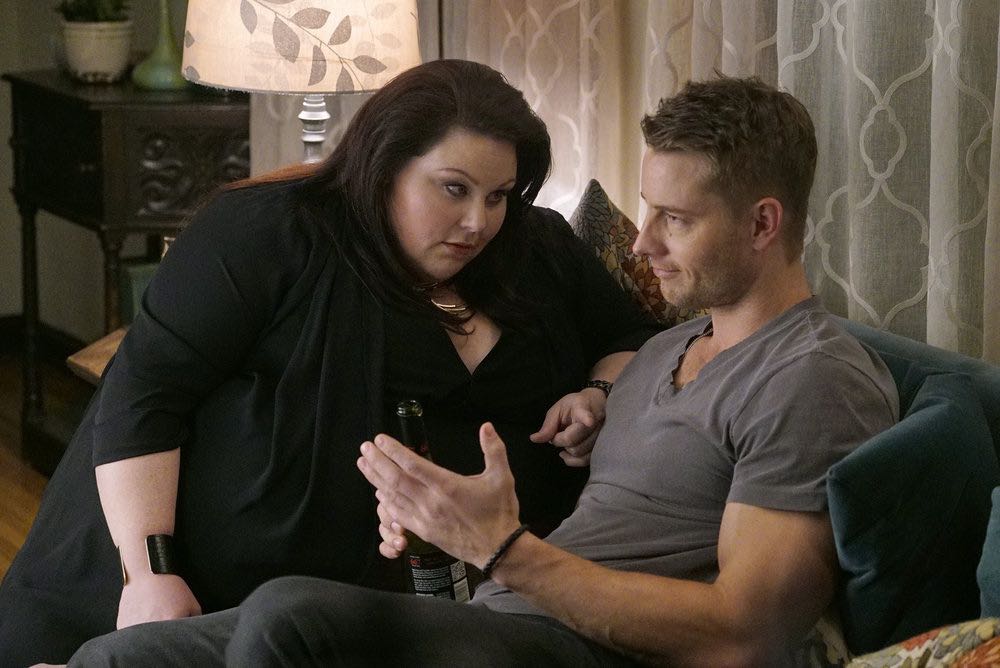 When asked about the pressures of accurately depicting the life of a plus-size woman in the workforce, Chrissy Metz answers perfectly:

"So there is a responsibility, of course. I feel a sense of responsibility to represent actors, plus-size actors, plus-size women, or people who are struggling with their weight. I have that experience, and I really want to do it justice. You know, it's one thing to struggle with your weight here and there, but for me, it's been since I literally was a child, since I was a little girl. I get it. I get it as me, Chrissy, and then Kate, as a character."

No matter how big or how small, everyone is prone to battle with weight insecurities, which is why it’s so important to know that “weight” isn’t a discussion that only takes place in the plus-size community. In the premiere episode, her character Kate weighs herself naked in a dynamic opening scene. It proved to be extremely daunting for Chrissy Metz to do, because…duh! Weighing ourselves is extremely personal and puts us in a vulnerable place, no matter the body type. Imagine having to do so on set in front of 100 crew and actors!

"I think anybody who gets on a scale finds it scary and nerve-wracking. We take all the clothes and the earrings and everything we can off to make sure that every single ounce is accounted or not accounted for. I spoke to the women working behind the scenes after we did that scene. And they were saying, 'My god, I could have never done that.' But why? Why could you never have done that? Why do we care so much about what other people think? All that matters is how you feel about yourself. That’s all that matters. Everybody else has their own thing.

Being a leading lady on a major television show, Chrissy encounters a ton of criticism. She makes a great point about feeling beautiful while on television, especially when your body type isn’t normally the most sought after.

"It’s interesting, because I've heard, 'You're too pretty to play the big girl.' What? Wait, so plus-size women can't be attractive?"

But at the end of the day, it’s all about how you feel about yourself. Easier said than done, we know…But not feeling absolutely satisfied with your body is completely normal! There’s always something we wish we could change, and Chrissy Metz knows about this all too well.

"I truly believe that if you don’t accept yourself or where you're at, you can't get to the place where you want to be, or become the person you feel you're supposed to be. I go back and forth. I’m like, 'Yeah, I'm cool, it's fine!' And then, 'Ugh.' I'm not ever gonna be a tiny girl, but I have an idea of a size that I would like to be. I've always had this idea in my mind, but at the same time, I'm not beating up myself. I'm not saying, 'I wish I was this, I wish I was that,' because it's counterproductive."

And because of the easy access to movie star diets and social media fitness inspirations, it’s super easy to develop body envy. That’s why it’s important to reaffirm body positivity to ourselves often.

Thanks to Chrissy Metz for speaking so honestly. Body positivity is a journey for all of us.

Filed Under
body image • This Is Us
Latest