What are Hillary Clinton’s plans for tackling women’s issues if elected? Chelsea Clinton explains to us personally

Tonight, Hillary Clinton and Donald Trump will take the stage at the University of Nevada in Las Vegas for the third and final presidential debate. It goes without saying that this election is a monumental one—particularly for women. So, HelloGiggles spoke with Chelsea Clinton over the phone to discuss what her mom, Hillary, hopes to achieve for women if elected president.

Chelsea outlined three critical changes that her mother hopes to implement right away, plus three more she’s planning that might not affect us immediately, but will in years to come.

“Every issue that my mom is talking about, the policies that she’s fighting for—even those that aren’t always framed as women’s issues, are women’s issues, because we’re affected by them, said Chelsea. “I’m owning my bias that I think things that may be framed broadly are equally important for us to think about.

Short-term goal #1: Put higher education within reach for all Americans, and take on the crisis of student debt.

“My mom hopes to change how we think about higher education. So that hopefully anyone can know that their ZIP code or their parents’ income isn’t limiting how they think about pursuing their dreams, through college as well as graduate school. That’s important to my mom, because my mom paid for law school entirely through loans. I remember the day that my mom wrote her last check to pay off her law school loans. She thinks that anyone should be able to go to community college for free, and anyone that comes from a family that’s making $125,000 or less should be able to go to public college or university tuition-free. And anyone who has debt today, or is thinking about graduate school, should be able to pay back existing loans, future debt, as a percentage of their income. No one should ever have to pay back more than 10 percent of their income to pay off what they had to do to be able to have the career that they wanted. I think that’s hugely important. Almost by definition, that affects women more than men, because now women are the majority of the people going to college in our country, and increasingly in different graduate schools they’re the majority of people going to graduate school around our country.”

Chelsea recalled her mom’s own journey with paying back her student debt. Hillary’s first job after attending law school was with the Children’s Defense Fund, and because she was working in the public interest, she received a grace period for repayment. Once Hillary began earning a real income, she began making student debt payments as a percentage of her income.

“That enabled my mom to take the job that she wanted to take, and also to not have to use the salary that she did ultimately wind up making to entirely pay back her student loans so she could help support her family, explained Chelsea. “Because she knows how important that flexibility was to her own life, it’s something she feels so strongly should just be the standard in our country.

“If women do decide to have a family, or if heaven forbid someone gets sick or they themselves get sick, they can take time off and not worry about losing their job or losing all their income. That’s deeply personal to my mom, because when she got pregnant with me she realized her law firm didn’t have a maternity policy, because no one who’d ever worked there and got pregnant had ever wanted to come back to work full-time. So she wrote her firm’s maternity leave policy, which included four months of partial paid time off. Which was pretty radical back in 1980, but would also be pretty radical in 2016. Paid family and medical is really important, and although it’s often framed through pregnancy, having children is not the only thing that happens in our lives or in our family’s lives.” 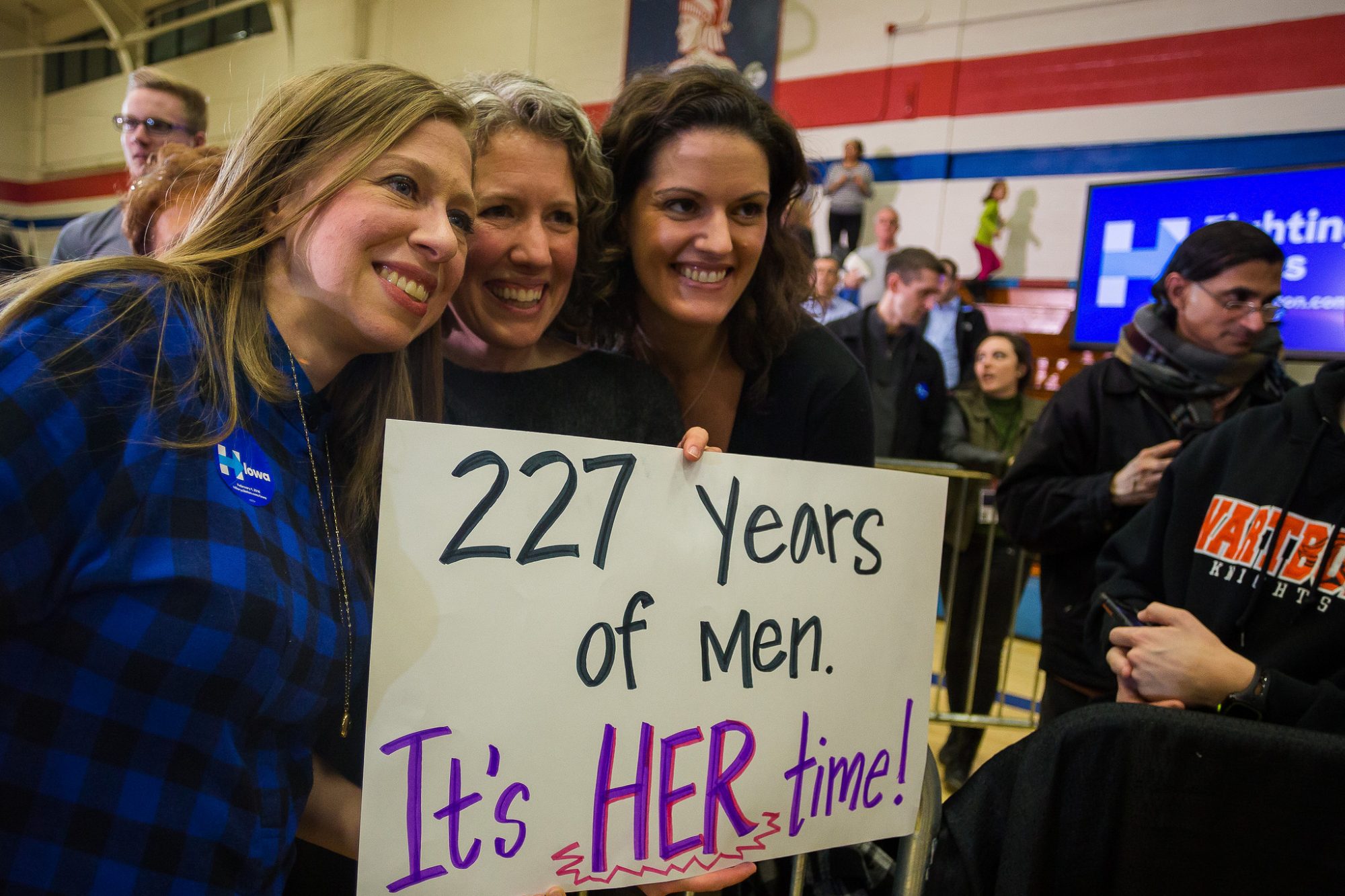 “Getting to universal pre-kindergarten, but also getting to a place where no one has to pay more than 10 percent of their income for childcare, partly because of changes she hopes to make in the tax codes but also through expanding quality childcare options for families. It’s hugely important given how critical those first few years of life are. And even if HelloGiggles readers decide to not have kids, that’s still something we should still care about. Because all the research around how crucial those early years are to later health and productivity and happiness—hopefully that’s something we all want for our country and society.”

Long-term goal #3: Take on the threat of climate change.

“We have to recognize that climate change is real, and not a hoax, despite what Donald Trump says. And we need a real response to it at every level. Because if we don’t stop the warming of our planet, everything else goes out the window. Although this isn’t thought of historically as a women’s issue, by definition it’s going to affect all of us; all of us have a stake in doing something about it. I think it matters that my mom is the only person running for president who both recognizes it’s real but also has real fleshed out plans about what to do to help stop climate change and help ensure that our planet and our resources are around far into the future.” 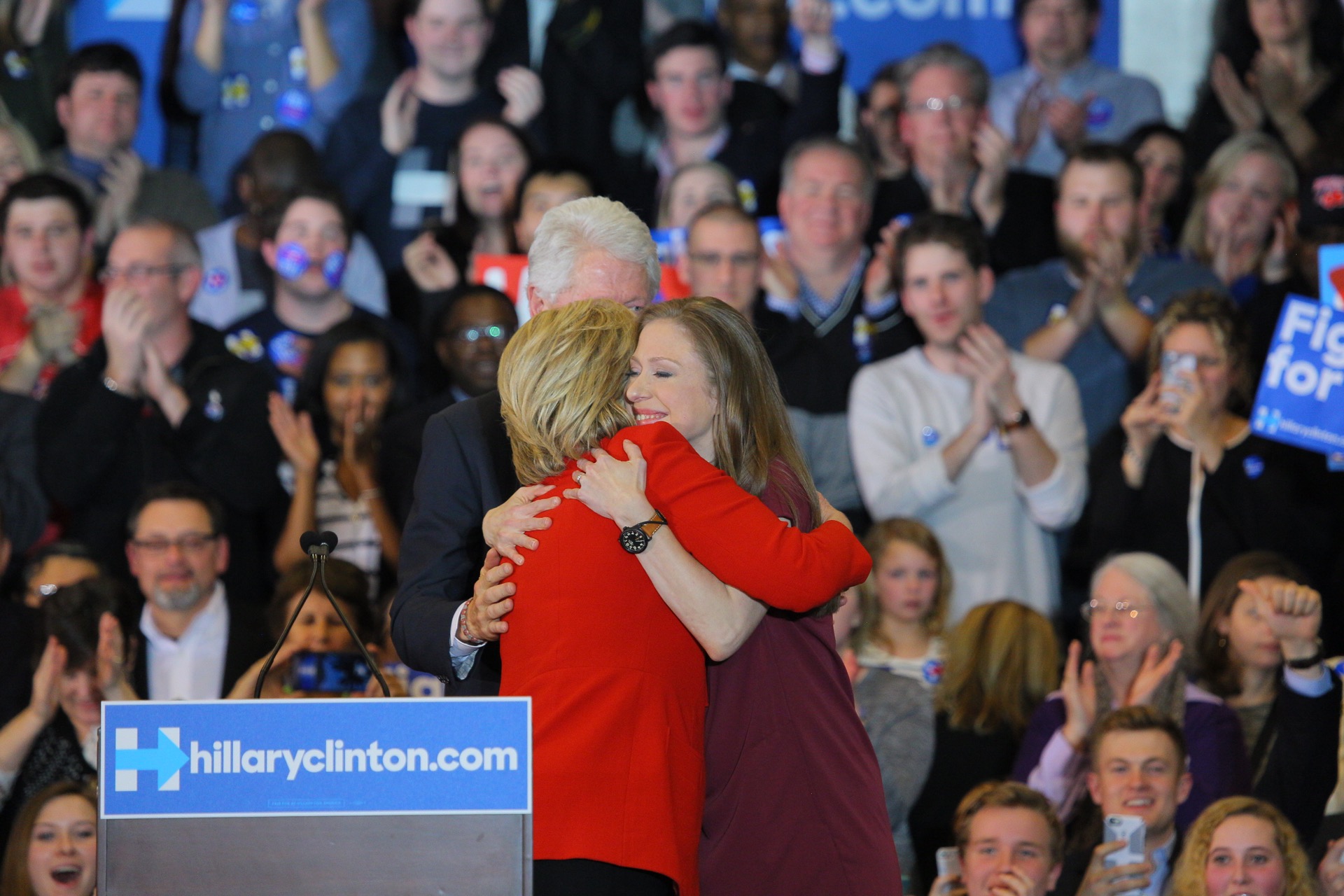 “All of the attention that has been paid to what Donald Trump has said about women should not distract from attention being paid to the horrific things that he has said about Muslims, about immigrants, about minorities, about Americans with disabilities, about our veterans, and about the LGBT community, said Chelsea. “If we as women are offended by what he says about women, we have a moral obligation to be equally offended about what he says about any American or any person because of perceived gender identity, immigration status, religion, race, or disability status. We have to have that sense of solidarity. I feel that so strongly. We can’t let that be taken away from us.

You can learn more about all of Hillary Clinton’s stances on issues on her website.

Let your voice be heard on election day! Visit I Will Vote to register, check your status or update your registration.