Last night’s episode of Girls has the Internet buzzing and not just because it focused entirely on Marnie in a new and touching way. The show brought back a character we thought we’d never see again: Charlie.

Charlie, Marnie’s longtime college boyfriend, left “Girls” after the second season when the two suffered and abrupt but dramatic breakup. We were just a bit devastated that we’d never see these two together again. Well, our prayers were answered, because on last night’s episode Marnie bumped into her old flame on the street. 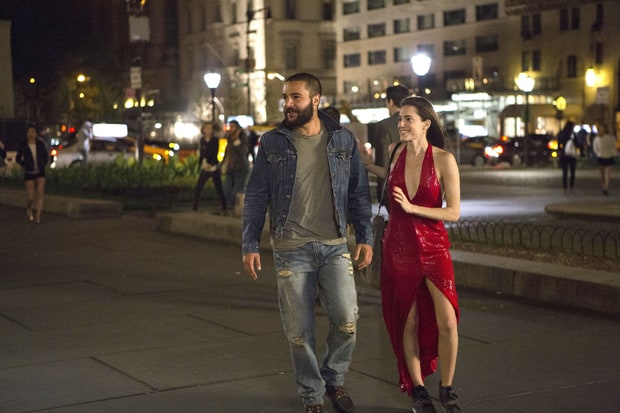 We had a hint that Charlie, who is played by Christopher Abbott, would be back on Girls for an episode when the Internet spilled the beans about it last summer. Christopher quit the show in 2013, Page Six reported, because he was “at odds with Lena [Dunham],” the show’s creator and star.

Suffice to say, this bombshell absolutely rocked the Internet, and the heartfelt storyline that came along with seeing Charlie on Girls inspired fans to take to Twitter to express their feels.

Lena Dunham, the writer behind this particular episode, was moved by the reunion, and posted about Charlie’s return on Instagram with a throwback photo from 2011:

Lena also congratulated Alison Williams on a heartfelt performance of an episode that she admitted on Twitter was particularly emotional to write:

It looks like if Lena Dunham and Christopher Abbott were having artistic differences on set at some point, they’ve patched it up nicely. We don’t know what this means — is Charlie back on Girls for good now? — but we do know that, after the episode’s twist ending, Marnie’s future is wide open. We can’t wait to see what she does with it.