All the characters that WERE your sexual awakening

Before things got very, very real in the romance department (we’re looking at you, teen years), there were those glorious moments when you were transitioning between having absolutely no sexual interest in anyone or anything and really understanding what those interests meant. These are some of the fictional characters who were the very first to make us *~*feel things*~*.

He made this objectively creepy line 12-year-old sexy.

He was cat/ghost from Hocus Pocus. Human versions of ghosts/plucky non-human BFFs were very hot in the ’90s.

Really, the main guy in Hocus Pocus did it for us, too.

WE NEVER WOULD HAVE LET GO, JACK.

Oh, did you forget the 1997 classic Jungle 2 Jungle? Because your uterus sure hasn’t.

Playing Tim Allen’s son in the ’90s basically guaranteed you’d give tween girls butterflies. Plus, Jonathan Taylor Thomas, who played Randy, was the speaking voice of Young Simba in The Lion King, so bonus crush points.

You know, from the DCOM classic Motocrossed.

You wanted to be her, be with her or both.

Or, for that matter, Erik von Detten in anything in the ’90s.

Isis from Bring It On

Her attitude was pure sexiness.

Our love for him is a NeverEnding Story. 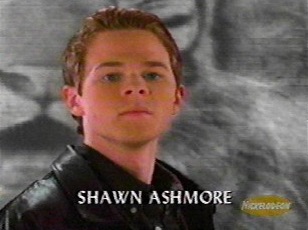 It was the beginning of an enduring one-sided romance with Shawn Ashmore.

And speaking of people who Cory Matthews totally loved.

By the end of this movie, we were collectively all like: