She may be mere weeks into to motherhood, but mommy-shamers haven’t wasted any time giving grief to Shay Mitchell. When Mitchell and her boyfriend Matte Babel dared to attend Drake’s 33rd birthday party on October 23rd, the Pretty Little Liars alum came home to a plethora of negative comments about how she’s a bad mother for leaving her newborn for a night out. Ugh.

"I haven’t been really checking my comments that often, but apparently people are really upset that I left three days after having a kid to go out and party, Mitchell said in a video uploaded to her Instagram story on October 29. “It wasn’t three days and she was with [my dog] Angel, so…"

(Even when clapping back, Mitchell has the wherewithal to make a joke about her dog. Love.)

In the video, Mitchell scrolls through the comments section on her October 20th Instagram post, which announced the arrival of her new baby. One comment read, “Wait. So you literally just had her and you’re more worried about clubbing with Drake? Wooow.”

Another Instagram user commented, “Mother of the year award right here!!!! As if you seriously could leave your baby to go party?!!! I hope the child’s aid look into this and your abilities to be a good parent cause damn!!! Lacking some serious skills there sweety! #selfish.” 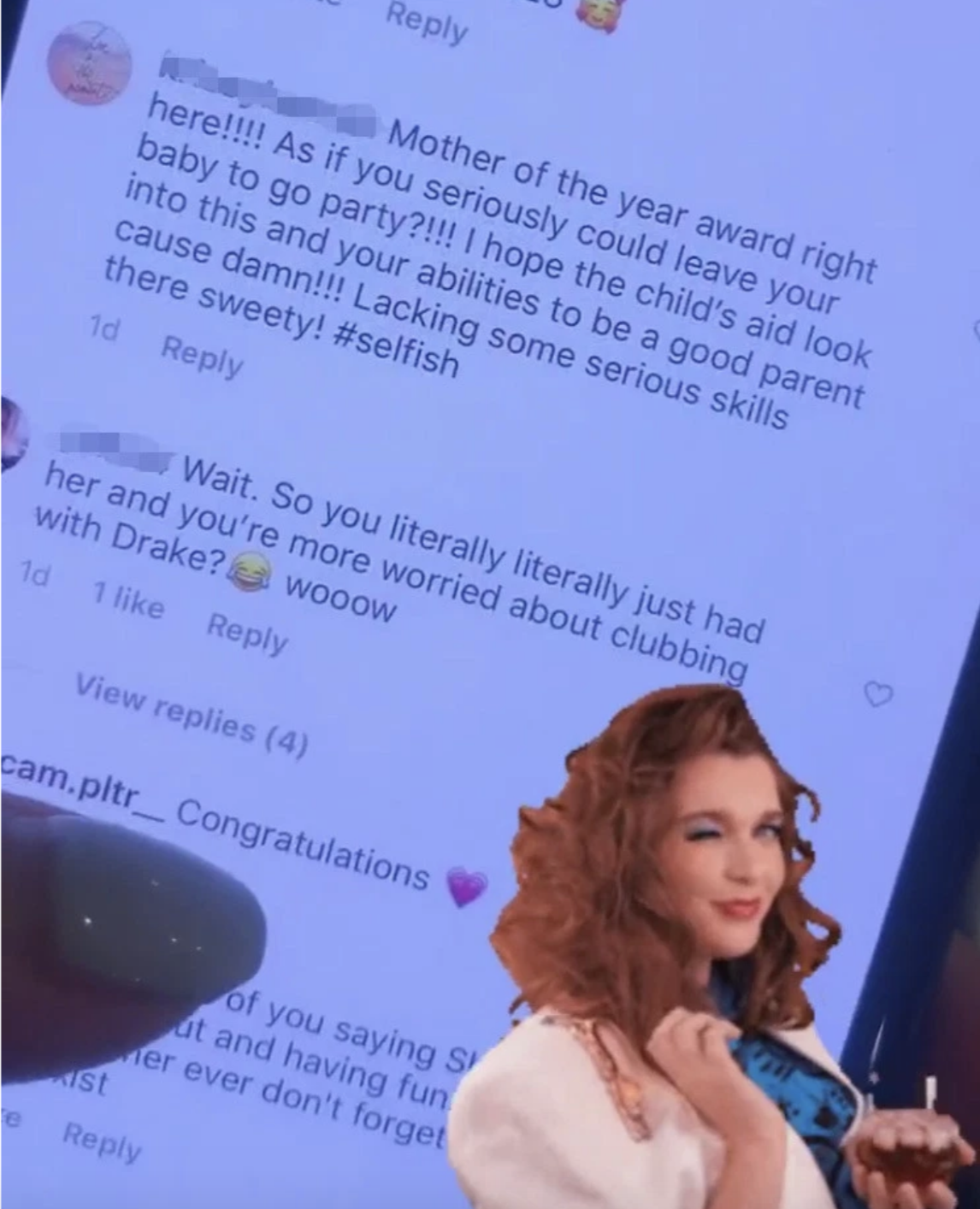 Responding to Mitchell’s Instagram caption, “Never letting go…” another follower wrote, “…except when there’s a party to go to, right?! Disgusting…leaving your newborn only days after her birth.”

Mitchell wrote back, “days? Lol honey, just because I posted on that day doesn’t mean she was born on that day.”

It’s easy to attack and make each other feel guilty over social media, but is it really necessary? Um…no. Keep doing you, Shay. You’re allowed to have fun and be a good mom. Shocking, we know.